On Tuesday, a Texas grand jury handed down an indictment for assault with a deadly weapon. The weapon in question: a GIF. This is because journalist, commentator, and relentlessly prolific anti-Trump Twitter dude Kurt Eichenwald, who has photosensitive epilepsy, claims that a hostile @ mention from a #MAGA Twitter guy named John Rayne Rivello gave him a seizure.

We can all chuckle at the idea of a GIF being considered a lethal weapon, but the grand jury's decision does pass a basic logic test: the GIF was allegedly designed intentionally and effectively to trigger a seizure, and epileptic seizures can be fatal.

But the legal logic is less than water-tight according to Jeffrey Fagan, professor of law at Columbia Law School. "My guess is that the GIF opinion will get overturned," he told me in an email. Laws about weapon deadliness vary from state to state, he pointed out, but more generally, without the excitement of a murder trial, courts "aren't willing to take on the idea of an ever-expanding definition of a weapon."

In fact, people get charged with—but not necessarily convicted of—assault with a deadly weapon for preposterous-sounding weapons all the time. Some of the stories are legitimately funny, while ones like Eichenwald's sound scary, painful, or both. These stories fit into a few categories: "obviously deadly, but a little weird," "Obviously deadly, and totally bananas," and "Probably not deadly."

1. Obviously deadly, but a little weird 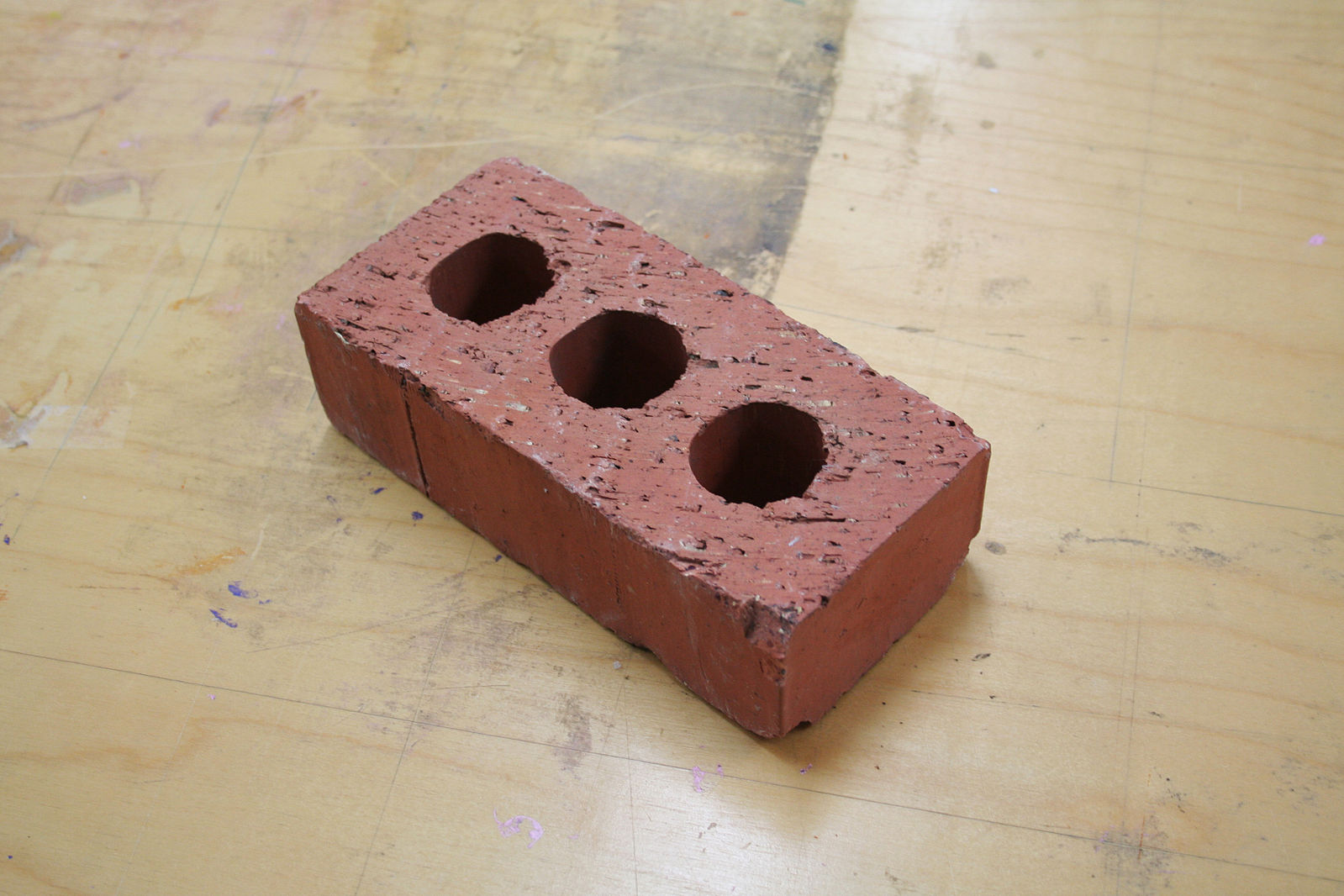 In 1902, the Mississippi Supreme Court heard a case in which an assault with a deadly weapon conviction had been overturned because the weapon was a brick, which wasn't explicitly mentioned on the state's list of deadly weapons. The court overturned the appeal, and the conviction stuck. "If the instrument, whatever it be, kills, it carries strong evidence of its being deadly," the court's opinion said. Moreover, the justices wrote, "it is for the jury to decide."

And yes, of course bricks can be deadly. Arrests for weird but totally understandable deadly weapons get made all the time. You might not think of a padlock, a pitchfork, a stapler, a meat thermometer, or a shopping cart when you conjure a mental picture of a "deadly weapon," but they've all been used in assaults.

The most illuminating of these stories is probably the one in which a weightlifting coach was allegedly attacked with a kettlebell by one of his students' dads. This is crazy because A) a kettlebell? Those are so awkward, and B) The alleged assailant was Diddy, as in: P. Diddy. In the end, charges were never filed, which should serve as a helpful reminder that an allegation of assault with a deadly weapon doesn't mean there's ever a formal charge, let alone a conviction.

Meanwhile, some crazy weapons defy definition as "deadly," not simply because the deadliness is in question, but because it's almost impossible to imagine anyone but a cartoon character using one in an assault. Consequently, reporters have maybe a little too much fun with the story ledes when they write about them.

For instance, in 1999, when a man was arrested for assault with a deadly weapon after he allegedly hit his girlfriend with a fish, a Reuters reporter started a wire article thusly: "Teach a man to fish and he will eat for the rest of his life. Give Nicholas Vitalich a fish and he will hit his girlfriend with it, police here said Tuesday." The fish was a frozen tuna, and the woman was knocked to the ground, suffering cuts to her face and legs.

Similarly, imagine being the victim of an assault with a crucifix, and having to explain that to the doctor who treats you at the hospital for cuts to your face. Imagine being the Wendy's employee who nearly got chomped by a three-and-a-half foot alligator because some lunatic allegedly chucked it through the drive-thru window. How would you feel if the mother of your children yanked off your prosthetic leg and started hitting you with it? Probably not great. 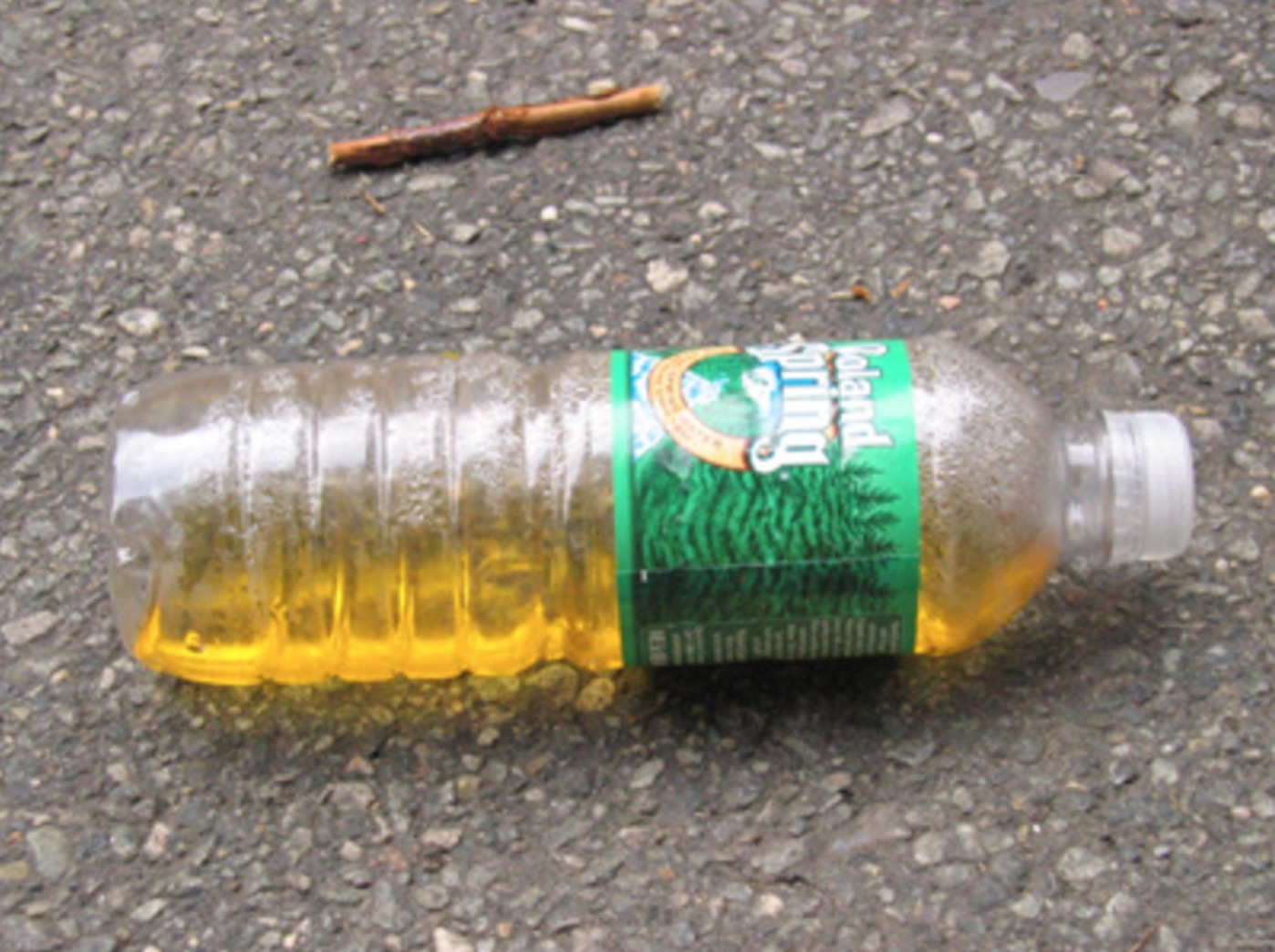 In 2015 West Palm Beach, Florida Sheriff's deputies charged a man with assault with a deadly weapon because he dumped piss on them. According to the Palm Beach Post the argument for the charge was that piss "can cause respiratory infection or permanent bodily harm." OK, sure, there's a little bit of bacteria in piss, but there's also bacteria in bottled water. In fact, many people enjoy having piss on them and inside their mouths, and they can be very reckless about where they put it without risk of death.

In other legally murky cases, weapons that are clearly non-lethal have gotten used in an arguably lethal way, like when a cheese grater was used in combination with a knife in a painful-sounding 2016 attack in Austin, Texas.

In an example more reminiscent of the Eichenwald case earlier this month, non-lethal pepper spray was deemed by a panel of judges to have been used in a way that made it deadly. The perpetrator in that case allegedly sprayed the victim with pepper spray in order to more easily deliver a potentially lethal beat-down, ergo, the pepper spray was a deadly weapon during the beating. It sort of makes sense, but as Fagan pointed out, it's so weird that it might be hard to make the charges stick.

Still, Fagan told me, the precise definition of a deadly weapon, "changes over time, and [is] always expanding." So if you want to completely avoid getting arrested for assault with a deadly weapon, here's a rule of thumb I just made up: don't attack another person with a heavy or sharp object, or a computer file—even if it's silly—if the thing you're using could ever possibly kill that person.