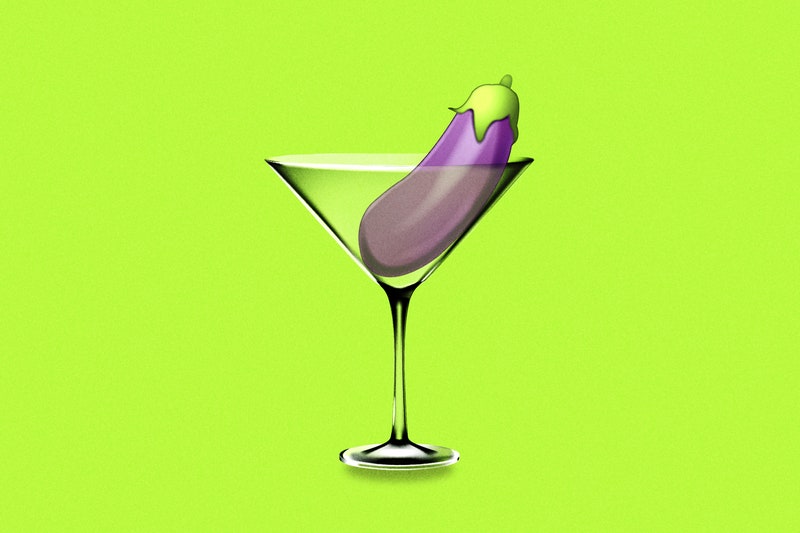 The apps are great. Bars are better.

Perhaps watching Queer As Folk when I was a young and impressionable teenager wasn't the best gauge of accuracy for how venturing out on to the gay scene would be. In my mind, everyone would be eye-fucking each other until, with the nod of a head, you'd be off with someone and go and get head (see what I did there?).

Admittedly, before the advent of hook-up apps, when I was a baby gay first on the scene, things were a little like that, just without the great lighting, flattering camera angles, and it wasn't being broadcast on Showtime. Things nowadays are very different. Not only are gay bars and clubs in crisis, closing left, right and center, but the art of hooking up has diminished. It's easy to drop a pin at your location and wait for a guy to come over, right? Who's got the time and money to drop $14 on a vodka soda and perch yourself in a bar while you attempt to make eyes at anyone you can?

Well, the answer should be YOU; you should have the time because this historic method to hook up is way more thrilling and rewarding than a few taps on your smartphone while you lounge on your couch watching old episodes of Drag Race. So, put down your phone and follow this advice and you, too, could take that hot guy home from the bar.

Use your eyes wisely

Any eager beaver in a gay bar can roam a room with their eyes, making contact with each Tom, Dick, and Harry in the place. That's the easy part. The complicated element of cruising like this is realizing firstly when to pack it in once you've scored, and secondly, how to use it sparingly.

The nervous temptation can be to seek out anyone who flings a glance your way and try and play a game of who blinks first. Be leisurely about it; there's no reason to rush into something. Note that it's sexy to be coy, but don't prolong things. If it appears you're both into it, for goodness sake go over and introduce yourself to them. Be wary, too, of searching around like a meerkat. It's better to go home alone than to get into something you don't want want to get into.

To drink or not to drink

Don't be that guy that only goes out to bars to pick up men, ordering sparkling water perched hawk-eyed at the bar waiting for drunk people to come up to you (creepy). But similarly, don't be that guy that goes out to get wasted, who ends up doing jello shots off go-go dancers' chests (that sounds fun, actually), and wakes up the following morning next to some guy named Chad who, you'll later find out, is your boss's son (pitching this concept to Netflix, btw).

Basically, when it comes to drinking do what's sensible for you. Liquid courage, if that's your thing, is helpful, but be wary of your limits.

Don't be afraid to, y'know, talk

We live in an age where people are more and more afraid to talk to strangers. It's why the apps are so damn popular. But don't be scared to initiate conversation with someone who catches your eye. You could end up having a glorious evening discussing your favorite books before you head back to your place and fool around. In fact, the worst that can happen is that someone gives you an odd look (it happens) or tells you that they're not interested in chatting. If that's the case, don't be a dick about it; just walk away and find somewhere else to go. Conversation, however, is key.

The killer can be confidence

The thing about using hook up apps is that everything is so surface. If you're not ripped like a pair of old Levi's you're profile can get overlooked. Face to face, while this certainly still happens, you have more of a chance of successfully hooking up with someone you find attractive because you get to be you, and the best way to show yourself off is to be confident. Shyness is cute and all, but if you're stumbling all over yourself unable to even make eye contact then it's not going to work. And a note here: Confidence is more than skin deep. In the immortal words of Mama Ru: If you can't love yourself how the hell are you going to (make) love (to) somebody else?

Don't take it too seriously

Despite what TV dramas and romantic comedies might teach you, hooking up with that hot guy from the bar shouldn't be a mission with every eventuality planned and plotted. It should be fun. It should be casual. And the end result shouldn't be everything. The successes and the rejections are all part of it.