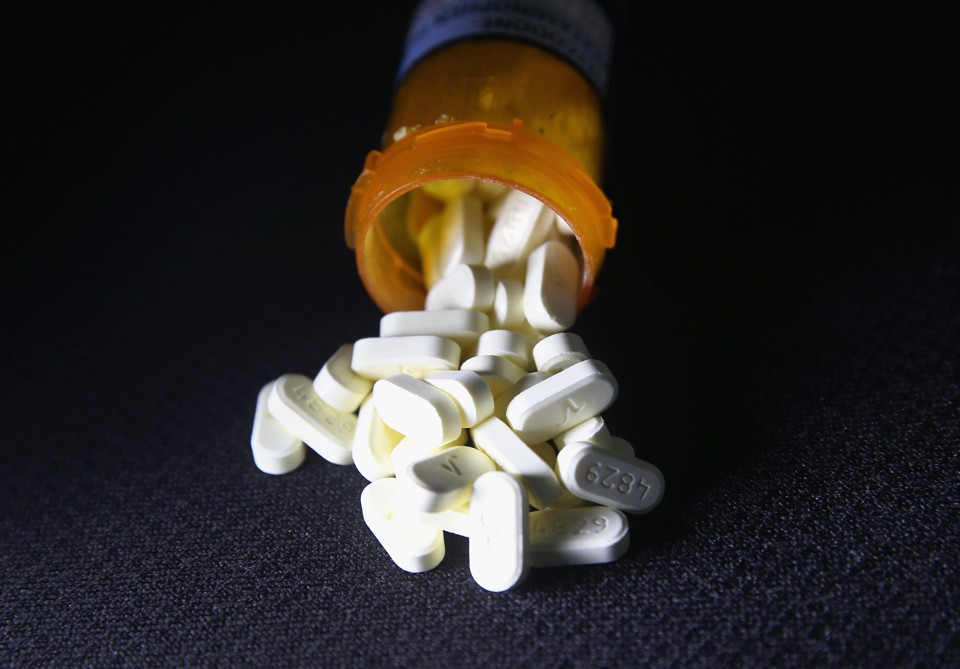 Oxycodone pain pills prescribed for a patient with chronic pain

Opioid painkillers have an inconvenient, lesser-known side effect: terrible constipation.

Yes, and that drug is another opioid called loperamide, better known by its brand name Imodium as an over-the-counter treatment for diarrhea. At extremely high doses—dozens or even hundreds of pills a day—it can produce a high or ease withdrawal symptoms. And in the middle of a national opioid epidemic, overdoses of loperamide are rising, too.

"It's a cheap, legal, and easily accessible opioid alternative," said William Eggleston, a clinical toxicologist at SUNY Upstate Medical University.  Eggleston authored a case report last year about two men who died of loperamide overdoses. Such case reports have been piling up—in Texas, Arizona, and most recently Rhode Island. Nationally, the number of calls to poison centers for intentional loperamide exposure more than doubled between 2010 and 2015. And the FDA has issued an alert for doctors to look out for loperamide misuse.

Doctors have been playing catch-up on the loperamide trend. In 2012, Raminta Daniulaityte, a public-health researcher at Wright State University, published a paper about discussions of "lope" in a web forum for drug users. At the time, she said, "there was no research at all and nobody really knew about it." Yet forum users had plenty to say, describing detailed loperamide regimens for treating withdrawal. One commenter called it "my new best friend." Some, perhaps understandably, expressed skepticism: "would the consipation [sic] rate be worth it? 10 grams is at least 5000 times the recommended dose."

"It's a cheap, legal, and easily accessible opioid alternative."

Which is to say: Loperamide is extremely safe at recommended doses for treating diarrhea and extremely inefficient if the goal is getting a fix. Eggleston said he's heard of people taking 400 or 500 tablets a day. "They put it in a blender and make a smoothie and drink it over one or two hours," he said. It causes constipation but no worse than other opioids, which people who addicted often manage by taking stool softeners or laxatives.

Loperamide is also available as a generic, and it is cheap. You can buy 400 tablets for little more than $10 online.

Unlike opioids prescribed as painkillers, loperamide doesn't usually reach brain cells. A naturally-occurring protein called P-glycoprotein pumps the drug out of the brain. But at very high doses, loperamide overwhelms those pumps and floods the brain's opioid receptors. Eggleston said that's led some people to try take a second over-the-counter drug that disables the pumps, so they can use smaller doses of loperamide. The long-term consequences of that combination are unclear, but once in the brain, loperamide has similar effects as other opioids: drowsiness, depressed breathing, and maybe even death in the worst cases.

But massive doses of loperamide also have a second surprising and deadly consequence. The drug blocks calcium channels, which affect the beating of the heart. Too much loperamide and the heart is unable to keep a regular rhythm. Somwail Rasla, an internal medicine resident at Memorial Hospital of Rhode Island, saw a 28-year-old man come in with a particular and unusual pattern in his EKG. "There's no reason such a young patient should have it, except as a congenital abnormality or medication induced," said Rasla. It was the latter. The man said he been taking 100 to 150 tablets of loperamide a day. He was put into the ICU and given magnesium to stabilize his heart rhythm. He survived. After nine days in the hospital, he was discharged.

"We felt like this case really needed to be published to increase the public awareness," said Rasla. Until just a few years ago, the cardiac effects of loperamide were unknown even to most doctors—simply because people weren't taking the drug in big enough doses until the opioid epidemic. And the trend is unlikely to go away soon. "We will see more cases because the more restrictions [there are] on opioids, the more doctors are afraid of trying to extend their prescriptions, the more people will seek different substances," said Rasla.

The same thing happened with heroin, Eggleston pointed out. When doctors put the squeeze on prescription painkillers, people went looking for alternatives—many of them to illegal alternatives like heroin and fentanyl and some to legal ones like loperamide.

One proposed policy fix is making loperamide harder to buy, like requiring an ID the way stores now do with cough syrup containing dextromethorphan. That would put the squeeze on another end of the opioid supply though; it only works if the restrictions drive people to treatment rather than to heroin. Diarrhea-drug misuse is just a small, almost absurd part of the larger opioid epidemic.