In 1988, as part of the Agency's ongoing research into weaponized ESP, CIA psychics were tasked with identifying a photo of a famous individual inside of an opaque folder. That individual was Albert Einstein. 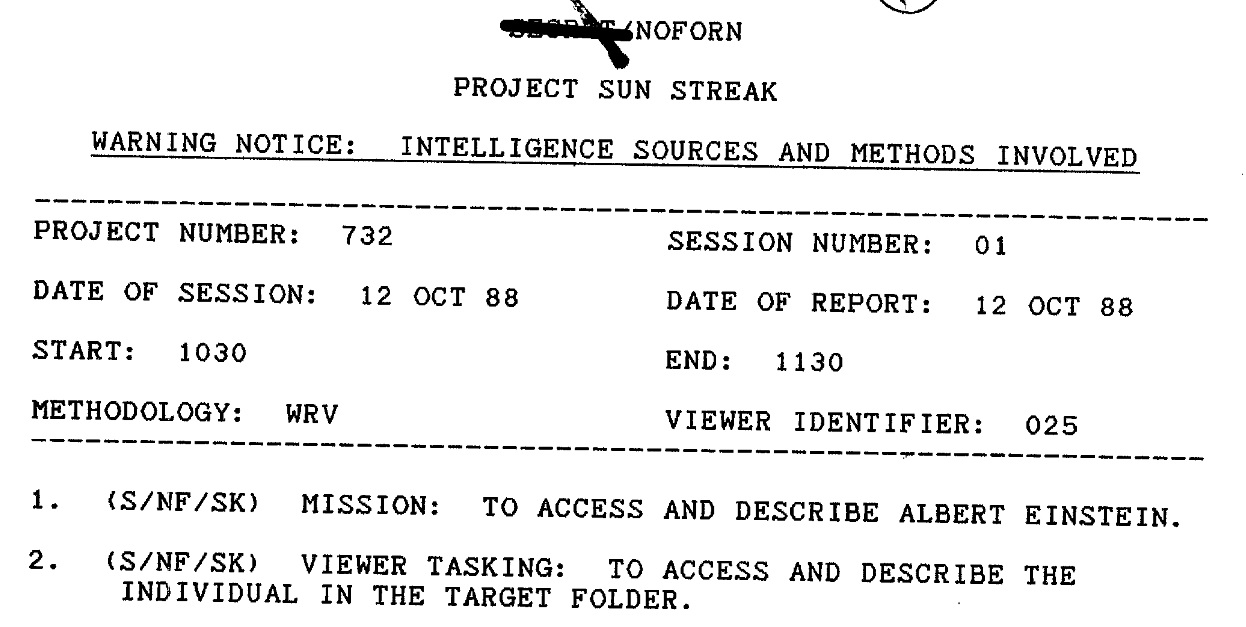 So, how'd our psychic spooks do? Well, out of the gate they pegged the subject as an funny old dead leftist, none of which isn't true.

Then they called him a pipe-smoking hippie, which is kinda a stretch for a guy who loved his knit sweaters, but hey, sure.

Then they identified him as a smart guy who worked a lot, which nobody would argue with ...

but although he did dabble in psychology, that's a bit like describing Jack White as an upholsterer.

Then things go a bit off the rails (including a rather lenient benefit of the doubt from the evaluator) ...

before scoring a solid win in the "statues and magazine covers" category.

Alright, so, putting that altogether, the subject is ...

Eh, close enough. And according to the evaluation of the exercise, the CIA agreed, marking this down as a success reading.

Though to be fair, it does sound like there was some coaching going on. Insert your own charades joke here.

Read the full report embedded below: