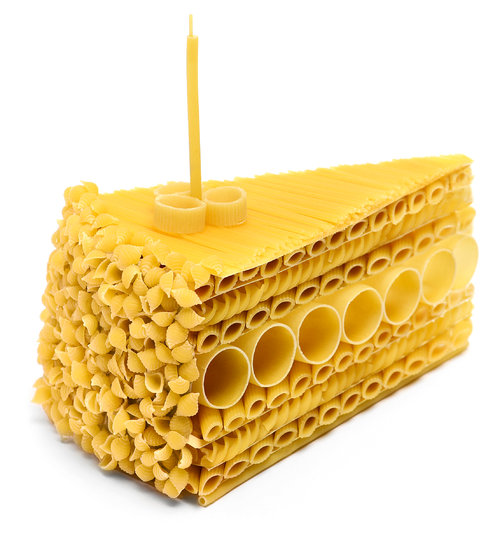 FOR most of the last century, our understanding of the cause of obesity has been based on immutable physical law. Specifically, it's the first law of thermodynamics, which dictates that energy can neither be created nor destroyed. When it comes to body weight, this means that calorie intake minus calorie expenditure equals calories stored. Surrounded by tempting foods, we overeat, consuming more calories than we can burn off, and the excess is deposited as fat. The simple solution is to exert willpower and eat less.

The problem is that this advice doesn't work, at least not for most people over the long term. In other words, your New Year's resolution to lose weight probably won't last through the spring, let alone affect how you look in a swimsuit in July. More of us than ever are obese, despite an incessant focus on calorie balance by the government, nutrition organizations and the food industry.

The more calories we lock away in fat tissue, the fewer there are circulating in the bloodstream to satisfy the body's requirements. If we look at it this way, it's a distribution problem: We have an abundance of calories, but they're in the wrong place. As a result, the body needs to increase its intake. We get hungrier because we're getting fatter.

It's like edema, a common medical condition in which fluid leaks from blood vessels into surrounding tissues. No matter how much water they drink, people with edema may experience unquenchable thirst because the fluid doesn't stay in the blood, where it's needed. Similarly, when fat cells suck up too much fuel, calories from food promote the growth of fat tissue instead of serving the energy needs of the body, provoking overeating in all but the most disciplined individuals.

We discuss this hypothesis in an article just published in JAMA, The Journal of the American Medical Association. According to this alternative view, factors in the environment have triggered fat cells in our bodies to take in and store excessive amounts of glucose and other calorie-rich compounds. Since fewer calories are available to fuel metabolism, the brain tells the body to increase calorie intake (we feel hungry) and save energy (our metabolism slows down). Eating more solves this problem temporarily but also accelerates weight gain. Cutting calories reverses the weight gain for a short while, making us think we have control over our body weight, but predictably increases hunger and slows metabolism even more.

Consider fever as another analogy. A cold bath will lower body temperature temporarily, but also set off biological responses — like shivering and constriction of blood vessels — that work to heat the body up again. In a sense, the conventional view of obesity as a problem of calorie balance is like conceptualizing fever as a problem of heat balance; technically not wrong, but not very helpful, because it ignores the apparent underlying biological driver of weight gain.

This is why diets that rely on consciously reducing calories don't usually work. Only one in six overweight and obese adults in a nationwide survey reports ever having maintained a 10 percent weight loss for at least a year. (Even this relatively modest accomplishment may be exaggerated, because people tend to overestimate their successes in self-reported surveys.) In studies by Dr. Rudolph L. Leibel of Columbia and colleagues, when lean and obese research subjects were underfed in order to make them lose 10 to 20 percent of their weight, their hunger increased and metabolism plummeted. Conversely, overfeeding sped up metabolism.

For both over- and under-eating, these responses tend to push weight back to where it started — prompting some obesity researchers to think in terms of a body weight "set point" that seems to be predetermined by our genes.

But if basic biological responses push back against changes in body weight, and our set points are predetermined, then why have obesity rates — which, for adults, are almost three times what they were in the 1960s — increased so much? Most important, what can we do about it?

As it turns out, many biological factors affect the storage of calories in fat cells, including genetics, levels of physical activity, sleep and stress. But one has an indisputably dominant role: the hormone insulin. We know that excess insulin treatment for diabetes causes weight gain, and insulin deficiency causes weight loss. And of everything we eat, highly refined and rapidly digestible carbohydrates produce the most insulin.

By this way of thinking, the increasing amount and processing of carbohydrates in the American diet has increased insulin levels, put fat cells into storage overdrive and elicited obesity-promoting biological responses in a large number of people. Like an infection that raises the body temperature set point, high consumption of refined carbohydrates — chips, crackers, cakes, soft drinks, sugary breakfast cereals and even white rice and bread — has increased body weights throughout the population.

One reason we consume so many refined carbohydrates today is because they have been added to processed foods in place of fats — which have been the main target of calorie reduction efforts since the 1970s. Fat has about twice the calories of carbohydrates, but low-fat diets are the least effective of comparable interventions, according to several analyses, including one presented at a meeting of the American Heart Association this year.

A recent study by one of us, Dr. Ludwig, and his colleagues published in JAMA examined 21 overweight and obese young adults after they had lost 10 to 15 percent of their body weight, on diets ranging from low fat to low carbohydrate. Despite consuming the same number of calories on each diet, subjects burned about 325 more calories per day on the low carbohydrate than on the low fat diet — amounting to the energy expended in an hour of moderately intense physical activity.

Another study published by Dr. Ludwig and colleagues in The Lancet in 2004 suggested that a poor-quality diet could result in obesity even when it was low in calories. Rats fed a diet with rapidly digesting (called high "glycemic index") carbohydrate gained 71 percent more fat than their counterparts, who ate more calories over all, though in the form of slowly digesting carbohydrate.

These ideas aren't entirely new. The notion that we overeat because we're getting fat has been around for at least a century, as described by Gary Taubes in his book "Good Calories, Bad Calories." In 1908, for example, a German internist named Gustav von Bergmann dismissed the energy-balance view of obesity, and hypothesized that it was instead caused by a metabolic disorder that he called "lipophilia," or "love of fat."

But such theories have been generally ignored, perhaps because they challenge entrenched cultural attitudes. The popular emphasis on calorie balance reinforces the belief that we have conscious control over our weight, and that obesity represents a personal failure because of ignorance or inadequate willpower.

In addition, the food industry — which makes enormous profits from highly processed products derived from corn, wheat and rice — invokes calorie balance as its first line of defense. If all calories are the same, then there are no bad foods, and sugary beverages, junk foods and the like are fine in moderation. It's simply a question of portion control. The fact that this rarely works is taken as evidence that obese people lack willpower, not that the idea itself might be wrong.

Unfortunately, existing research cannot provide a definitive test of our hypothesis. Several prominent clinical trials reported no difference in weight loss when comparing diets purportedly differing in protein, carbohydrate and fat. However, these trials had major limitations; at the end, subjects reported that they had not met the targets for complying with the prescribed diets. We wouldn't discard a potentially lifesaving cancer treatment based on negative findings, if the research subjects didn't take the drug as intended.

There are better ways to do this research. Studies should provide participants with at least some of their food, to make it easier for them to stick to the diets. Two studies that did this — one by the Direct Group in 2008 and the other by the Diogenes Project in 2010 — reported substantial benefits associated with the reduction of rapidly digestible carbohydrate compared with conventional diets. We need to invest much more in this research. With the annual economic burden of diabetes — just one obesity-related complication — predicted to approach half a trillion dollars by 2020, a few billion dollars for state-of-the-art nutrition research would make a good investment.

If this hypothesis turns out to be correct, it will have immediate implications for public health. It would mean that the decades-long focus on calorie restriction was destined to fail for most people. Information about calorie content would remain relevant, not as a strategy for weight loss, but rather to help people avoid eating too much highly processed food loaded with rapidly digesting carbohydrates. But obesity treatment would more appropriately focus on diet quality rather than calorie quantity.

People in the modern food environment seem to have greater control over what they eat than how much. With reduced consumption of refined grains, concentrated sugar and potato products and a few other sensible lifestyle choices, our internal body weight control system should be able to do the rest. Eventually, we could bring the body weight set point back to pre-epidemic levels. Addressing the underlying biological drive to overeat may make for a far more practical and effective solution to obesity than counting calories.