The stat trackers at StatCounter have come out with their internet usage numbers for the month of March, and they have for the first time reported Android as the world's most popular operating system. Nudging ahead of the once-untouchable Windows by a tiny fraction, Android is now the world's most-used platform for getting online according to these latest figures. This represents a natural progression from the difference in devices shipped every year - more than a billion for Android versus 200-something million PCs per year for Windows - but StatCounter is among the first to claim that Android is now in the lead in usage numbers as well. 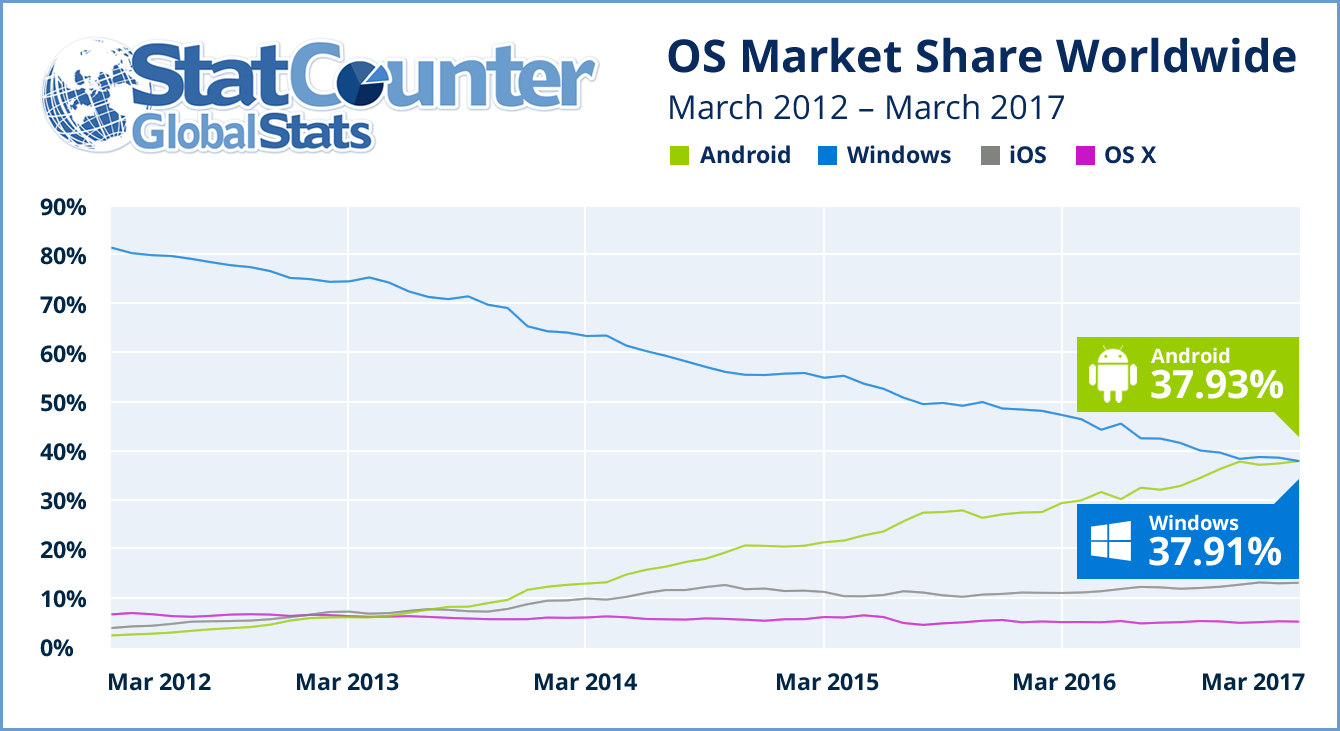 The trend of mobile internet use taking over from the desktop has been a familiar one for at least the past couple of years. In developed markets, people have been tempted away from their desks by do-everything smartphones and fast 4G connections, while newcomers to the web in poorer countries have been finding their way online via a mobile phone as both their first and only connected device. Android has been the primary beneficiary of both of these trends, consuming practically the entire mobile market outside of Apple's iPhone and iPad.

StatCounter's data is drawn from web trackers installed on 2.5 million websites, and it was previously one of the main sources for tracking the ascent of Google's Chrome browser ahead of Internet Explorer. But there's an inherent limitation to tracking internet usage via websites: mobile use happens in apps at least as much as it does in a browser, and StatCounter doesn't factor that in. That's why Apple's iOS looks so woefully behind in the chart above. And yet, that's also what makes Android's rise impressive: Google's mobile operating system is accelerating beyond Windows without the help of apps, just via the traditional browser.