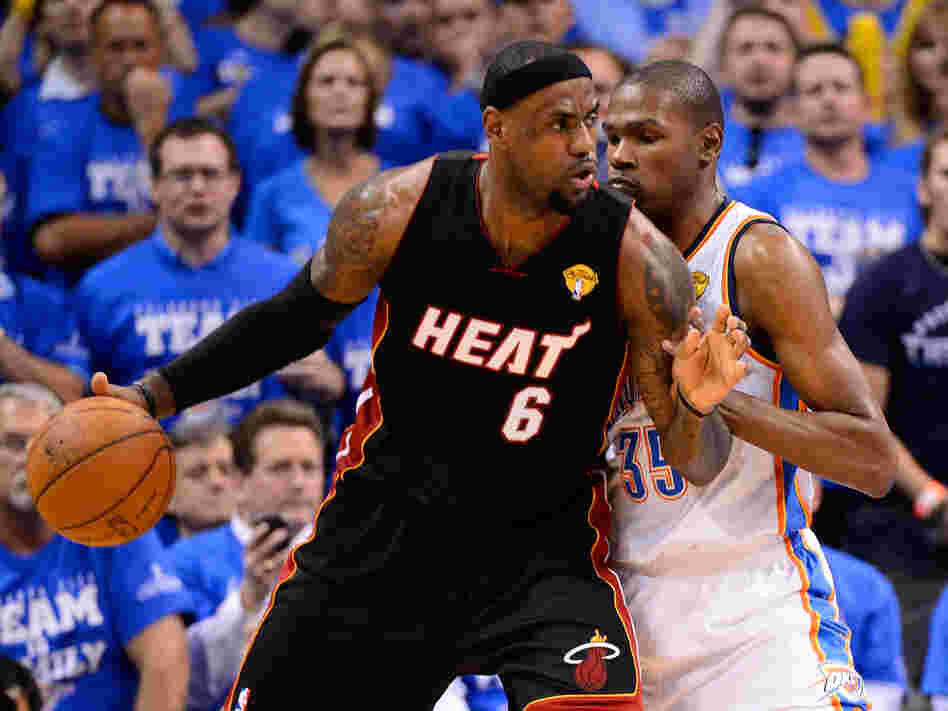 LeBron James is arguably the best player in the NBA. His salary is $17.5 million a year. He's worth much, much more.

"He's getting hosed," says Kevin Grier, an economist from the University of Oklahoma.

James is profoundly underpaid because there is nothing resembling a free market for NBA players. And, weirdly, this is good for LeBron. (It's also good for weaker players, and for team owners.)

There's a "salary cap" in the NBA, which limits the total amount each team can pay in salaries. This reduces the amount top players make, and boosts the salaries of mediocre players.

On top of that, the NBA draft means that rookies have to play for whatever team drafts them (or not play in the NBA at all). And there's a limit on what rookies can be paid.

Imagine if other fields were set up this way. You're the best young software engineer at MIT, and instead of getting hired for an insane starting salary by Google, you just put your name in a pool with other engineers. The worst companies in America draw random numbers and you get a letter saying you've been hired to work in the IT department at Best Buy.

Now all these rules are all laid out in the collective bargaining agreement between the owners and the players. Why would the players want this system? Because most players are not LeBron James.

"The union votes on the contract by majority rule," Grier says. "The guy in the middle is the crucial voter."

The salary cap means that some of the money that would otherwise go to LeBron goes to the guy in the middle.

Another reason LeBron's teammates vote to hose him: They want the league to be competitive.

The salary cap makes it impossible for rich teams to hire all the superstars. That means even teams in smaller markets have a shot at greatness, which draws more fans to support those teams. More fans means more revenue for the league as a whole â€” and that means bigger paychecks for the players.

And this, Grier says, is why Lebron James has a reason to support the system. Playing in a more competitive league helps him make more money in other ways.

"If he was a three-time Olympic decathlon champion, he would in no way be making nearly the amount of endorsement money that he's making," Grier says.

To earn those tens of millions of endorsement dollars, Lebron needs passionate fans of professional basketball. For that to happen, Lebron needs good teams to play against, even if it's costing him over $20 million a year.