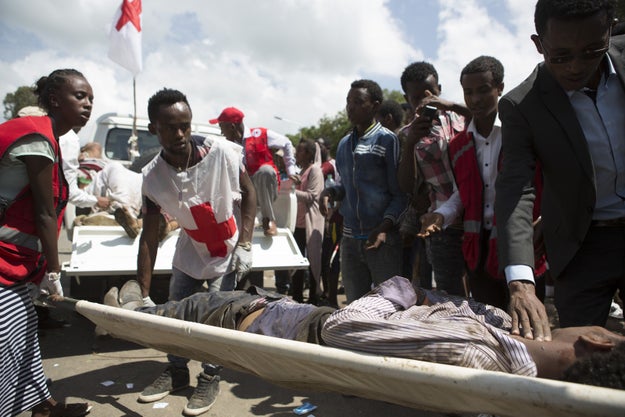 At least 52 people were killed in a stampede Sunday during a protest at a religious festival in Ethiopia.

Officials in the region of Oromiya confirmed the deaths, Reuters and the Associated Press reported. 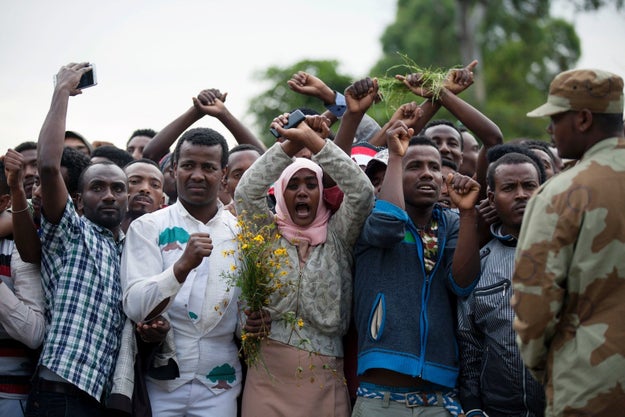 A crowd of thousands of people had gathered in the town of Bishoftu for an annual festival of thanksgiving. Some chanted anti-government slogans and marched toward a stage where leaders were speaking, holding their arms crossed over their heads. Protests by the Oromo people — often symbolized by crossed arms — have been ongoing since last year, and in several instances, they have turned deadly.

Security forces attempted to break up Sunday's protest by firing tear gas and rubber bullets toward the crowd. The result was chaos and a stampede in which dozens were killed.

One man, muddy and shoeless, described to the Associated Press how he was pulled out of a deep ditch that a number of people fell into as they ran. The first to fall in had suffocated as others fell on top of them, he said.

"I almost died in that place today," he said.

A spokesperson for the Ethiopia government blamed Sunday's events on "people that prepared to cause trouble," the AP reported. 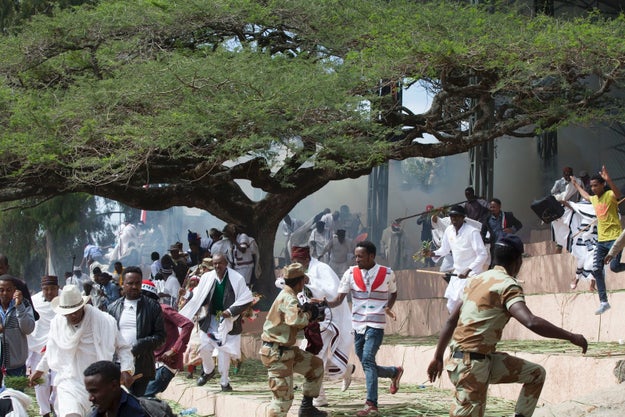 Oromo people have said they face persecution and discrimination from the Tigrayan ethnic group. Though Tigrayan people are a minority in the country, they hold many positions of power in the military, intelligence services, and politics.

An Oromo marathon runner, Feyisa Lilesa, protested on behalf of his people as he earned a silver medal at the Olympics over the summer. For his political act, he said he feared arrest or death if he returned to Ethiopia.