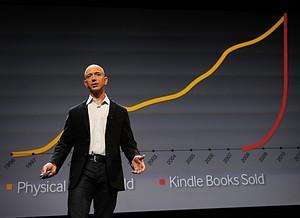 I’m a fan of PowerPoint. I’ve used it for years, and I’m pretty adept with it. It can be pretty effective if used properly, and I happily employ it quite often when I give talks. I’ve even invented things for it, like the method for making automated slides and slidesets for journal articles, something a lot of journals subsequently adopted. So I perk up when a wave of PowerPoint critics begins to stomp around the infosphere, which they’ve been doing again of late.

PowerPoint is the problem, these critics contend. It leads to poor presentations full of slides that are boring, too reliant on text and bulleted lists, and predictably dull.

But there’s an inescapable truth behind the attacks on PowerPoint — those criticizing it are truly shooting the messenger, because what they’re complaining about is that the message is boring, trite, too text-heavy, and not geared to audience engagement. That’s not PowerPoint’s fault. That’s the presenter’s fault.

Good speakers work hard to make PowerPoints that avoid those pitfalls. They rarely use lists. A few years ago, in an attempt to be more “edgy,” I even went through a period during which I worked hard to make my PowerPoints into a well-timed proxy for skeptical audience members, with slides popping up which would insult me behind my back, clearly taking the side of the audience. It worked pretty well, but took a lot of practice.

Recently, Jeff Bezos was praised in Forbes for his astute use of PowerPoint. Why? He used charts that meant something, illustrations that accentuated his talk, useful pictures, solid design theory, and very little text. His text was what he said, not what was on the slides.

As Carmine Gallo writes in the story from Forbes:

The typical PowerPoint slide has forty words. It was nearly impossible to find forty words on ten slides of the Amazon presentation. . . . Image-rich presentations work effectively because pictures appeal to the right hemisphere of the brain—the emotional side. You can have great ideas backed up by data and logic, but if you don’t connect with people emotionally, it doesn’t matter.

The reservations that make presenters dependent on bulleted lists are often difficult to shake. Public speaking creates anxiety for many professionals, so there’s a tendency to seek a comfort zone. PowerPoint can cater to this, and that’s part of why it’s criticized. But any tool should try to make you comfortable using it. A high level of usability shouldn’t be a pathway to criticism.

The real challenge for presenters is being a good presenter. That transformation can be difficult, take years, and require a lot of adaptation. If you’re not a natural ham, it can be tough. People who are hams generally see the stage as a place of comfort, at least to some degree. It may take them a few presentations to “get it,” but they have a predilection for the footlights. The road to competence is easier.

People do become stranded in the zone of PowerPoint perfidy — they don’t present often enough, don’t push themselves beyond writing out their presentations and into theatrically presenting their ideas, or don’t have either a trusted source of feedback or the instinctual sense of bombing that keeps them pushing forward. And that’s OK. Some people might always be uncomfortable giving talks or presentations. There are worse things in life. But don’t blame PowerPoint.

And don’t think Prezi is going to change things.

Prezi is sometimes brought up as the whiz-bang alternative to PowerPoint, the palette mode praised as if it’s inviting you over from the text-heavy temptations of PowerPoint into the graphical fairyland of Prezi. I’ve used Prezi. It has some interesting elements, but it has some severe limitations, as well. Scott Berkun recently wrote about its problems, and I agree with his assessment:

Prezi bills itself on the ability to ZOOM, to MOVE, to TRANSITION. All the most distracting elements for would-be speakers, elements that distract them away from the quality thinking required to speak well.  Instead of thinking “I’m so proud of how I worked hard to explain this important idea so that my audience can understand it” they think “Here comes my favorite transition! Look at how the entire screen is going to rotate! WOOT!”. I can see how, in the hands of a skilled communicator, Prezi makes some things easier to do, but a skilled communicator would do just fine with any tool. . . . The people most drawn to use Prezi are those who are more enchanted by the pretense of style, rather than substance.

There may be an ultimate truth within the criticisms of the tools we use to communicate, especially sophisticated ones like PowerPoint and Prezi — if you attend a talk, and the slides dominate, are boring, invite you to zone out, or leave you unmoved, don’t blame the software, blame the presenter. Don’t blame PowerPoint or Prezi. If you do, you are just shooting the messenger.

I am the CEO/Publisher of the Journal of Bone & Joint Surgery, Inc. Prior to this, I was an executive at the New England Journal of Medicine. I also was Director of Medical Journals at the American Academy of Pediatrics.