President Donald Trump reorganized his National Security Council on Wednesday, removing chief strategist Stephen Bannon from a key committee and restoring the roles of top intelligence and defense officials, according to a person familiar with the decision and a notice published in the Federal Register. 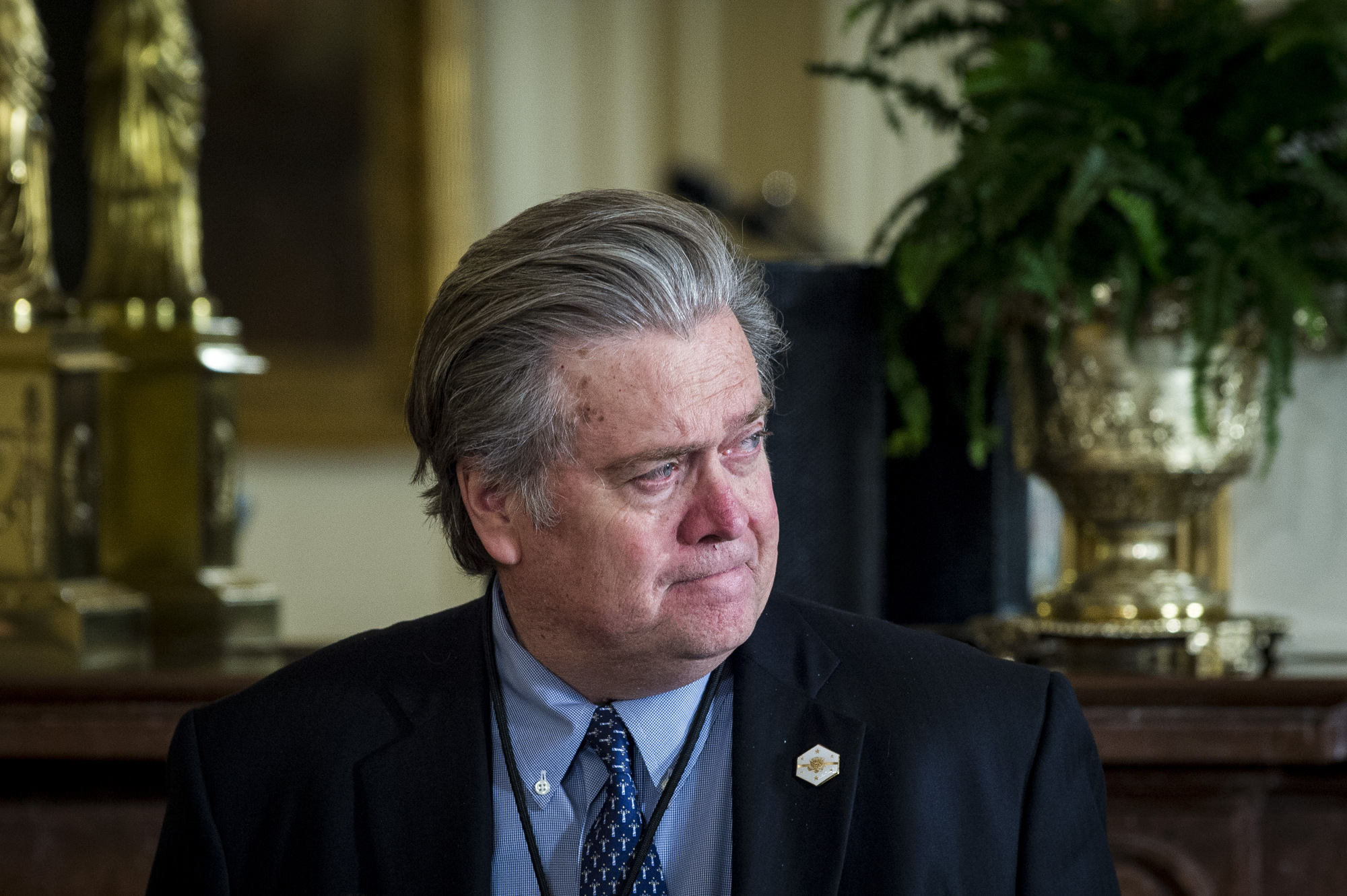 The realignment increases the influence of National Security Adviser H.R. McMaster, whose public stances were sometimes at odds with those of Bannon. In addition to gaining greater control over the NSC, McMaster will have the Homeland Security Council under his authority.

The change downgrades the role of Homeland Security Adviser Tom Bossert, who had been given authority to convene or chair the NSC's principals committee under Trump's original structure. He'll serve those roles now as delegated by McMaster, according to a presidential memorandum dated Tuesday.

The national intelligence director, Dan Coats, and the chairman of the Joint Chiefs of Staff, Marine Corps General Joseph Dunford, are again "regular attendees" of the principals committee, as in the Obama administration. Trump downgraded their roles and put Bannon on the committee in a Jan. 28 memorandum.

The secretary of energy, the Central Intelligence Agency director and the United Nations ambassador also were added to the principals committee under Wednesday's revisions.

Bannon, the former executive chairman of Breitbart News, is one of Trump's most trusted and controversial advisers. He has channeled the populist and nationalist sentiment that propelled Trump's presidential campaign, and his placement on the NSC committee drew criticism from some members of Congress and Washington's foreign policy establishment who said it risked politicizing the security advice provided to the president.

A White House official portrayed the change as a natural progression rather than a demotion for Bannon. The official, who spoke on condition of anonymity, contended that Bannon was placed on the committee in part to monitor Trump's first national security adviser, Michael Flynn, and never attended a meeting. He's no longer needed with McMaster in charge of the council, the official said.

It isn't clear why Bannon would be needed on the committee under Flynn but not under McMaster. A second White House official said that Trump was never comfortable with Bannon on the panel, but that his removal didn't indicate any erosion of his influence within the White House.

Bannon will retain his security clearance, the first official said.

Still, his departure from the NSC role was applauded by some Republicans as well as Democrats. Republican Representative Ileana Ros-Lehtinen of Florida called it "welcome news" in a tweet.

Trump fired Flynn on Feb. 13 for not disclosing to the president or to Vice President Mike Pence the extent of his conversations with Russia's ambassador to the U.S., Sergey Kislyak, before Trump's inauguration. He now is enmeshed in the multiple investigations of Russian meddling in the 2016 election and whether any Trump associates had improper contacts with Russian government agents.

Trump's selection of McMaster reassured some administration critics. A decorated officer, McMaster has a reputation for speaking truth to authority. In his 1997 book "Dereliction of Duty," he criticized military officers for failing to challenge former President Lyndon B. Johnson and then-Secretary of Defense Robert McNamara over their handling of the Vietnam War. He wrote that the U.S. lost that war in the political corridors of Washington, not the battlefield.