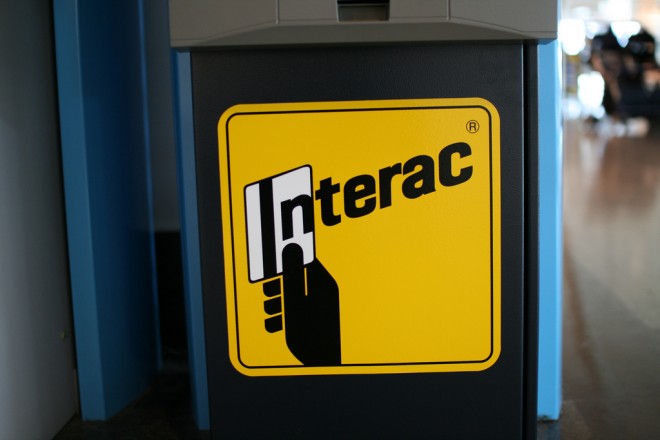 Interac, a nationwide not-for-profit debit system, is the preferred way to pay in Canada. Photo: nicolasnova/Flickr

Single-payer health care may make Canada a socialist pariah in the eyes of U.S. conservatives. But when it comes to keeping money flowing out of consumers’ pockets and into merchants’ coffers — a key characteristic of any thriving capitalist economy — Canada has its neighbor south of the border beat.

Few in the U.S. likely know, or would seem to have any reason to know, about Interac, Canada’s nationwide not-for-profit debit system. Interac accounts for more than half of all purchases Canadians make using any card, credit or debit — about 4 billion transactions annually. And it puts Canada ahead of the U.S. in the push to create a truly cashless economy.

Interac started in 1984 when five Canadian banks decided to link up their separate ATM networks (or ABMs — automatic banking machines — as they’re known in Canada, where they also put gravy on their fries). Within 10 years, Interac’s PIN-based debit system was available nationally. In 2000, Interac says its debit cards surpassed cash as Canadians’ preferred way to pay.

Canadians can assume that any merchant that takes a card takes Interac, and for good reason. As a not-for-profit association made up of banks and other cogs in the electronic transaction infrastructure, Interac only charges enough to cover its costs. That amounts to less than a penny per transaction, compared to several cents per transaction charged by standard for-profit systems, says Allen Wright, Interac’s vice president of product and services.

As with health care, Interac taps into Canada’s apparently greater comfort level with creating systems on a national scale that exist more to serve citizens and less to make money. Among the advantages of such a setup: A single, unified system makes rolling out new payment tech easier than in the U.S.

“In the U.S. you’ve got many sort of regional debit networks. We’re one domestic debit network that covers the entire country,” says Wright.

As a result, Interac began moving away from magnetic-strip cards toward cards embedded with more secure chips back in 2007. The technology, known as EMV, went national in Canada a year later. In the U.S., by comparison, credit card networks are pushing for merchants and banks to adopt EMV by 2015, according to the research firm Forrester. Merchants who take EMV-equipped cards will also be able to accept payments via NFC, the technology behind Google Wallet and one of the platforms vying to become the standard way customers pay at the store with their smartphones.

Interac doesn’t have its own mobile payment app yet, but that’s well in the works, Wright says. In the meantime, several major retailers, including McDonald’s, are starting to accept Interac’s new “contactless” card, which customers simply scan at the checkout counter and don’t require a PIN. While the technology for contactless payments is nothing new, Interac’s unified reach seems more likely to succeed in making the method widespread. Compare that to the U.S., where Forrester says adoption has been stymied by “a classic chicken-or-egg dilemma between retailers and card issuers” in which merchants have resisted investing in new point-of-sale terminals that could accept contactless payments because they don’t see customer demand, while issuers have resisted issuing contactless cards because not enough merchants have terminals that can take them.

Wright doesn’t believe Canada will go truly cashless in his lifetime. But he believes it’s the right goal to aim for. He says countries benefit from a cash-free economy because the flow of money can be traced. The ability to follow the money leads to greater transparency, which Wright believes leads to improved decision-making and greater efficiency. “It’s easier. It’s better,” he says. “I’d argue it’s actually in the best interest of the economy.”

(Hat tip to commenter LoudRambler for the tip on Interac.)