There's been a buzz around Ruan Liangming for years now - because he's a multiple record-holder for 'bee bearding'.

Liangming, of Fengxin County in China, has just broken the record for the most time spent being cloaked in bees.

Mr Liangming's record of 53 minutes and 34 seconds in Yichun city in China's Jiangxi province was witnessed and authorized by a Guinness certification officer. 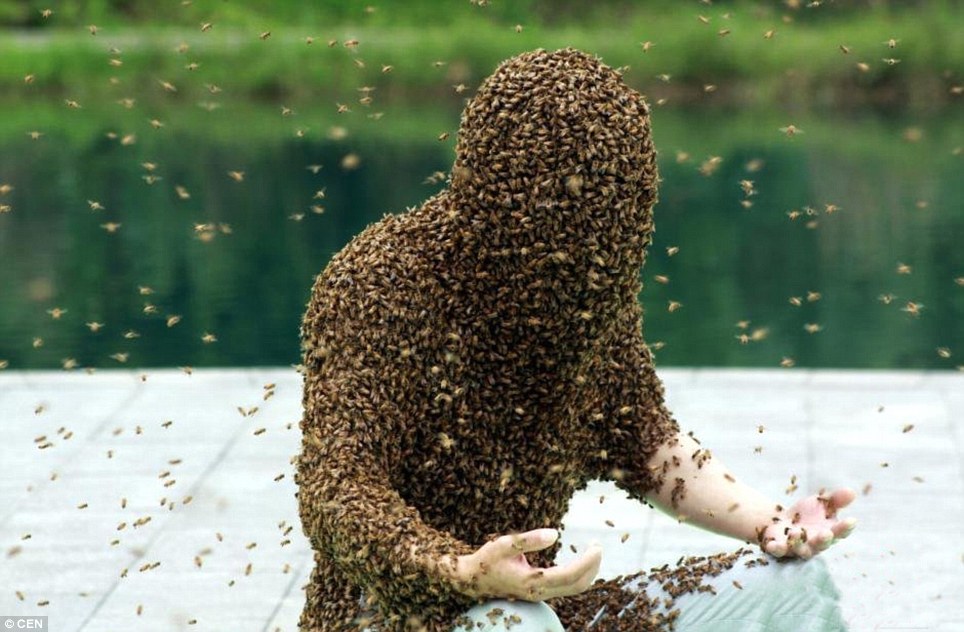 To bee or not to bee: Ruan Liangming during his world-record breaking feat 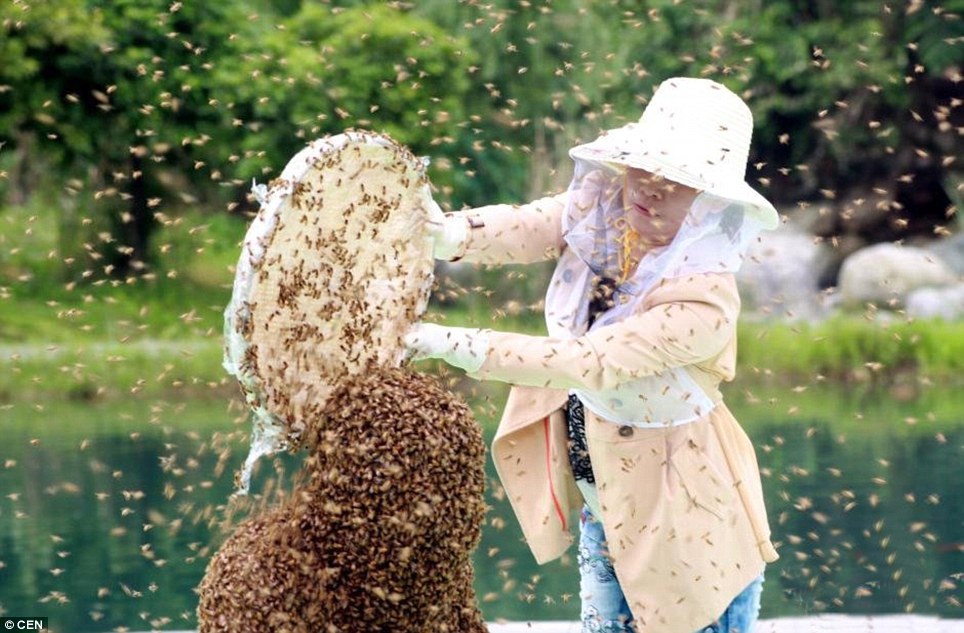 What a buzz: Mr Liangming spent a record 53 minutes and 34 seconds covered in bees 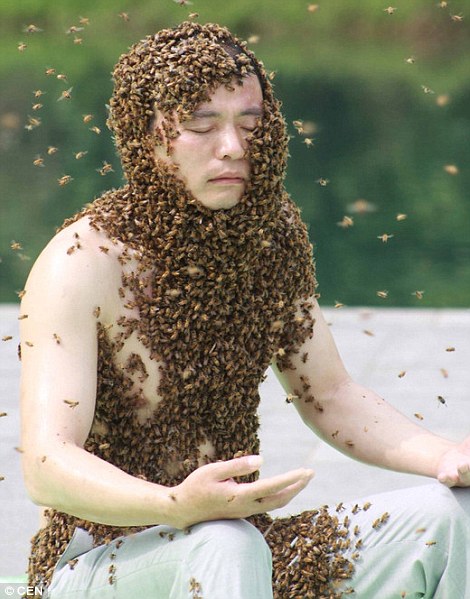 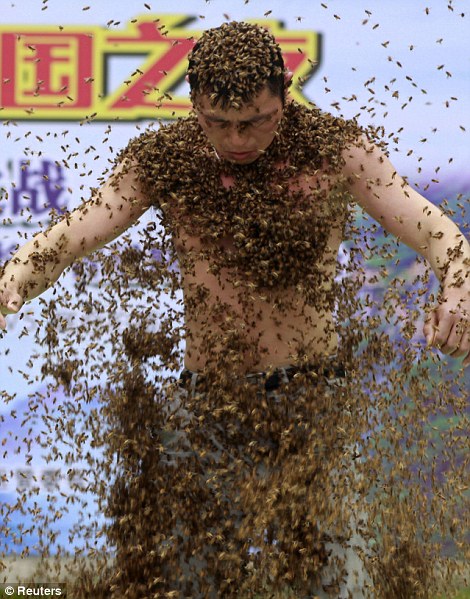 It's no sting operation: Mr Liangming said that the secret to keeping the bees calm was to remain as still as possible (left), with the picture on the right showing him shaking off the insects after he broke the record

It's not just longevity he excels at when it comes to bees. He recently became the record holder for carrying the heaviest load of bees.

He managed to carry a suit of 62.1 kilograms (136 pounds) of bees, according to a Guinness World Records video.

Bee bearding, whether for endurance or sheer weight of bees, is a worldwide phenomenon, with competitions held every year to see if the previous record can be beaten.

The bees are usually attracted onto the body by trapping and attaching the queen bee somewhere. Worker bees then home in on the queen's pheromones and quickly swarm around the person where she is placed. 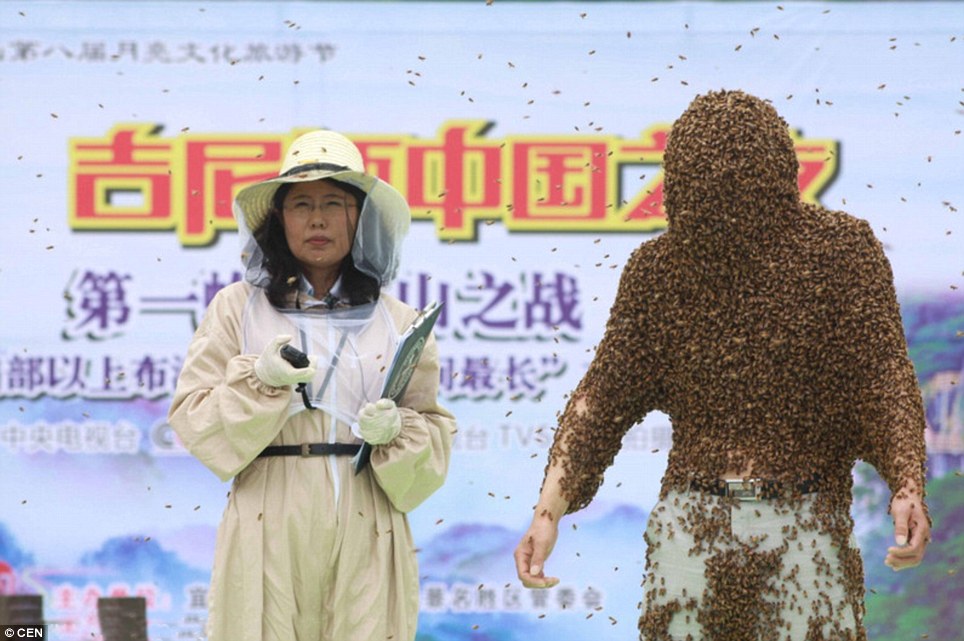 Winging it: Liangming was covered by approximately 100,000 bees during his amazing endurance test

Bee beard Liangming broke the record on the program Guinness China Night, produced in partnership with Chinese broadcaster CCTV. Ruan was covered by approximately 100,000 bees, he said - but it's no sting operation.

The beekeeper said: 'I love bees and they love me.  Although they call me Bee Beard I am rarely stung by my flying friends.

'As long as you keep still and don't agitate the bees then all will be well.  They are most gentle creatures really and extremely clever.  They are sensitive to movement so I just keep as still as possible and they like to settle on me.

Recently She Ping, a 34-year-old merchant from Chongqing, covered his entire naked body in 460,000 swarming bees in an effort to generate sales for his brand of honey.