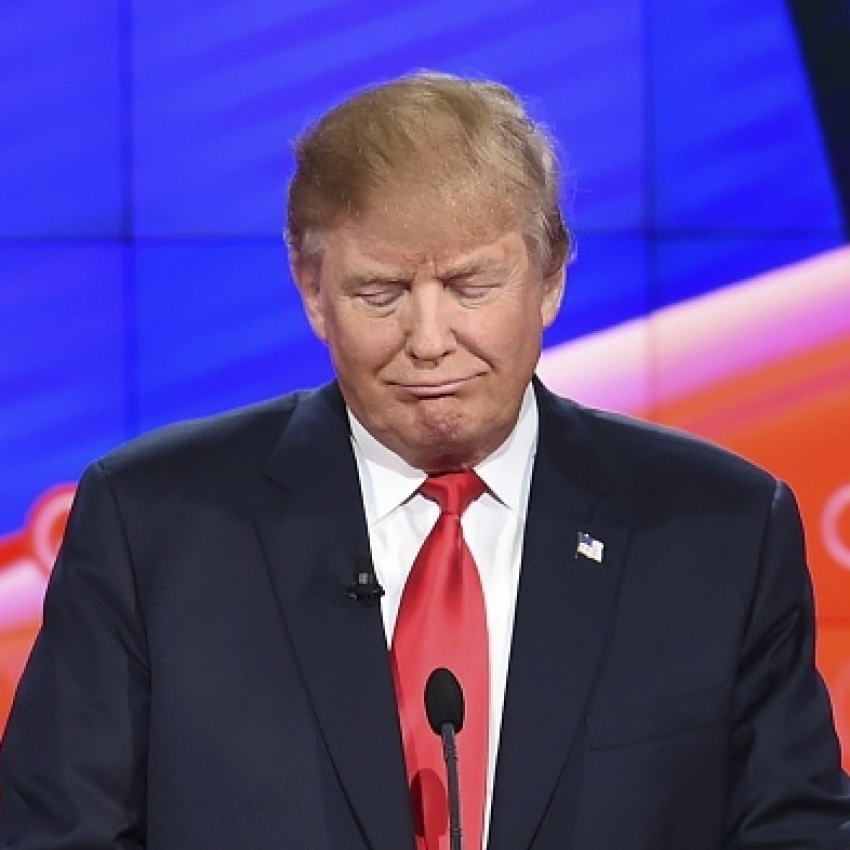 EYES WIDE SHUT? Dreamers in a scholar's database have cast Donald Trump as a milk-hawking, thong-wearing poseur, a band conductor, a liberal's hot date, and a class warrior.

You are a woman in her 50s, sailing the high seas with your son, when he turns into Donald J. Trump. Soon the two of you are sitting under an umbrella at a beachfront restaurant. Mr. Trump wants a drink and cannot get the waiter's attention, so he goes to the bar and soon returns with a gallon of chocolate milk, which he begins to show off to the other diners. Eventually he sits back down at the table and strikes a suggestive posture in a sparkling thong.

Then you wake up in 2016 America, where the presidential race has unfolded like a waking dream, with each turn more bizarre than the last. It's not surprising, then, that Hillary Clinton and Mr. Trump have beaten a path to the nation's collective unconscious.

That has created a data-rich environment for Kelly Bulkeley. Mr. Bulkeley, a visiting scholar at the Graduate Theological Union, which is affiliated with the University of California at Berkeley, has been collecting voters' dreams about the candidates.

He has gathered more than 200 so far this campaign season, including the one about the milk-hawking, thong-wearing Mr. Trump, which was submitted by a 57-year-old woman in California who identified as politically progressive. 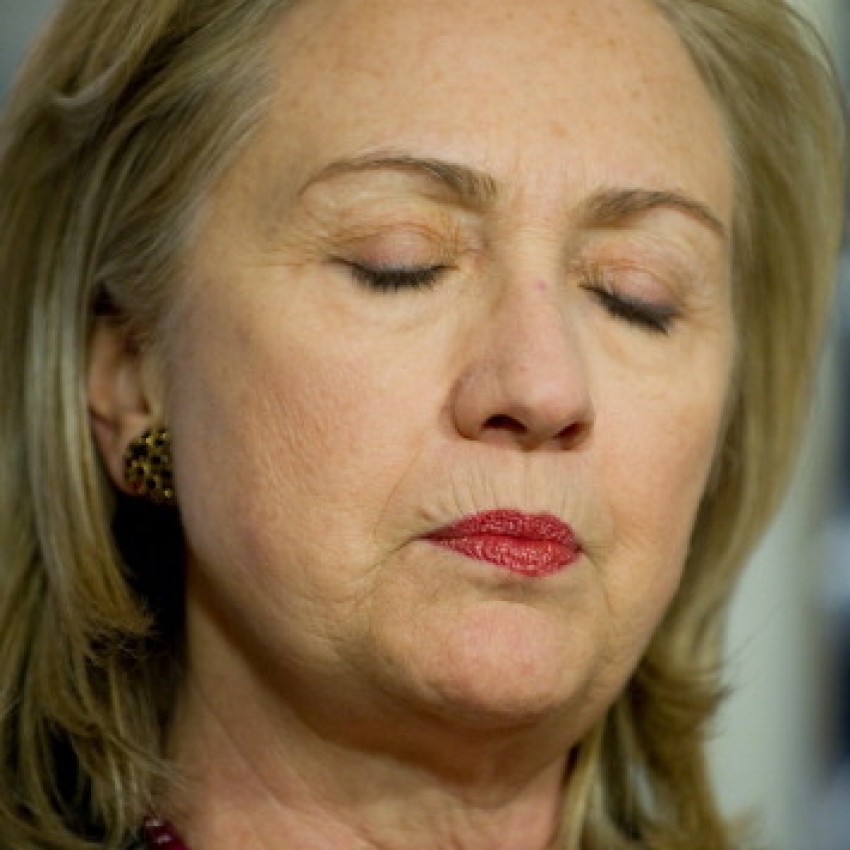 DREAMS OF MY MOTHER? In dreams collected by a scholar, Hillary Clinton has appeared, variously, as a skateboarder jumping into a lake, a psychotherapist, a badminton player, and an aficionado of pineapple whips and county-fair ribs.

Mr. Bulkeley has been hoarding dreams about U.S. politics since 1992, when he took dream reports on Dan Quayle ("... a 2-year-old, blond baby boy ...") and Ross Perot ("... answering some question with a parable about a horselike Australian rodent ..."), among others, from a small group of diarists.

In 2002 and 2006, he published research on the dreaming habits of liberals and conservatives, ultimately concluding that liberals tend to have more bizarre and diverse dreams — flying dreams, or dreams in which dead people come to life — while conservatives tend to have dreams that "portray ordinary characters, settings, and activities."

The scholar maintains a searchable database of dreams that he has accumulated over the years from various sources, including interviews and online surveys. The database contains dreams about Mrs. Clinton from as far back as 2008, when she was competing with Barack Obama for the Democratic nomination. Her persona seemed to make some voters uncomfortable then, according to several of the dreams Mr. Bulkeley collected. For example:

I was at some kind of county fair and Hillary walked up to me and said, "Hi Dan!" — I didn't know how she knew my name — "I'm Hillary Clinton. Are you going to vote for me?" I told her that I hadn't decided yet, but wanted to know more about what she stood for. She told me that she had to go to the restroom, but that if I went with her into the bathroom she would talk to me while she took care of business.

I followed her into the restroom, and she went into one of the stalls. She started talking about her platform, but I wasn't paying attention because I was trying to get the bathroom door locked. I didn't want to get caught in a women's restroom with Hillary Clinton.

She came walking out of the stall with a Dole pineapple whip (like they sell at Disneyland). She said, "Look what I found in the stall. This is delicious!" I told her that she shouldn't be eating that, because who knows where it came from and who knows how long it had been in there, but she wouldn't listen. I said I had to go, but I would definitely be voting for her. I was lying so I could get away. She thanked me and asked if I knew where to get some ribs.

In other dreams, Mrs. Clinton appears unsolicitous — chill, even. "Hillary Clinton came to my apartment, smoked a bowl with me and a couple friends, then she gave me an iPhone," wrote one dreamer. "We walked around Seattle for a while. I woke up with a strange feeling of satisfaction that it would be OK if she wins."

Others dreamed of the Democratic nominee doing a skateboard jump into a lake, administering psychotherapy, playing badminton. She has taken on an affable, comforting presence, remaining loose and conversational through a thunderstorm and a tornado warning and losing her cool only when she was told that two giant aliens were fighting in a nearby river.

Mr. Bulkeley's database contains fewer examples of dreams involving Mr. Trump, whose political career has been shorter. But many of them have been "remarkable," he says, for their tendency to pack repulsion, attraction, horror, and intrigue into a single dream. In one particularly vivid dream, the site of a real-estate land grab turns into a class-war battleground:

Somehow Donald Trump has a claim to some part of the ranch. We get there, and he wants to fix it up, make changes. I am surprised, and not willing to make those changes. But I am intrigued by what he is trying to do. At another point I am climbing a ladder, and someone takes a shot at me with a gun. I duck down, the bullet misses. Another guy tries to shoot me. I wonder, Why? ... I get up to safety.

Then, later, a helicopter is trying to take pictures of me and my wife in a hotel room in a tall skyscraper. They must think we are celebrities, but we are not famous. Down the street, I see lots of protesters, like a clear divide between the privileged elite and the angry masses. At one point I am with a girl, a young woman in her 20s maybe, sitting next to her. Our fingers touch and slightly intertwine. She smiles, we become friends.

Trump dreams are not always so cinematic. One 65-year-old man, a political moderate, dreamed that he and Mr. Trump were walking in a downtown area. The two men were "discussing the issues, and why I was against him," the man reported. "I was upset because he wouldn't let me finish a sentence." Another man, 18, dreamed of bashing Mr. Trump's head on a trash can as the candidate rambled, unperturbed by the blows.

Several people have dreamed of Mr. Trump assuming unexpected roles in their lives. A 19-year-old man, who identified as "very conservative," was surprised to find that Mr. Trump had replaced the director of his band — then relieved to find that the real-estate mogul wasn't half-bad as a conductor.

A 33-year-old liberal woman dreamed that she was dating Mr. Trump. "I was very embarrassed about it," she said, "but I explained it by saying that his parents treated him very poorly, and that's why he acted out for attention."

What does it all mean? Deirdre Barrett, an assistant professor of psychology at Harvard University and the author of The Committee of Sleep (Crown, 2001), says dreams often reflect unfiltered versions of our waking beliefs and attitudes. Yes, a good dream or a nightmare might sway a person's vote, says Ms. Barrett, but perhaps only to the extent that it reflects a change of heart already in progress.

Or the presence of a candidate could be merely superficial, a stand-in for someone who is actually in your life. Hillary Clinton has the same haircut as your mom, so you dream that she's sending you off to school. Your loud, hypercritical boss is giving you problems, so you dream that Mr. Trump is berating you about your job performance.

Mr. Bulkeley says that, at this stage, his collection of dreams from the 2016 campaign amounts to an amusing "snapshot" more than a comprehensive data set. But if this election has anything to teach, it's that a lack of rigor does not disqualify a person from capturing the imaginations of an anxious public.

"Unfortunately, Donald Trump has been a fairly frequent visitor to my own dreams," says Mr. Bulkeley, noting that his preoccupation with election-year dreaming has taken an unexpectedly large bite out of his schedule, "often in settings where he is distracting me."

Steve Kolowich writes about how colleges are changing, and staying the same, in the digital age. Follow him on Twitter @stevekolowich, or write to him at [email protected]