When the histories of the Trump era are written from exile in Justin Trudeau's Canada, they will record that it was none other than Jimmy Fallon who brought down the republic.

Or so you might have thought, at least, listening to the furious liberal reaction to Fallon's willingness to treat Donald Trump like any other late-night guest last week: kidding around with him, mussing up his combover and steering clear of anything that would convey to late-night television viewers that Trump is actually beyond the pale.

But the Democratic Party's problem in the age of Trump isn't really Jimmy Fallon. Its problem is Samantha Bee.

Not Bee alone, of course, but the entire phenomenon that she embodies: the rapid colonization of new cultural territory by an ascendant social liberalism.

The culture industry has always tilted leftward, but the swing toward social liberalism among younger Americans and the simultaneous surge of activist energy on the left have created a new dynamic, in which areas once considered relatively apolitical now have (or are being pushed to have) an overtly left-wing party line. 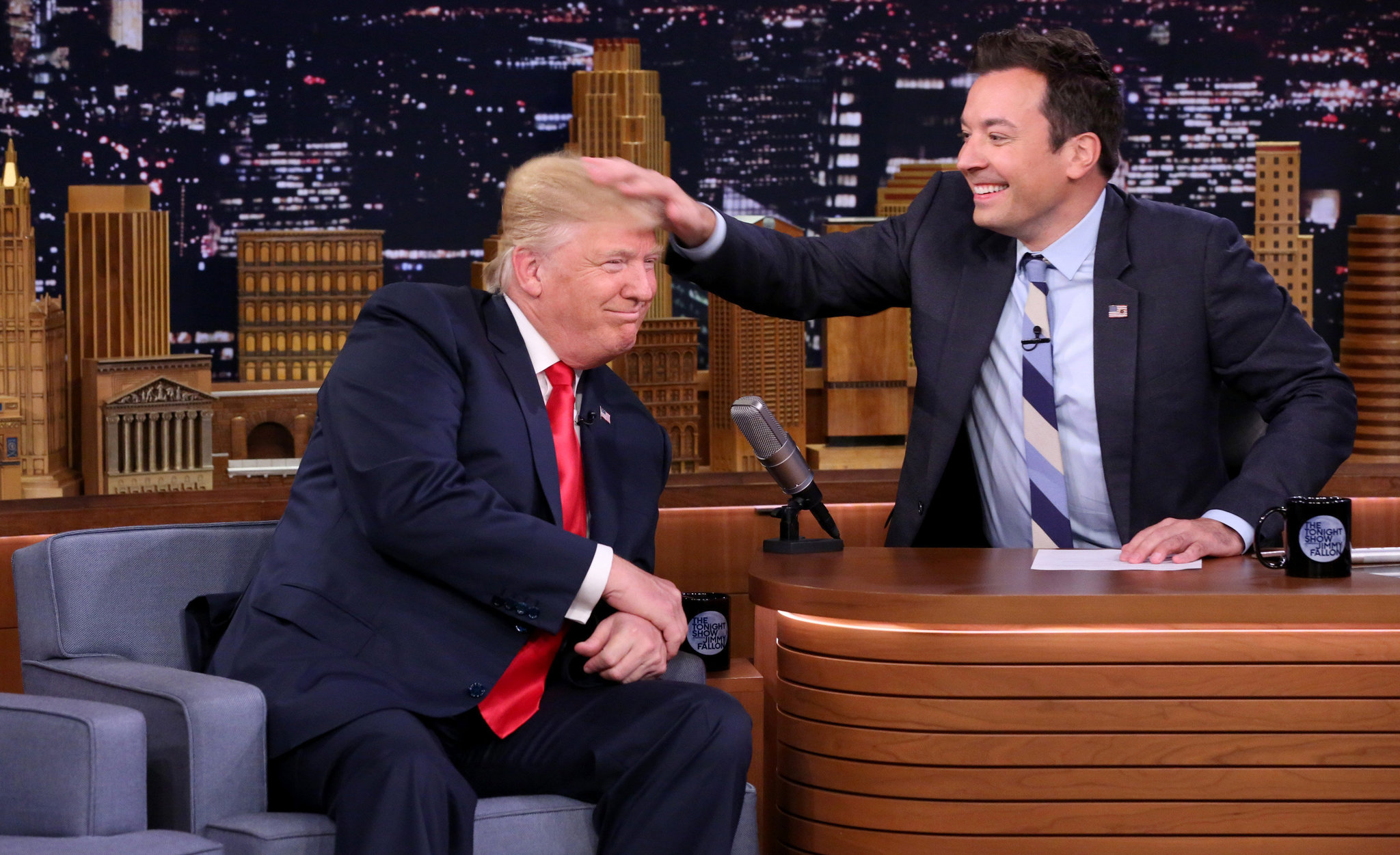 On late-night television, it was once understood that David Letterman was beloved by coastal liberals and Jay Leno more of a Middle American taste. But neither man was prone to delivering hectoring monologues in the style of the "Daily Show" alums who now dominate late night. Fallon's apolitical shtick increasingly makes him an outlier among his peers, many of whom are less comics than propagandists — liberal "explanatory journalists" with laugh lines.

Some of them have better lines than others, and some joke more or hector less. But to flip from Stephen Colbert's winsome liberalism to Seth Meyers's class-clown liberalism to Bee's bluestocking feminism to John Oliver's and Trevor Noah's lectures on American benightedness is to enter an echo chamber from which the imagination struggles to escape.

It isn't just late-night TV. Cultural arenas and institutions that were always liberal are being prodded or dragged further to the left. Awards shows are being pushed to shed their genteel limousine liberalism and embrace the race-gender-sexual identity agenda in full. Colleges and universities are increasingly acting as indoctrinators for that same agenda, shifting their already-lefty consensus under activist pressure.

Meanwhile, institutions that were seen as outside or sideways to political debate have been enlisted in the culture war. The tabloid industry gave us the apotheosis of Caitlyn Jenner, and ESPN gave her its Arthur Ashe Award. The N.B.A., N.C.A.A. and the A.C.C. — nobody's idea of progressive forces, usually — are acting as enforcers on behalf of gay and transgender rights. Jock culture remains relatively reactionary, but even the N.F.L. is having its Black Lives Matters moment, thanks to Colin Kaepernick.

For the left, these are clear signs of cultural gains, cultural victory. But the scale and swiftness of those victories have created two distinctive political problems for the Democratic Party.

First, within the liberal tent, they have dramatically raised expectations for just how far left our politics can move, while insulating many liberals from the harsh realities of political disagreement in a sprawling, 300-plus million person republic. Among millennials, especially, there's a growing constituency for whom right-wing ideas are so alien or triggering, left-wing orthodoxy so pervasive and unquestioned, that supporting a candidate like Hillary Clinton looks like a needless form of compromise.

Thus Clinton's peculiar predicament. She has moved further left than any modern Democratic nominee, and absorbed the newer left's Manichaean view of the culture war sufficiently that she finds herself dismissing almost a quarter of the electorate as "irredeemable" before her donors. Yet she still finds herself battling an insurgency on her left flank, and somewhat desperately pitching millennials on her ideological bona fides.

At the same time, outside the liberal tent, the feeling of being suffocated by the left's cultural dominance is turning voting Republican into an act of cultural rebellion — which may be one reason the Obama years, so good for liberalism in the culture, have seen sharp G.O.P. gains at every level of the country's government.

This spirit of political-cultural rebellion is obviously crucial to Trump's act. As James Parker wrote in The Atlantic, he's occupying "a space in American politics that is uniquely transgressive, volatile, carnivalesque, and (from a certain angle) punk rock." (The alt-right-ish columnist Steve Sailer made the punk rock analogy as well.) Like the Sex Pistols, Parker suggests, Trump is out to "upend the culture" — but in this case it's the culture of institutionalized political correctness and John Oliver explaining the news to you, forever.

Trump's extremism also limits his appeal, of course. But if liberals are fortunate to be facing a Johnny Rotten figure in this presidential campaign, they are still having real trouble putting him away ... and if he were somewhat less volatile and bigoted and gross, liberalism would be poised to close its era of cultural ascendance by watching all three branches of government pass back into conservative hands.

Something like this happened once before: In the 1960s and 1970s, the culture shifted decisively leftward, but American voters shifted to the right and answered a cultural revolution with a political Thermidor.

That Nixon-Reagan rightward shift did not repeal the 1960s or push the counterculture back to a beatnik-hippie fringe. But it did leave liberalism in a curious place throughout the 1980s: atop the commanding heights of culture yet often impotent in Washington, D.C.

By nominating a Trump rather than a Nixon or a Reagan, the Republicans may have saved liberalism from repeating that trajectory. But it remains an advantage for the G.O.P., and a liability for the Democratic Party, that the new cultural orthodoxy is sufficiently stifling to leave many Americans looking to the voting booth as a way to register dissent.