Despite numerous efforts by the government and entertainment industries, many college students still use BitTorrent to gain access to the latest movies, music and games. While most universities have strict anti-piracy policies in place, there are always groups of students who continue undeterred. Today we look at the top universities in the United States ranked by BitTorrent usage. 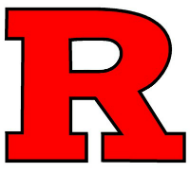 In recent years, US colleges and universities have undertaken measures to reduce piracy.

Schools across the country responded appropriately to the new rules and some institutions have spent hundreds of thousands of dollars installing anti-file-sharing systems on their networks. However, this doesn’t mean that college piracy has been completely eliminated.

There’s still plenty of unauthorized swapping going on at colleges, even on BitTorrent, which is the most heavily monitored file-sharing platform.

With help from ScanEye, TorrentFreak has obtained a list of the most active U.S. universities on BitTorrent networks this year. ScanEye monitors hundreds of thousands of public torrent files and based on IP-addresses they can track downloaders back to individual universities, when these are listed as the IP-owner.

As can be seen on the table below, Rutgers University leads the list with 1809 “hits” since November last year, almost twice as many as New York University which comes in second place with 986 hits.

To put the “hits” in perspective, a large Internet provider such as Comcast has several million, and even Disney has over a hundred hits. While some students (or staff) still use BitTorrent on the university network, BitTorrent use is certainly not rampant.

As a disclaimer, we have to mention that not all of the files downloaded at these universities are being shared without permission. There is plenty of legal content available on BitTorrent. However, a quick glimpse at the most downloaded content reveals that unauthorized sharing is relatively popular.

At Rutgers University the top 5 most downloaded files comprises the movies Fast Five, Cars 2 and Puss in Boots, the game The Witcher 2: Assassins of Kings, and the album The Dreamer, The Believer by Common. Typical student downloads such as Microsoft Office for Mac and cult films such as Pulp Fiction are high up the list of most shared files at Rutgers University.

Below is the full list of the top 50 universities ranked by BitTorrent usage.