The House of Representatives voted Tuesday to repeal Internet privacy protections that were approved by the Federal Communications Commission in the final days of the Obama administration.

The Senate voted along party lines to undo the rules last week. The resolution now goes to Trump's desk. The White House said Tuesday it "strongly supports" the repeal.

The rules, which had not yet gone into effect, would have required Internet service providers to get your permission before collecting and sharing your data. The providers have data on your web browsing history, app usage and geo-location.

Providers would also have been required to notify customers about the types of information collected and shared.

The privacy rules were intended to give consumers extra control over their personal data online at a time when everything from smartphones to refrigerators can be connected to the Internet.

Opponents of the privacy rules argued it would place an undue burden on broadband providers while leaving large Internet companies like Facebook (FB, Tech30) and Google (GOOGL, Tech30) free to collect user data without asking permission.

Representative Michael Burgess, a Republican, described the rules as "duplicative regulation" on the House floor and said the repeal would "level the playing field for an increasingly anti-competitive market."

But rather than apply similar protections to more businesses, the Republican-controlled Congress voted to scrap the rules entirely.

Democrats and privacy advocates have argued this approach effectively hands over the customer's personal information to the highest bidder.

"It totally wipes out privacy protections for consumers on the Internet," Democratic Representative Anna Eshoo said on the floor. "I don't want anyone to take my information and sell it to someone and make a ton of money off of it just because they can get their mitts on it."

Michael Capuano, a Democratic Representative, took it one step further. "Just last week, I bought underwear on the internet," he said. "Why should you know what size I take, or the color, or any of that information? 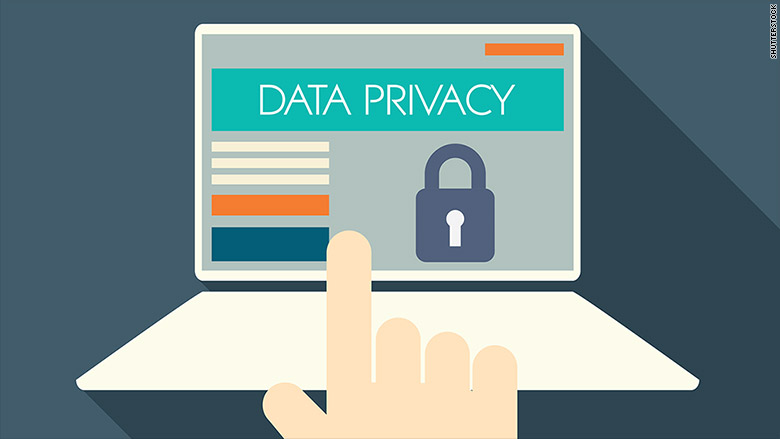 Many broadband providers already share some of their customers' browsing behavior with advertisers. Providers typically offer the choice to opt out, but consumers may not even be aware of this data collection — let alone how to get out of it.

With Facebook and Google, weary users may choose to limit their activity on the sites or switch to rival services. But switching providers is often difficult, as is hiding your Internet activity from your Internet provider.

"Most people can't simply walk away from their Internet service provider," says Neema Singh Guliani, legislative counsel at the ACLU. "They need the Internet and they may not have another option."

A virtual private network, or VPN, is one option to protect your online activity. One service, NordVPN, says it has seen a "sharp increase" in consumer interest in the days since the Senate vote.

The repeal is a big win for large providers like AT&T (T, Tech30) and Verizon (VZ, Tech30). They have bet billions on content, including AT&T's pending acquisition of Time Warner, the parent company of CNN.

This content can potentially be paired with subscriber data to build up lucrative targeted advertising businesses that compete with Google and Facebook.

"I don't think of it as game over," says Guliani, who predicts Republicans will face pushback from their constituents for the privacy vote. "I think of it as a setback."