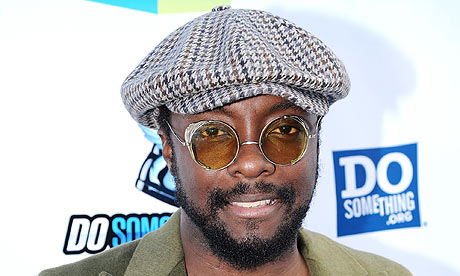 Live on Mars … Will.i.am to premiere Reach for the Stars via Curiosity rover. Photograph: Jeff Kravitz/FilmMagic

Will.i.am's new single will be premiered 166m miles from Earth. With the help of Nasa, the rapper is broadcasting Reach for the Stars via the Curiosity rover stationed on the surface of Mars.

For four minutes and 24 seconds on Tuesday, Curiosity will act as a $2.5bn radio station. Will.i.am's Reach for the Stars will be beamed from the rover back to Earth, streamed as part of an educational showcase at Nasa's Jet Propulsion laboratory in Pasadena, California.

Will.i.am will be present at the event, where officials plan to announce a new partnership between the US space agency, the musician's i.am.angel foundation, and digital curriculum company Discovery Education. Reach for the Stars is apparently "a new composition about the singer's passion for science, technology and space exploration", written last year, when Curiosity blasted off toward Mars. "#dreambig," wrote Will.i.am in his Twitter announcement. "My song is finally going to be beamed back to earth."

The singer released an excerpt of the song last week – made more poignant by the death of astronaut Neil Armstrong on Saturday. "Why do they say the sky is the limit/ When I've seen them footprints on the moon?" the 37-year-old sings, with strings, choir and heavy Auto-Tune. "I know that Mars might be far/ but baby it ain't really that far."

Nasa's music/education event will be streamed on their website at 1pm PDT (8pm GMT) on Tuesday.