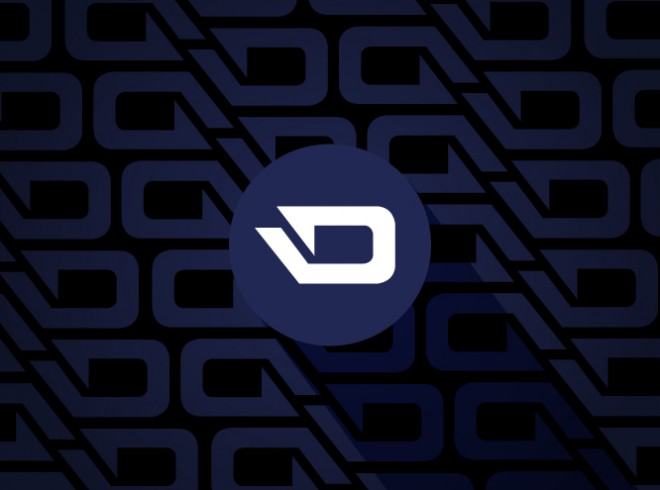 Someone out there likes anonymous money.

In only a month, the little-known bitcoin alternative known as Darkcoin has rocketed nearly tenfold in value–from around 75 cents a coin to almost seven dollars. Its selling point: Darkcoin offers far greater anonymity than bitcoin, mixing up users' transactions so that it's incredibly difficult to trace a payment to a person. And though few have yet to accept that more-anonymous coin for actual goods and services, the promise of Darkcoin's privacy features seems to have sparked a miniature boom. It's one of the fastest growing among the wave of cryptocurrencies that's followed bitcoin's success, with the total value of its combined coins topping out at nearly $30 million.

Darkcoin, supporters argue, serves a real privacy need. Despite its reputation for being more anonymous than traditional money, the bitcoin network actually allows anyone to see every transaction on a public accounting ledger known as the blockchain. Users often have to take extra steps, like mixing their coins in a "laundry" service, to prevent those addresses from being tied to their identity by any government or corporation that wants to snoop.

Darkcoin adds an extra layer of privacy by automatically combining any transaction its users make with those of two other users–a feature it calls Darksend–so that anyone analyzing the blockchain has a harder time figuring out where a particular user's money ended up. "A large community believes that the way bitcoin's blockchain is designed is a problem," says Evan Duffield, the 32-year old Arizona-based software developer who launched Darkcoin in January. "Darkcoin has this anonymity aspect to it, which is attractive to a lot of people."

Darkcoin's exchange rate with the dollar and market cap over the last month. Credit: Coinmarketcap.com

Darkcoin's uncanny growth, of course, may also be fueled by speculators who see an opportunity to jump on a hot commodity. And given how wildly it's appreciated in its short life, there's no guarantee it won't crash just as fast.

But Darkcoin's price increases may also be linked to real changes in its features, says Kristov Atlas, a bitcoin consultant and Darkcoin fan. He argues that its value comes in part from its unique properties as a payment system, not just as an investment vehicle. The currency's first big price jump occurred in late April, for instance, when its Darksend privacy trick was initially switched on for real transactions. "It's not purely a speculative bubble," Atlas says. "There's some solid indications the market price is currently based on the fundamental value of the coin."

Darkcoin's price may in fact be "manipulated" by investors, says Allen Price, a trader in the bitcoin alternatives known as "altcoins." But he says it's already outlasted his expectation that its price growth was caused by a pump-and-dump scam. "I had sort of smugly stood to the side waiting for the big, inevitable crash with an 'I told you so' ready," says Price. "But no crash ever really came, and it's been kind of an ongoing success for investors."

Much of the currency's more recent price increase, says Duffield, may stem from its system of financially rewarding users whose machines serve as the coordinators of its Darksend transactions. Anyone can become make their computer into one of those coordinators, which Duffield calls "master nodes," by proving that they've paid a thousand darkcoins. In exchange, they reap ten percent of all new coins added to the Darkcoin network, which are distributed among the master nodes as an incentive for their work. Duffield says Darkcoiners seeking those rewards created 170 master nodes in the last month, tying up 170,000 darkcoins, a number that significantly decreased the currency's supply and has likely helped raise its price.

Darkcoin's creator also offers another, even stranger explanation for the currency's value increase. Like bitcoin, Darkcoin can be "mined" by anyone who repeatedly computes a certain hash function. Darkcoin's unique hashing algorithm means it's almost as easy to mine it with a normal CPU as it is with the hotter-running GPU chips that are better suited to mining bitcoins. As the weather gets warmer, more miners may be turning to Darkcoin to exploit cheaper chips that don't require as much cooling, Duffield says. "You get almost as much bang for your buck with a CPU as a GPU," he says. "That's drawing people over because the summer's coming."

Of course, the simplest theory explaining Darkcoin's growth is, well, darker: It may be becoming a convenient tool for the black market. Bitcoin, after all, has become the currency of choice for more than a dozen websites that model themselves on the now-defunct Silk Road marketplace, running on the Tor anonymity network and selling drugs, forgeries and other contraband.

Only a couple of online stores currently accept Darkcoin for their products, like a wine shop and a UK-based seller of cannabis seeds. But some users may be trading bitcoins for darkcoins and back again, using the Darkcoin network as a giant bitcoin-laundering service. Those laundry transactions may be part of what's driven Darkcoin's massive trade volume, which has recently reached millions of dollars a day. "It's sort of a private on-ramp and off-ramp into bitcoin," says Atlas.

Duffield insists–and those who see financial privacy as a fundamental value may even believe him–that the black market isn't the main driver of his cryptocurrency's growth. "I don't see much chatter about using it for illegal things," he says. "It's a neat technology and people want to invest in it because it's useful."

Darkcoin is just one of the growing number of projects attempting to make cryptocurrency payments more private and untraceable, some of which have no illusions about how they're enabling illicit commerce. Earlier this month the crypto-anarchist group unSystem launched Dark Wallet, which it explicitly describes as "money laundering software." A group of researchers at Johns Hopkins plans to launch Zerocoin later this year, a bitcoin alternative that uses a new mathematical trick called a "zero knowledge proof" to give its users a coin that's theoretically completely untraceable.

If Darkcoin does catch on among real sellers of goods and services–legal or not-so-legal–expect its price explosion to continue. "We're just waiting for that," says Duffield. "When it happens, it'll drive a whole other level of appreciation."

With reporting contributed by Robert McMillan.