You don't have to notice, but if you do, it's like a hidden kiss. There have always been popular television shows that sneak bits of arcane learning into their storylines. Star Trek did this. Dr. Who (in Britain) did this. So, back in the day, did Rocky and Bullwinkle and before them, a cartoon show called Crusader Rabbit. You'd be watching the program, and — hiding in a tossed-off bit of dialogue, a detail on the set, or some signage in the background — there would be a sly reference to a math problem or to a philosopher. 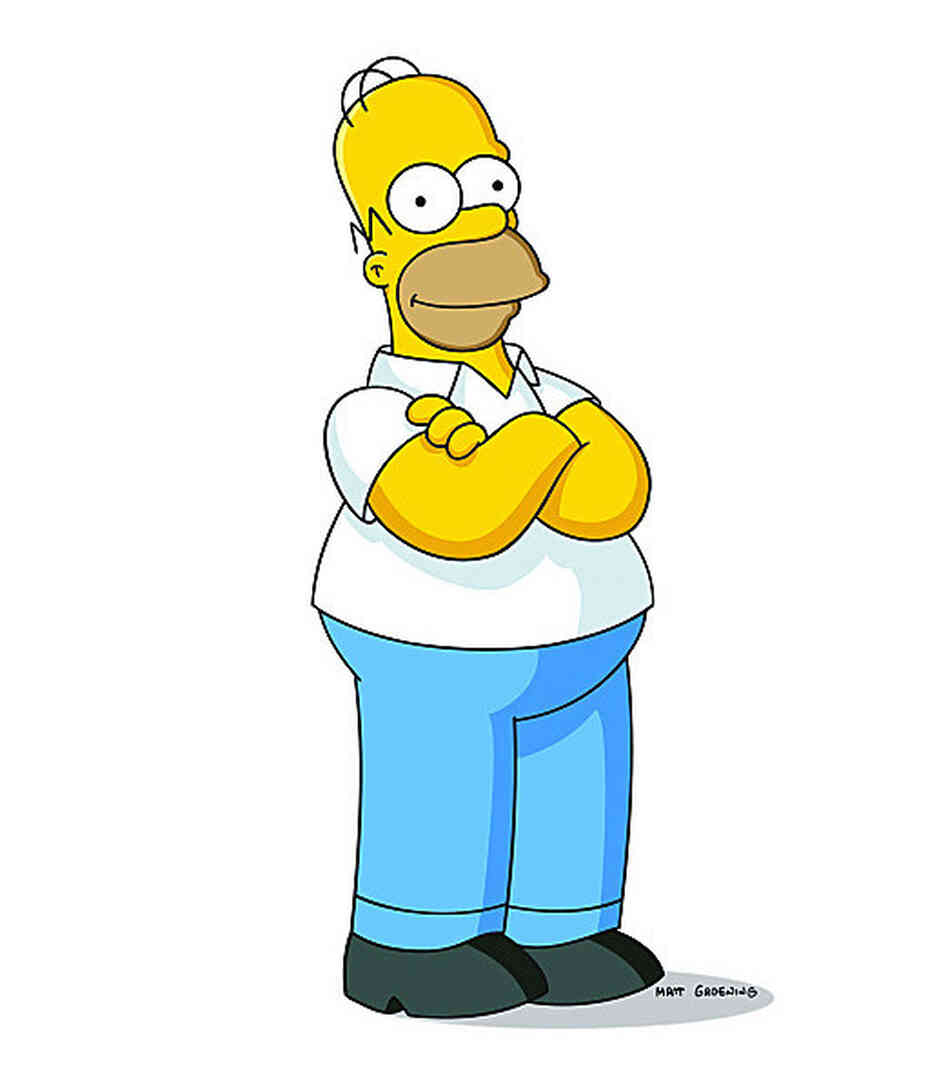 Right now, the best place to look for nerdy sweets is, of course, The Simpsons. They have a writing staff chockablock with mathematicians, so, inevitably funny little math bits creep in. The jokes they tell aren't exactly fall-off-the-barstool variety. For example, in one episode, "The Wizard of Evergreen Terrace," Homer seems to solve one of the toughest mathematical puzzles ever: Fermat's Last Theorem. Except (and this is the "gag me with a spoon" part), while he seems to triumph, Homer's solution is what mathematicians call "a near miss" — a fancy way of saying "D'oh!" It doesn't quite work. 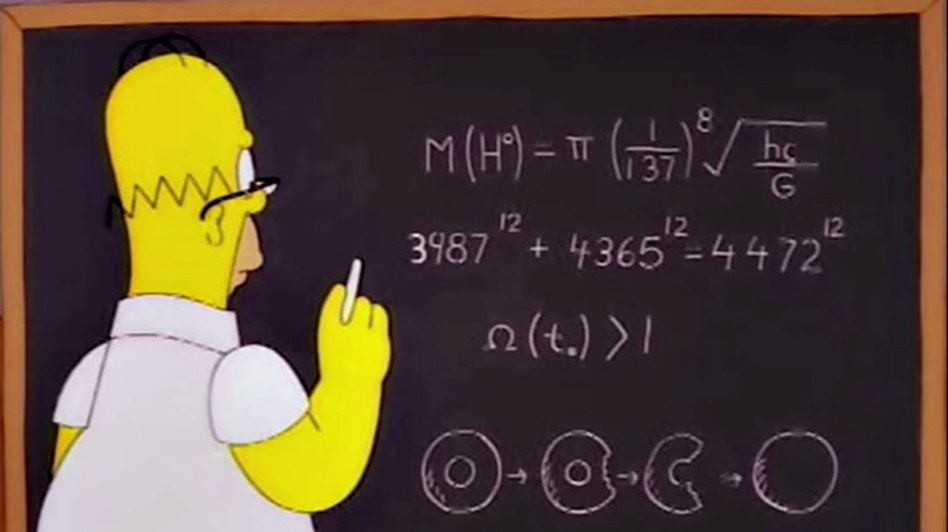 In this video, British science writer Simon Singh weighs in, and runs Homer's numbers again, with a pen on some brown wrapping paper. It turns out that, while Homer's math looks "like a perfectly valid solution," he's off by, oh, quite a lot. And so, big smiles all around — and a mystery: Why, Simon Singh asks, do very sophisticated math guys, some with Ph.D.s, choose to become comedy writers? And why do four of them choose an animated show? Is there something about mathematics that likes a cartoon? Singh, appearing here on Brady Haran's video blog, Numberphile, considers these questions, beginning with a review of TV shows that have featured Fermat's Last Theorem.

Simon Singh is author of The Simpsons and Their Mathematical Secrets. Brady Haran's videos cover a great many subjects, mostly mathematical, presented by all kinds of wonderful scholars. You can find them collected here.

In the same mood, but done very differently, I love this scene from an old Universal Picture's Ma & Pa Kettle film, where Pa patiently explains that 25 divided by 5 equals 14. Ma, being a bit of a math nerd herself, multiplies 5 times 14 and gets … 25. Their son tries to demonstrate otherwise, but Ma has a blackboard — and proves herself right. Somewhere on Mt. Olympus, Euclid is frowning.