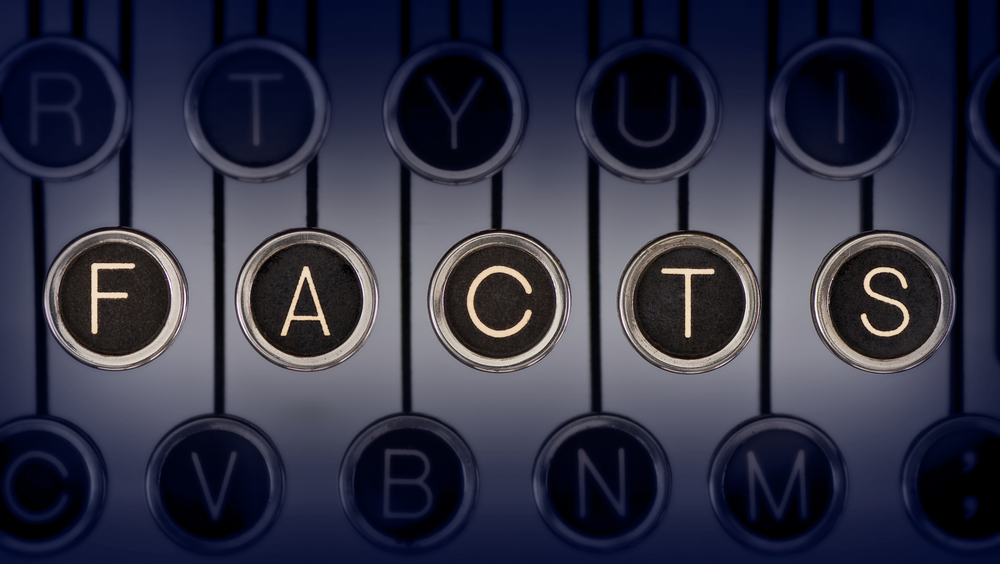 I am a magazine fact checker. This is how I describe my job: "I verify and put a check mark above every single word in an article. If it is incorrect, I put a box around it and suggest a fix."

It sounds boring, but it rarely is. At its finest, fact-checking is a little safari through someone else's reporting process. I trace a reporter's steps in writing the kinds of big glossy feature stories that I hope to write someday.

To verify the information in a story, I read papers, email assistants, talk to scientists, and sift through CDC reports. I've chatted with a mangrove tree specialist as he called me from rest stops on a road trip through Louisiana. I've woken up at 6:30 a.m. to Skype a solar energy scientist in Israel, from the bathroom of a sublet in Brooklyn so as to not wake up my roommates. I've toyed with putting NASA media headquarters as a contact in my phone.

I've also cursed writers for listing Wikipedia pages and sloppy WordPress sites in their footnotes. I've been chided by researchers for attempting to confirm misinterpretations of their experiments, or relaying the content of a banal quote they're sure they'd never say. The most frustrating: I've collected my own anecdotes that never amount to more than Gchat fodder. (Writers may have to kill their darlings, but fact checkers keep them to themselves in the first place.) It is never not a learning experience, and I think I am poised to be a better writer for it. It is how I learned to be a writer in the first place, really.

One of the first stories I ever fact checked was about paleontology in a big city. The text was a little over 1,000 words. The editor handed me a thick envelope full of papers, notes, and newspaper clippings for reference. All this paper and ink had gone into making two pages of a magazine. I learned that fact checkers also act as last-ditch reporters: There were still more questions that the editor needed me to answer — details like "What did the paleontologists dig out of the ground first?" (Answer: snails, and along with it the mind-pop reward of tracking down a good detail.)

The experience of reading a good article is easy. The opposite is true of fact checking it. Getting every little detail in place is like sliding Jenga pieces back into a half-dismantled Jenga tower. It is a careful process that in the end is largely uncreative.

From the mechanical process, here's what I've learned about the art of writing:

Interviews: When I'm lucky, I get to read interview transcripts. (Writers, send fact checkers your transcripts or notes!) I used to figure that the greats could sit down to an interview with a neat list of questions and produce, then and there, something fit for publication.

In a good interview, there will be a handful of gems, and the best — or maybe just the ones that happen to fit — will be in the article. A dozen pages of interview transcript might be polished into a Q&A that takes up a single magazine page. An interview is a conversation, in all its ordinary messiness. Let the conversation wander and worry about what's good and what's scrap later, when you're listening to the tape.

Transcribing an entire interview is time-consuming, and, since so little of the conversation is woven into the final piece, largely pointless. Sifting through others' notes, I've picked up a much more efficient habit: re-listening to an interview recording, taking notes and putting verbatim quotes in quotation marks, with the time recorded next to them in brackets.

Follow up with the source to get what you need. Now is the time for super-specific questions. Sometimes when I am fact checking, I will try to artificially speed up the process of a lengthy conversation by saying "My editor wants such and such a kind of quote to explain this." In a pinch, this method will do. It rarely yields anything good.

Quantification: Numbers are tricky things, and there are a lot of them in science reporting. In an experimental methods class in college, we learned about error bars that give each point context. A point with very large error bars isn't very certain. I remember a particularly mean professor putting up a figure, from someone's lab report, that lacked them. "The data [don't] mean anything," he said.

In writing, instead of error bars, we just have words. So I am an arsenal of "maybe," "mostly," "sometimes," "often," "almost." I rattle these off to scientists when I feel their hesitation over a fact I have just stated. Mangrove trees consume around this much water, a genome is about this large. Learn to put these words in as you write. They are sort of ugly, but used correctly they add value by conveying uncertainty. (And sometimes, there is just no data point to latch onto: Once, when I was trying to get a number on when the infamously-delayed James Webb Space Telescope would launch, the NASA media person told me to just give up: "We have no idea, ok?")

Word choice: Metaphors are similarly tricky; you have words subbing in for a law of physics or a biological process. My fiction-writer roommate likes to make fun of a popular quote: "Writing is easy. You just open up a vein and bleed." That sentiment is wrong; creating a good story is a painstaking process. Sometimes when I'm on the phone with a scientist, they'll blow a little hole in whatever the writer has written — "No, no, it's not molecules crowding like shoppers at a mall, at all" — and I'm left to fill it in. And this is the part of the process where blood or word vomit or whatever flows out: "Well, is it like…is it like … is it like …?" Eventually, if we are lucky, we'll have a nice little "aha" moment together and come up with something else: "Oh, it is like electricity running down a fraying wire." The lesson here is to make metaphor-brainstorming a group process. It's fun to do in an interview: "If you were describing this to a smart high schooler, what analogy would you use?" or, "So would it be correct to say that stuff falling into a black hole is like hair swirling around a bathtub drain?" If you don't get a good image, at least you'll get a good discussion.

Sometimes the metaphor is all wrong, and I'm left to triage. Once I was fact checking a line that went something like this: "If you were to scythe off a human head, the carotid arteries would shoot blood five feet up." The first source I contacted, a doctor, said, "I don't know, I haven't tried that." The writer emailed me the calculation — blood pressure is 120 millimeters of mercury, equal to the pressure of 62 centimeters of water. I contacted a forensics expert, just to be sure. On paper, the pressure of that artery is enough to shoot blood five feet up. But the body is not a freshman-year physics problem. Sever a neck, and the blood vessels collapse and the nervous system shuts down.

"Immediately?" I asked the expert. He sent me a link to some videos, all with one common search term: "beheading." Indeed, there was no shooting blood.

Persistence: I've gained some character qualities, too. I've learned to be a human nuisance. My brain's unfortunate motto is "don't be an inconvenience." But, like reporting, checking facts involves follow-up phone calls, stating your deadline. I ask people to repeat things. I ask silly questions. When you have to confirm everything in a piece — including things you think you know — you have to ask silly questions. A common response I get from sources when I finish confirming a single paragraph of information is: "But I talked to the writer for so long."  I know, source. I know.

Only once has a scientist — other than one of my parents — raised her voice at me. I was checking a story written by a well-established writer whose byline evokes the thought: "I will never be that good." And it's not that this writer isn't good — any number of things go into getting a story just right, and it's easy to make mistakes. That's why fact-checkers are there as a backstop.

In this case, it was a little error — two details about an apparatus mixed up — that provoked the source's ire. But the mistake conveyed, at best, that the writer had read the researcher's paper in haste. I was left to do a little "don't shoot the messenger" song and dance, which I have perfected thusly: "It makes me look bad if things are wrong, so our interests are the same."

Fact checking has made me more careful, skeptical, and rigorous in my reporting. Mostly, though, it's made me more afraid, as I stare down the barrel of a career that will likely soon land me working for outlets with small budgets and no fact checkers. But when I'm writing without the safety net of a checker (or even with), I have an arsenal of things to watch out for. I know what's easy to get wrong — names, dates, and all the rest. I'm quick to pick up the phone when I'm feeling unsure about a detail. But mostly, I know how easy it is to make a mistake, because I have seen so many of them.

The solution, of course, is all in how you handle it. Here is what you do: Put a box around it. Find a fix. 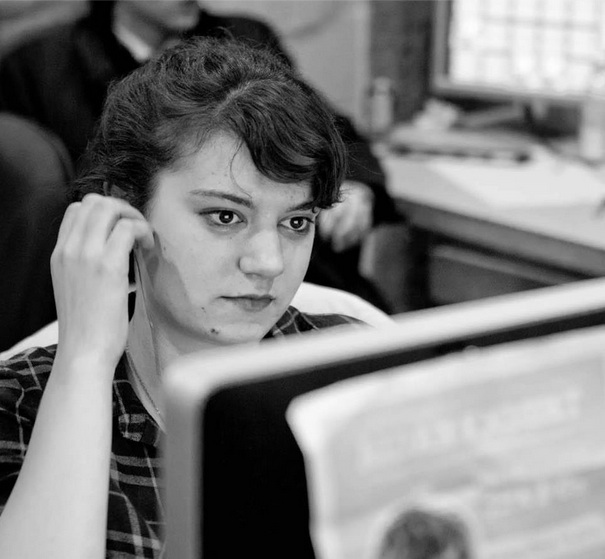 Shannon Palus is a fact checker for Discover and Popular Science, and a freelance writer. She recently earned an undergraduate degree in physics from McGill University. She is based in Philadelphia and New York. Follow her on Twitter @shanpalus.