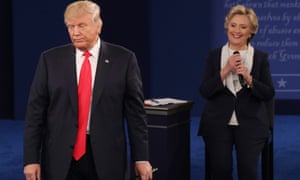 Donald Trump has repeatedly been described as an 'alpha male', suggesting he is a dominant and unflappable example of peak male physical prowess. This seems… unlikely.
Photograph: Jim Lo Scalzo/EPA

That's the general idea, anyway. But the idea that human men can be alpha males is actually far from scientifically accepted. This may come as a surprise, given how common and widespread the notion is. The most recent example would be Donald Trump in his presidential debates. People have labelled him an alpha male, Nigel Farage even defended Trump's obscene comments about women as "alpha male boasting" and compared him to a silverback gorilla, which for those familiar with primate anatomy is actually quite an insult. So what, scientifically, is the case for alpha males among humans? As ever, it's somewhat complicated. 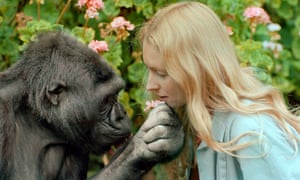 Alpha males are supposed to be good with the ladies. Photograph: Ron Cohn/BBC

The origin of the human alpha male

New York Magazine has a very informative and detailed article about this, but the take-home message is that before the 1960s there were barely any examples of humans being described as alpha males, the term was restricted to fields like primatology research. Species like chimps and gorillas do have social structures and hierarchies with a dominant individual at the top, typically a male who has achieved that positon via displays of strength and physical prowess. The fact that alpha males exist isn't disputed, it's whether humans can actually be such a thing.

The term started being applied to humans with the publication of Frans de Waal's Chimpanzee Politics, which made direct comparisons between human and chimp behaviour, including the dominant behaviour of males. It became more mainstream when used in the context of Al Gore's presidential campaign.

It really became accepted as something men should want to be with the success of Neil Strauss's The Game, based on lessons he acquired from the Pick Up Artist community. This should trigger alarm bells for many; terms and methods acquired from Pick Up Artists should be treated with extreme scepticism at the very least. But, sex being the powerful motivator that it is, the idea that being an alpha male would improve your life and make you more successful with women proved incredibly beguiling, so acceptance and use of the term has now become the norm. But this doesn't mean it's valid, just that it's common. 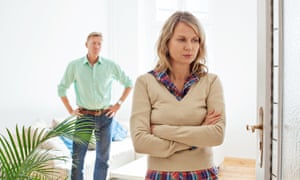 Alpha males expect to get their own way at all times, and often do. Why that happens is another matter. Photograph: Alvarez/Getty Images

The case for the human alpha male

One reason that, despite a lack of concrete evidence, the idea of the human alpha male is so persuasive is that is makes a great deal of intuitive sense. The big, loud, brash guys who swagger and dominate and bully have been part of our society for as long as it's existed, so it's nice to have a convenient label for them if nothing else.

It's hard to deny that humans are very susceptible to the process of social dominance; we exist in unequal hierarchies with inferior and superior individuals in almost every context, so it's not far-fetched to assume that some men rise to the top of these hierarchies due to a combination of physical and psychological qualities (such as height, a deep voice, and so on).

Humans are, for better or worse, very easily influenced by displays of confidence, after all. And by acting confident, men could well find they get their way more often, and thus be compelled to continue. A self-fulfilling prophecy that suggests "fake it 'til you make it" is a valid approach to "becoming" an alpha male, and therefore propagate the idea. After all, women love a bad boy (maybe).

Overall, human behaviour has many aspects that, taken together, suggest that alpha males are a real thing. 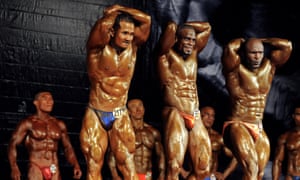 Displays of strength and prowess are common in the wild. They rarely involve oil and posing pouches, though… Photograph: Pornchai Kittiwongsakul/AFP/Getty Images

The case against the human alpha male

The conclusion in the previous section highlights the main problem with the arguments for human alpha males; it focuses on supporting evidence, and ignores that which contradicts it. Because while human do share a number of features and behaviours with our primate cousins, we are invariably far more complex.

People can belong to different hierarchies, for example; a guy who is the most vocal, dominant person in his amateur football team might be under the heel of an aggressive boss during his day job. Is he an alpha male, or not? It depends on context, obviously. Humans have many different social groups and varying roles within them, because we're more complex. A universal "alpha" seems unlikely.

Rather than relying on aggressive dominance, humans are actually far more cooperative and social. Some evidence suggests that our friendliness and sociability is what made us so smart to begin with, so rather than being the top humans, you could argue that alpha males are something of an evolutionary throwback, the civilizational equivalent of an appendix; no longer used, just hangs around and occasionally fills everything with poison.

Supposed human alpha male behaviour also often doesn't match alpha male behaviour in other species. Many non-human alpha males also have a corresponding alpha female who exerts similar levels of dominance and control, whereas human alpha males invariably have a "less respectful" attitude towards women, shall we say. Also, the fact that many communities of men (particularly online) are seemingly convinced that they can all be alpha males is a contradiction in terms; there should only be one alpha male per community, that's sort of the whole point. The rest should try and depose him as and when the opportunity presents itself, but until then they are, at best, "beta males", a term often used as an insult by members of said community with no sense of irony.

It's as if the idea of being an alpha male is very reassuring to those who lack confidence and are scared by the wider world and people in it, so want to turn the tables.

This may be key. Supposed alpha males may always get their way not because of to some evolved tendency in humans to respect and obey men who display a specific set of characteristics, as if people were video games that respond to certain cheat codes, but simply because they're scary. If a large, shouty man starts bellowing in your face, that's very unsettling, so people may do what he says to stop him from becoming violent, or just to make him go away. Said man would obviously perceive this as evidence for his own superiority.

Maybe the supposed human alpha male is a combination of disgruntled male wish fulfilment and borderline-pseudoscientific justification for resorting to bullying, intimidation and generally all-round unpleasant behaviour by men hoping to impose their will on a world they find too complex and unnerving so revert to their baser instincts to get what they want, despite knowing deep down they don't deserve it and shouldn't have it?

In fairness, "alpha male" is a lot more succinct.

Dean Burnett's debut book The Idiot Brain is available now in the UK, USA and Canada.