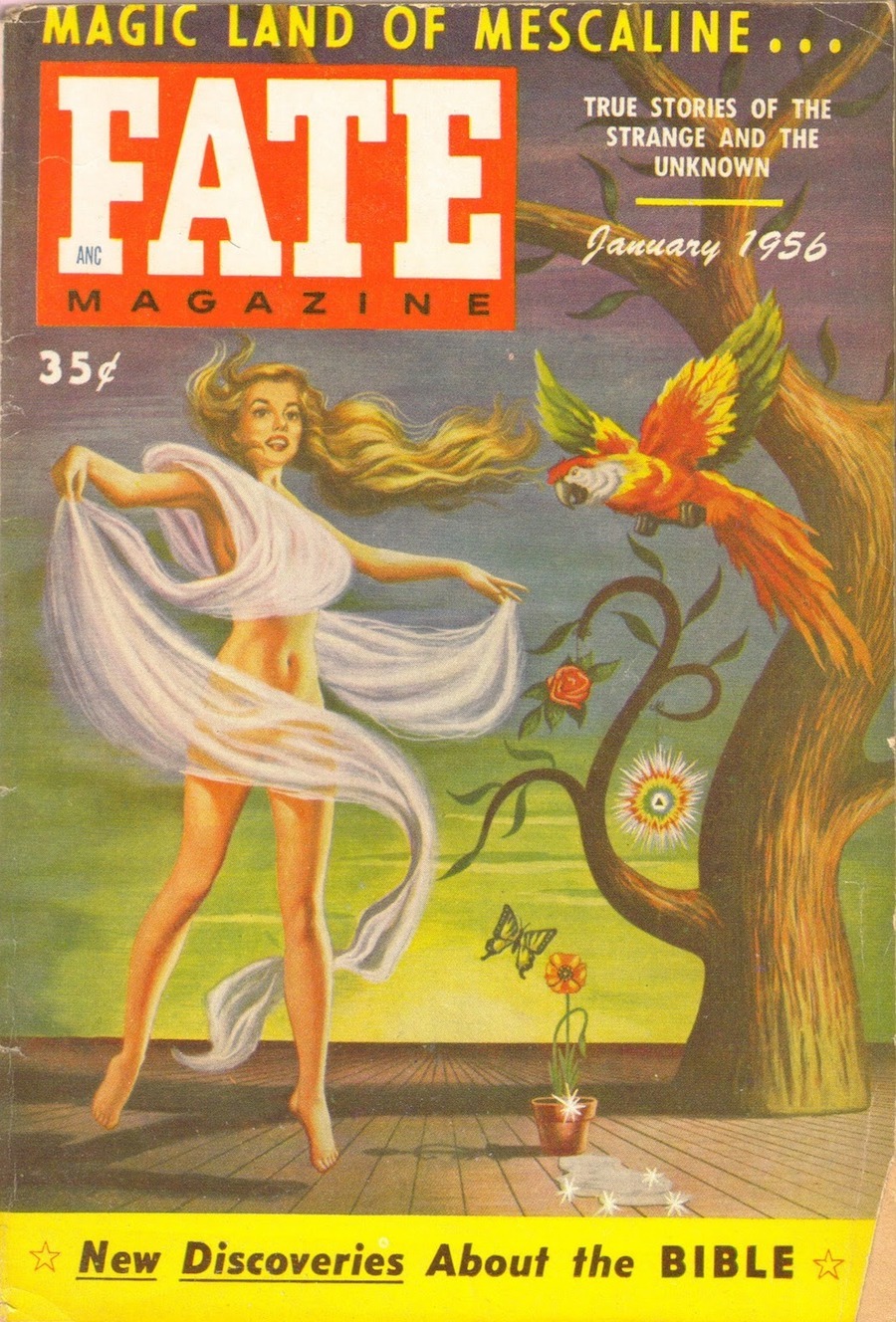 The cover of the January 1956 issue of Fate magazine. Read the entire cover story, 'In The Magical Land Of Mescaline' here.

Fate magazine published their first issue in 1948 featuring an illustration of gold flying saucers along with an accompanying article by Kenneth Arnold of his first-hand account of seeing UFOs while piloting his plane around Washington State. Arnold was more than a credible witness as far as the public was concerned. A professional pilot with approximately 9,000 hours of flying time to his credit, his story was a national sensation. Fate publisher and science fiction writer Raymond A. Palmer got together with Arnold to polish up his paranormal tale for publication in Fate's first issue making it hugely popular.

Palmer's love of the paranormal and science fiction started as a child, mostly to find solace as he was recovering from a horrific accident in which his spine was broken when he was hit by a truck at the age of seven. The injury would leave the young Palmer with a disfigured back (or humpback) as well as limiting his adult height to four feet. None of this stopped Palmer from writing, editing and publishing science fiction stories under various names during his long career which includes the notable distinction of publishing Isaac Asimov's first professional piece, Marooned Off Vesta while he was an editor for Amazing Stories magazine. In 1948 he would turn his attention to Fate magazine (with partner Curtis Fuller, who eventually bought him out) which is still going and to date has put out over 700 issues full of supernatural tales, the afterlife, the occult, witchcraft, spiritualism, ESP, telepathy, cryptozoology and anything else residing on the fringe and beyond our plane of existence. Writer John Keel, he of the Mothman mythos, wrote regularly for Fate and even edited the magazine for a period.

Many of the stories published in Fate were submitted by readers from all walks of life sharing their far-out experiences such as one published in 1956 called In The Magic Land of Mescaline. In the piece written by Claude William Chamberlain, Ph.D., the good doctor recounts the time he allowed himself to be the subject of a scientific experiment where he dropped a half-gram of mescaline.

Here's an excerpt from In The Magic Land of Mescaline from the January 1956 issue of Fate:

"I sat in the laboratory for an hour discussing current matters with my two friends—and nothing happened! A short time later, I closed my eyes for a moment and began to see "things." I call them "things" because I have no words to describe them. Not living creatures, people or tangible objects but forms of light and color that slid and expanded and revolved in constantly changing pattern. Something like a blooming, bright red rose evolved into a scarlet dance of lights and shadowy contrasts. Golden spheres melted into azure and pink sunsets, becoming flat planes of intense beauty. A glorious aurora borealis flashed at an angle and became a series of rainbows that developed into showers of glittering raindrops of amazing splendor. Up to this point, there had been no untoward sounds, odors or other sensations. I didn't have any feelings either pleasant or unpleasant. But, I was looking upon everything dispassionately, with cold objectivity. The warm friendship that existed between my two companions and me had not carried over into my new world. I felt nothing toward them. Except that I continued to talk to them, they might have been strangers a thousand miles removed from the scene. I realized who they were, well enough, but it left me unmoved. They were quite outside the new me. In my own case, I was far removed from the actualities of the workaday world, with highly increased perception and hypersensitivities to what ordinarily passes for unimpressive realities. It was a fantastic experience."

While Dr. Chamberlain's story is not the first to be documented by a physician (proper credit likely belongs to Havelock Ellis and his self-experimentation with the drug in 1896), it does precede the well-documented travels taken by actor Cary Grant during his acid awakening period starting in 1958 and concluding in 1961 where Grant claimed to have dropped at least 100 tabs of acid ultimately declaring himself "reborn" thanks to his experience under the influence (explored in the 2017 documentary Becoming Cary Grant). I've posted some of the more intriguing covers of Fate below, including one done by Robert Crumb in 2000 featuring his wicked Yeti Woman Some are slightly NSFW. 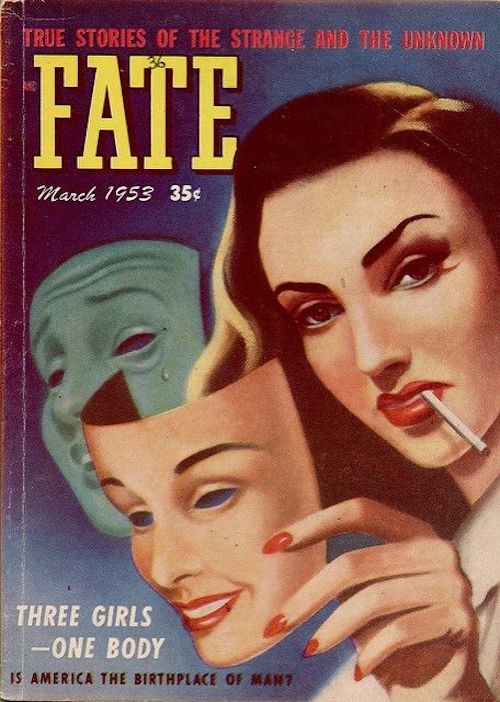 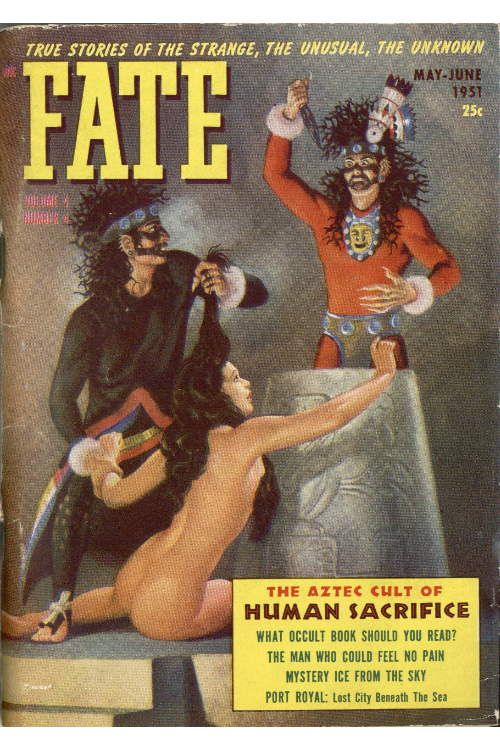 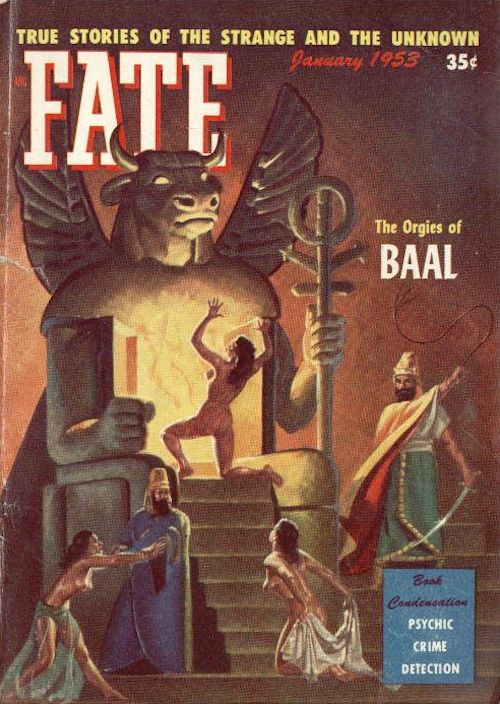 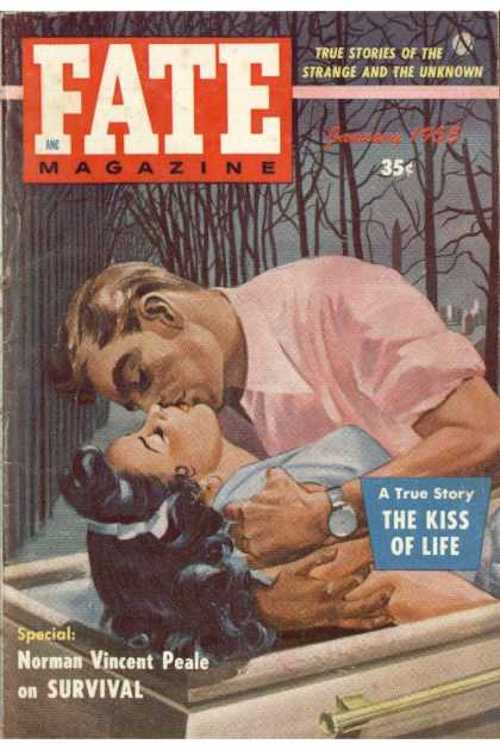 January 1955. And yes, the young lady in this illustration is lying in a coffin. 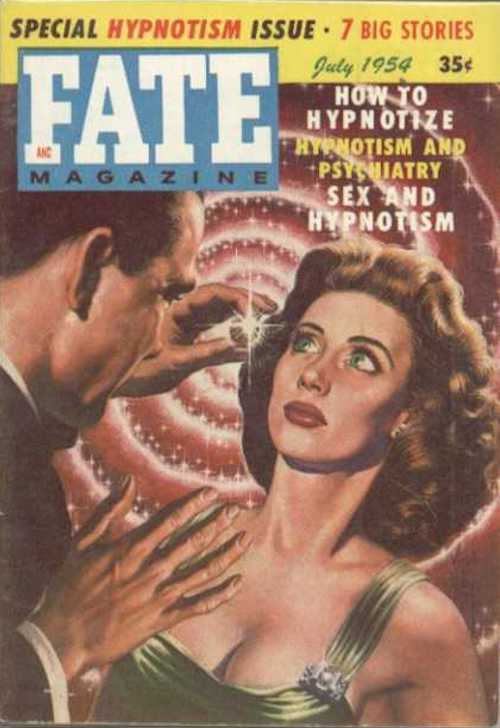 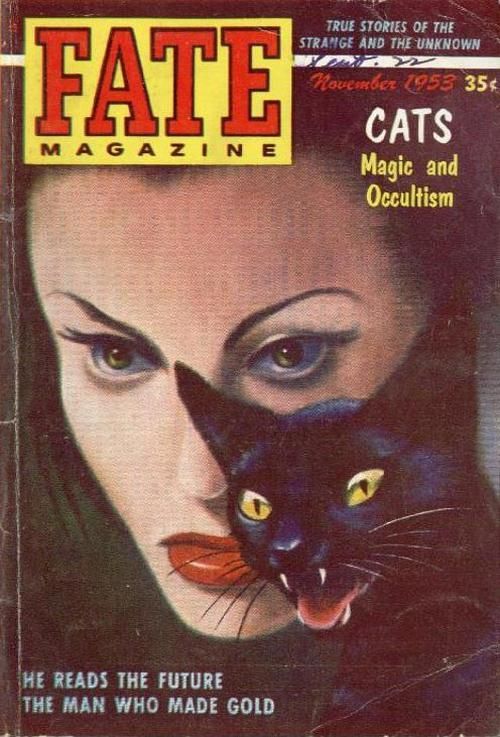 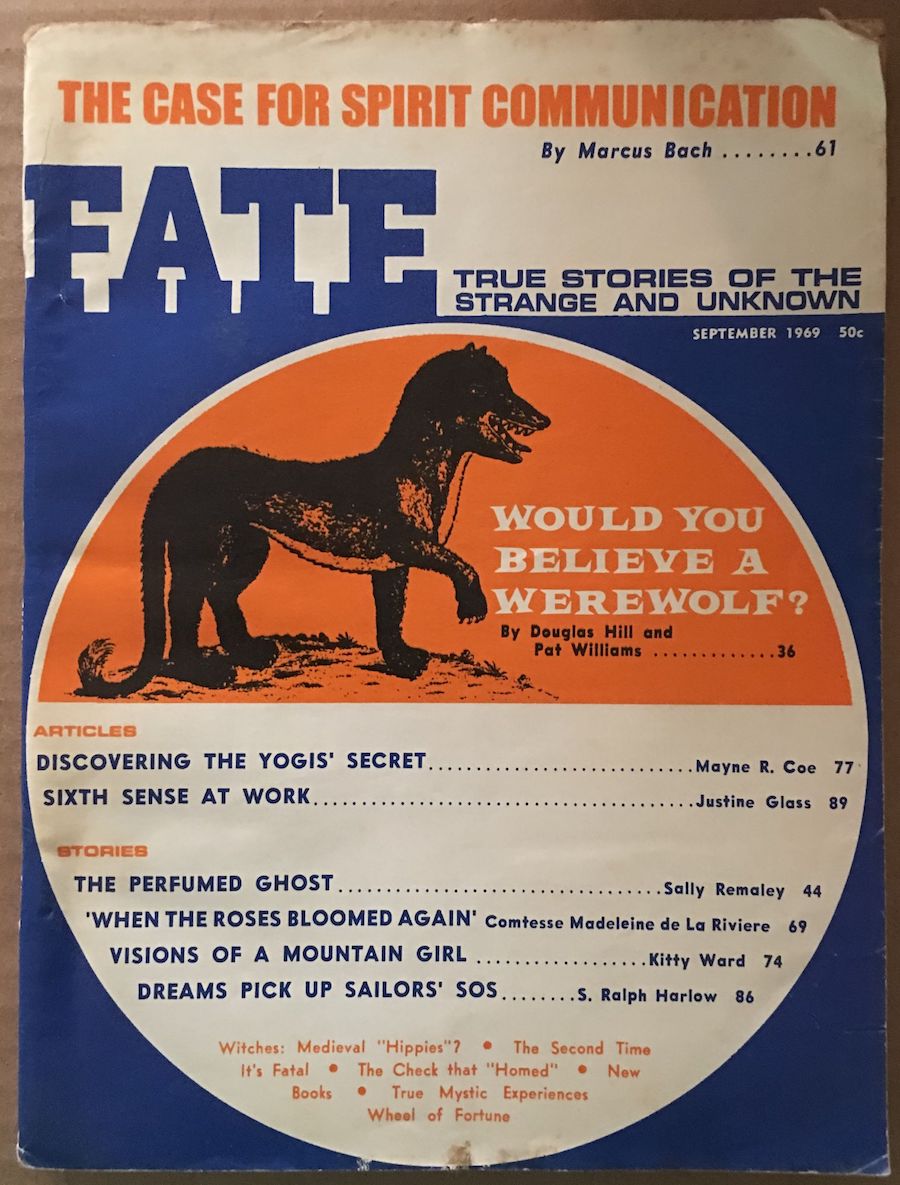 A page from the September 1969 issue of Fate magazine gets a pass because of werewolves. 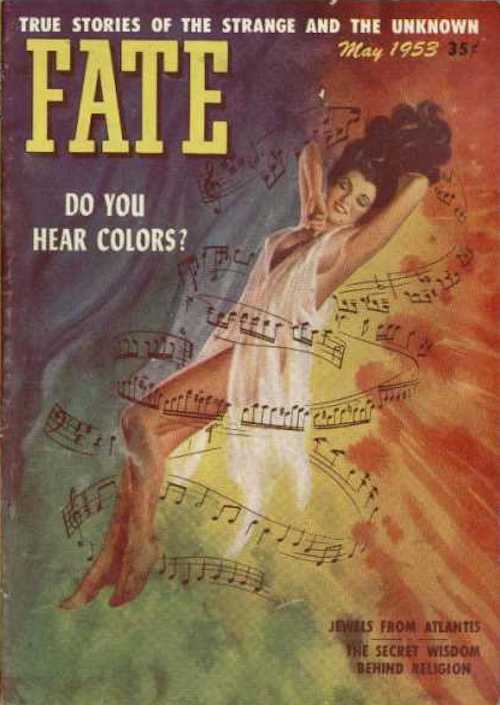 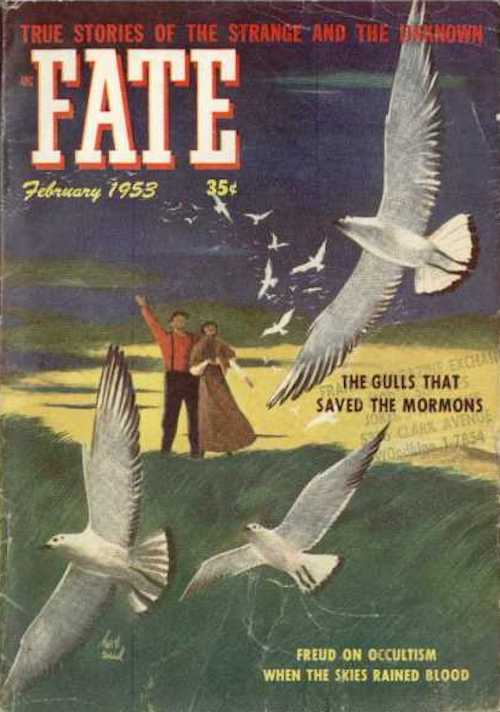 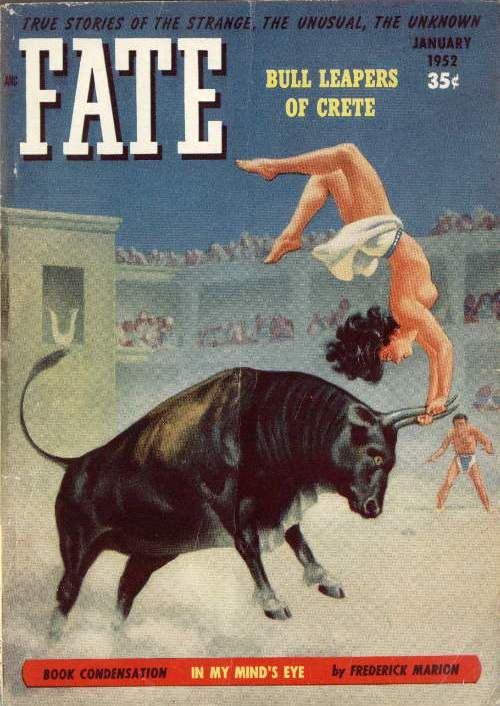 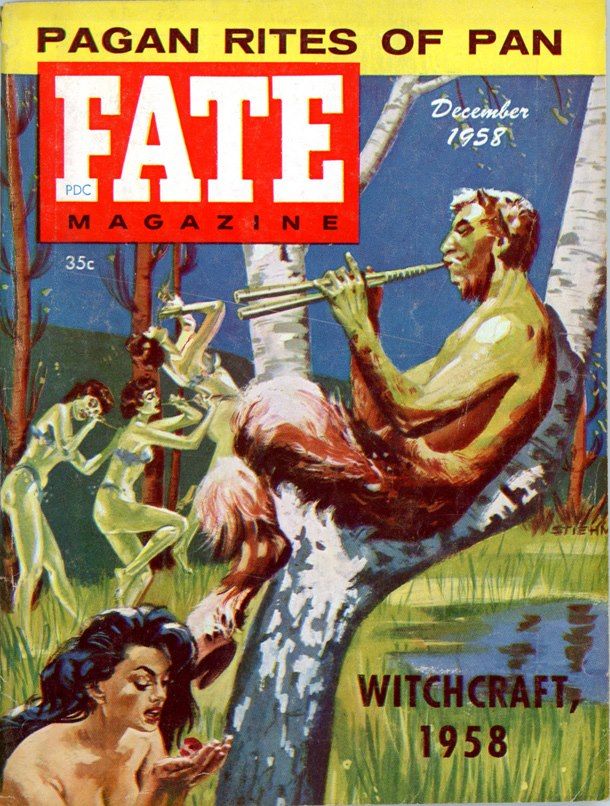 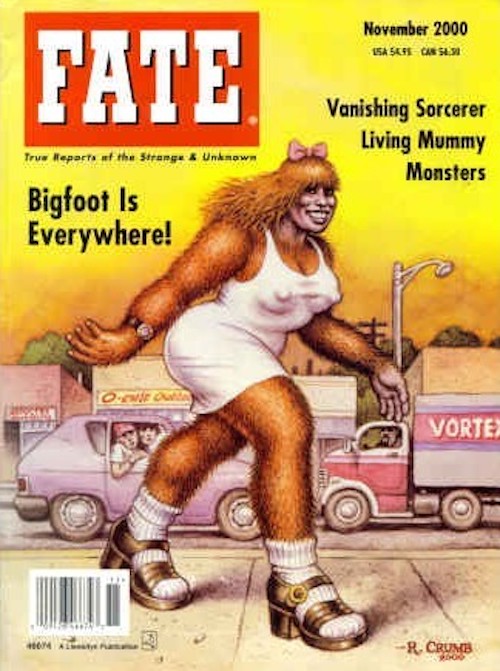 Robert Crumb's "Yeti Woman" illustration on the cover of the November 2000 issue of Fate.