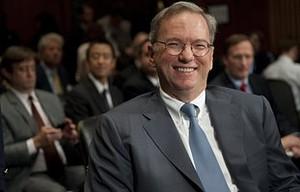 Google‘s Executive Chairman Eric Schmidt is set to unload a sizable chunk of his Google holdings, according to a regulatory filing.

An 8-K filed with the SEC Friday indicates that Schmidt, who previously served as Google’s chief executive. will sell up to 3.2 million shares — he owns 7.6 million — a stake worth slightly more than $2.5 billion at Friday’s closing price of $785.37.

The sale comes just about 10 months after Google took a unique approach to splitting its shares, issuing additional nonvoting stock that further cemented the control of the company in the hands of CEO Larry Page, his co-founder Sergey Brin and Schmidt.