The Redmond, Wash.-based software giant is developing systems that track what shoppers add to their carts, the people say. Microsoft has shown sample technology to retailers from around the world and has had talks with Walmart Inc (WMT.N) about a potential collaboration, three of the people said.

Microsoft's technology aims to help retailers keep pace with Amazon Go, a highly automated store that opened to the public in Seattle in January. Amazon customers scan their smartphones at a turnstile to enter. Cameras and sensors identify what they remove from the shelves. When customers are finished shopping, they simply leave the store and Amazon bills their credit cards on file.

Amazon Go, which will soon open in Chicago and San Francisco, has sent rivals scrambling to prepare for yet another disruption by the world's biggest online retailer. Some have tested programs where customers scan and bag each item as they shop, with mixed results.

For Microsoft, becoming a strategic ally to retailers has meant big business. In addition to developing retail technologies, it ranks No. 2 behind Amazon in selling cloud services that are key to running e-commerce sites, for instance.

It is not clear how soon Microsoft would bring an automated checkout service to market, if at all, or whether its technology would be the answer retailers are looking for. But some see the technology as the next big innovation in shopping, one that Amazon's competitors cannot afford to ignore.

"This is the future of checking out for convenience and grocery stores," said Gene Munster, head of research at Loup Ventures in Minneapolis. The venture capital firm estimates the U.S. market for automated checkout is worth $50 billion. Cashier is one of the most commonly held jobs in the United States.

Microsoft's effort to date has largely fallen under its Business AI, or artificial intelligence, team, one person said. A group consisting of 10 to 15 people has worked on a host of retail store technologies, and they have presented some of their efforts in front of CEO Satya Nadella, the person said. 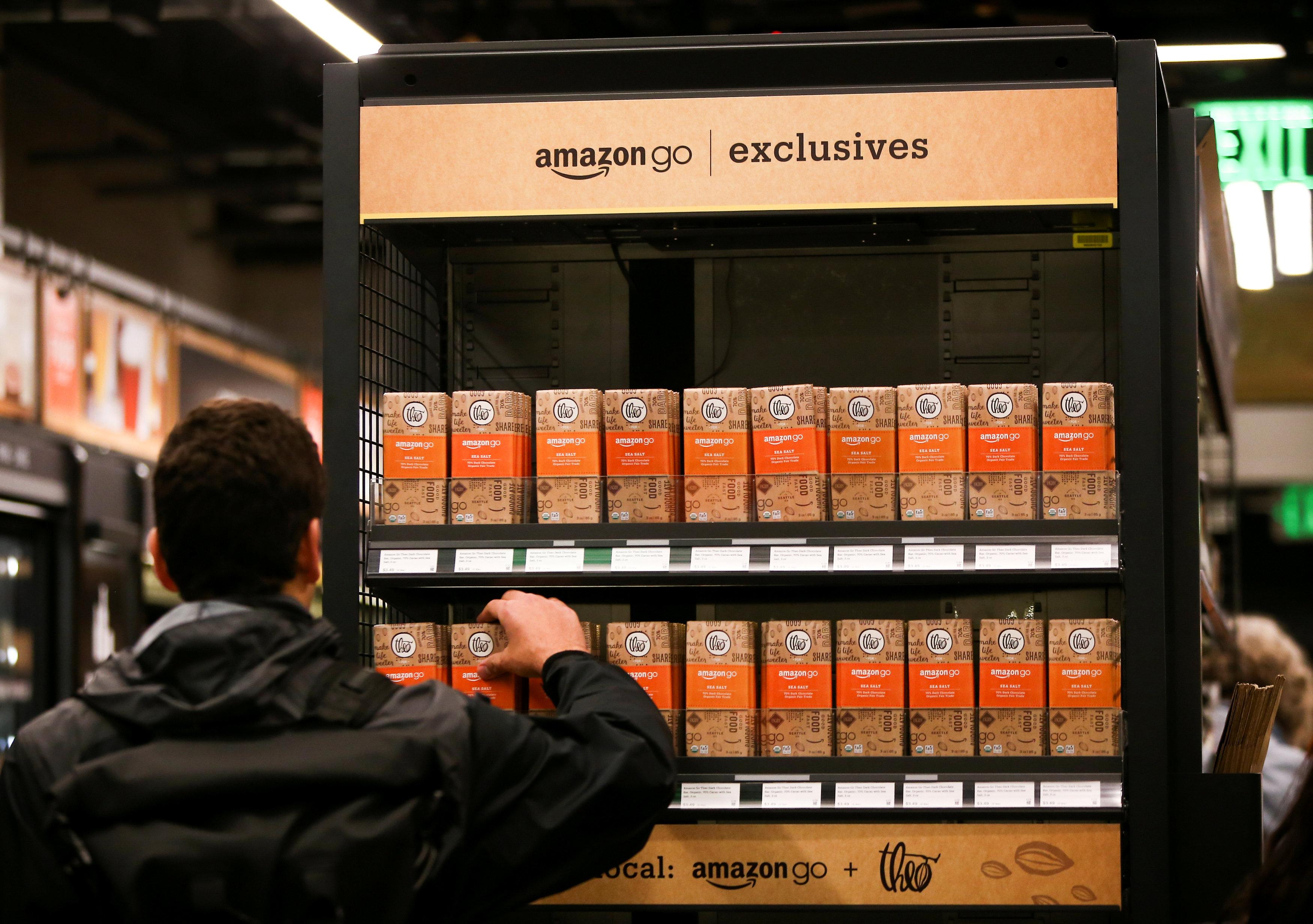 In a meeting with the team several months ago, Nadella recommended an "intelligent edge" device that could manage connected gadgets such as cameras on site with minimum data transfers to the cloud, which would cut down on costs, said the person.

Making its technology cheap enough so it does not eviscerate grocers' already thin profit margins is a major challenge for Microsoft, another person said.

Microsoft already showcases the basics for automated checkout at its Retail Experience Center in Redmond.

It has half a dozen partners, including Redmond-based AVA Retail, that are building their own checkout-free or related services atop Microsoft's cloud, some of the people said. Sales of partners' services result in cloud revenue for Microsoft, along with insight into the market for new retail technologies.

Meanwhile, Microsoft's internal team, including a computer vision specialist hired from Amazon Go, has worked on attaching cameras to shopping carts to track customers' items. And it has studied novel ways for smartphones to play a role in the shopping experience, people said.

Still, the industry is playing catch-up to Amazon.

The company spent four years building Amazon Go in secret, before launching an employee-only pilot on its Seattle campus in 2016. It collected data for nearly 14 months more before opening the doors to its first Seattle store. Amazon has said it has no plans to introduce checkout-free technology to its Whole Foods Market grocery chain, which it acquired last year.

The company is still hard at work improving the service. Amazon Vice President Dilip Kumar told Reuters in an interview earlier this year that the company is training computers to identify items or activities with as little information as possible.

"It's a really hard problem," said Scott Jacobson, managing director of Madrona Venture Group, adding it's "one that Amazon is uniquely positioned to solve."