. We hate things that taste bad. Perhaps it's for that reason we don't spend a lot of time talking about terrible-tasting things. But there's plenty of reason that we should. The biggest is this: Sometimes, hiding in that terrible taste might be something so important that it can change the world in a noticeable way. Today's Tedium is about a really terrible flavor that's hiding all over your home. Why haven't you tasted it yet? Well, let's just say that, if the flavor does its job right, you never will.

"Celebrity chef Anthony Bourdain famously called 'hákarl' the worst thing he had ever eaten. This may have been coloured by an overall miserable visit to Iceland or by the fact that Anthony Bourdain is a huge sissy."

— Ragnar Egilsson, the former food editor for the Reykjavik Grapevine, calling out our foremost American reality-show food critic for his inability to appreciate hákarl, a variety of fermented shark that's considered a delicacy in Iceland and is considered the bane of reality show chefs around the world. (At least Bourdain kept it down. Gordon Ramsay didn't.) For what it's worth, real-life Icelander Egilsson claims the bizarre foodstuff smells ("like leprosy") worse than it tastes ("a tangy cheese"). 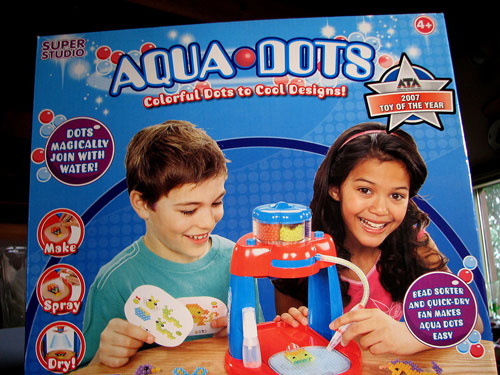 In 2007, a toy manufacturer had a bit of a disaster on its hands when it was discovered that at least some of the beaded toys it produced were produced with a chemical so dangerous that, when it metabolized, it turned into the "date-rape" drug GHB.

Beads are small, and they're edible. So you can imagine what happened.

The manufacturer of Aqua Dots had a huge problem on its hands after learning this fact, and the U.S. Consumer Product Safety Commission quickly recalled more than 4.2 million toys in an effort to control the problem.

But eventually, these toys came back on the market in a different form, under a different name. And when they did, they were covered with another kind of chemical—this one designed to prevent kids from eating the beads.

That chemical, denatonium benzoate, goes by the brand name Bitrex, and it's been around since the 1950s. It's currently used in substances as diverse as antifreeze, perfumes, household cleaners, and pesticides. Only recently has the chemical come to the world of toys. But it packs a hell of a punch—a single molecule of Bitrex can make a million molecules of water taste horrible.

If that level of bitterness sounds like fodder for a series of YouTube-style challenges, YouTube is already way ahead of you. Here's a G-rated taste-test from a radio-station morning show crew that was put up to it by a nonprofit organization; here's an R-rated test from a guy who runs a YouTube channel dedicated to eating weird things.

But as we learned in the case of Aqua Dots, this material has some important uses.

"This compound is several magnitudes more bitter, and the bitter taste persists in the mouth for a considerable time. Rice which is contaminated with this chemical in amounts of 0.10 pound per ton is inedible. The bitter taste was so nauseating that no one who tasted the boiled rice was able to consume as much as a teaspoonful."

— A 1968 patent filing from the U.S. Army describing "compositions and method for degrading foodstuffs," specifically highlighting how effective Bitrex was at making food inedible. So yes, the U.S. Army, according to this patent, sees Bitrex as a useful form of chemical warfare that could ruin the enemy's food. While other chemicals were described, the characterization of Bitrex was particularly impressive. 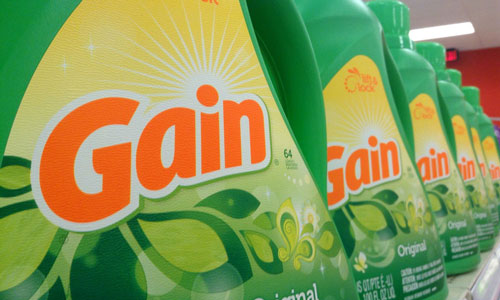 This incredibly potent flavoring of Bitrex proved handy for a problem that arose in the early '80s, when reports of children being hospitalized for accidentally ingesting household chemicals became commonplace.

The logic is simple. If you make dangerous chemicals taste bad, kids won't eat or drink them.

As New Scientist explained in a 1985 article:

The sensible answer, then, is to make these household chemicals taste so repellant to a child that its immediate reaction if it puts some in its mouth is to spit it out. What is required is a compound so vile in taste that it cannot be tolerated. There are, in fact, several such substances, both natural and man-made, but one that stands out above all others is denatonium benzoate, or Bitrex, as it is commonly known. This white, non-toxic powder, which is soluble in both aqueous and organic solvents, is listed in the Guinnes Book of Records as the bitterest substance known. Adding just one teaspoon of powder to a tankerful of water would make the water undrinkable.

Problem was, it wasn't a given that household cleaner manufacturers would use this substance, particularly in the U.S.

That's where the hard work of an Albany, Oregon, woman named Lynn Tylczak came into play. Tylczak heard about Bitrex getting used in cleaners made in Europe, but found out that the issue was getting ignored in the U.S.

In the 1980s, well before the days of email, she started a letter-writing campaign—first with chemical manufacturers, then with politicians, neither of which she had much luck with. She had a much better track record, however, when she and 20 of her neighbors started reaching out to the media and various consumer groups about the problem.

"I wrote to about 20 of the big newspapers, then I wrote to consumer groups, magazines, health magazines, insurance magazines, the people I thought would pick it up," Tylczak told the Los Angeles Times in 1989.

The media notice worked; soon, the politicians (including New York Sen. Chuck Schumer, then a member of the House) were knocking on her door pledging support. Noted consumer advocates, like Ralph Nader, were singing Tylczak's praises, and the National Safety Council quickly called on manufacturers to add Bitrex to their products.

As it turned out, at least one company, Procter & Gamble, already had. After doing market research in the early '80s, the company added the chemical to two varieties of laundry detergent after it was found that children were more susceptible to drinking those kinds of detergents over others. But its comments highlighted the fact that resistance lingered.

"We don't advertise the use of Bitrex because we don't want to communicate the notion that our products are not safe if they don't have Bitrex," company spokeswoman Jennifer G. Bailey told The New York Times. "All of our products contain an emetic that would induce vomiting."

Procter & Gamble was nothing compared to the antifreeze industry, which apparently got a PR firm to spy on her operation, according to a Covert Action Quarterly report.

She recalled in comments to The Giraffe Project: "One major anti-freeze manufacturer saw the Poison-Proof Project on CNN and decided to use bittering agents. His comment was, 'It would cost us more to fight this than to do it.' Doesn't anybody just plain want to make a safe product?"

Within a year and a half, the success of Tylczak's grassroots efforts were bearing fruit—she quickly became a fixture on television talk shows, her efforts had gotten notice in Congress, and the industry started changing its ways. And in 1995, a law requiring antifreeze to contain the chemical was passed in Oregon.

These days, Bitrex is commonly used in all sorts of products you shouldn't drink. So if you accidentally have a toxic chemical in front of you and you feel like taking a swig, you can thank Lynn Tylczak for ensuring that you spit it out almost immediately. (Not that you should do that. That's stupid.)

"As we age, we don't have as many taste buds, and we can get used to bitter flavors. As we experience more bitter flavors, we are more likely to crave and appreciate the digestive powers of bitter, which can, for example, balance fatty foods."

— Author and chef Jennifer McLagan, explaining to Publishers Weekly why bitter food is quite often an acquired taste—one that we don't learn to appreciate until we become adults. She wrote a cookbook about bitter foods, because of course she did.

Now, Bitrex is a chemical compound discovered by accident one day by a group of researchers. It's odorless and doesn't smell. It didn't have an ideal use at first (beyond making industrial alcohol inedible), but eventually it became an important little chemical for our daily lives.

But the world of chemical production doesn't have a monopoly on terrible-tasting things. Mother nature has a few of its own, such as durian, an incredibly smelly fruit that has an acquired taste—some people either love it or hate it. It smells awful, but those who can get past the smell might find a taste they love.

But oh, that smell—one food writer, Richard Sterling, describes it as "turpentine and onions, garnished with a gym sock. It can be smelled from yards away."

Smithsonian magazine, in a piece on the bizarre fruit, says that scientists have analyzed that smell, in an attempt to nail down why it's so pungent, and have found a situation unlike that with Bitrex. It's not a single chemical compound—but numerous ones, each evoking different kinds of smells. At last 50 different ones, many of them things you wouldn't want to smell individually, let alone mashed into one super-smell.

If you truly wanted to mess with someone, obviously, you would put Bitrex on a durian. Sounds like an endurance test I'd watch on YouTube.