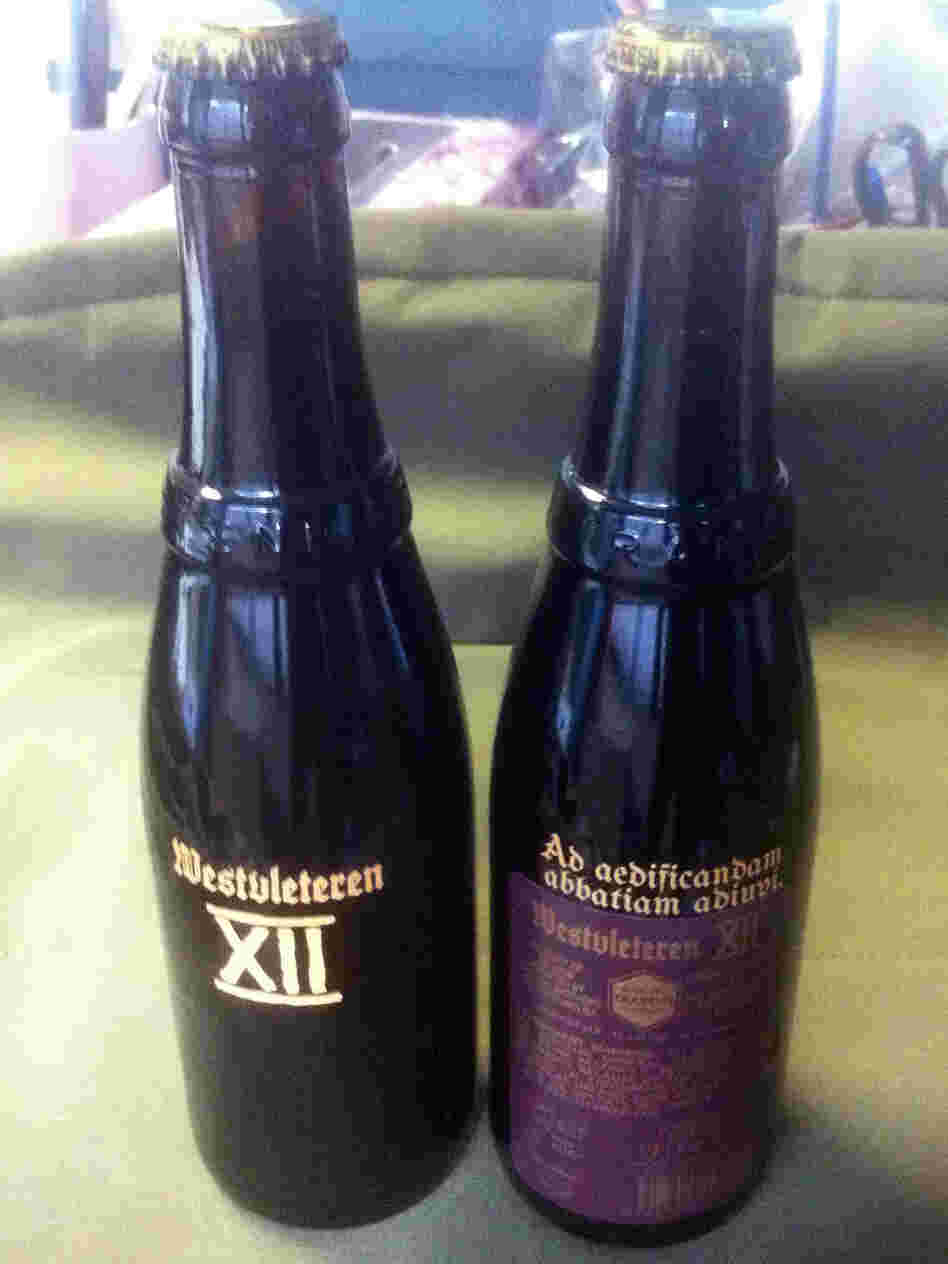 For the first time, the vaunted Westvleteren 12 beer has hit U.S. beer store shelves in large numbers. The bottle's Latin inscription reads, "Ad aedificandam abbatiam adiuvi," or, "I helped to build the abbey." For the first time, the vaunted Westvleteren 12 beer has hit U.S. beer store shelves in large numbers. The bottle's Latin inscription reads, "Ad aedificandam abbatiam adiuvi," or, "I helped to build the abbey."

To many beer fans, the arrival of the Westvleteren 12 Trappist ale in American shops today is a chance to try a beer they've only read about on beer-geek blogs and sites — where it's often given a "world class" rating of 100.

But finding the beer can be tricky — it's not available in all states, and some stores sold out of their allotment within hours of opening Wednesday.

As NPR's Teri Schultz reported on Morning Edition today, the beer is being imported by Massachusetts-based Shelton Brothers. And although a relatively large shipment hit U.S. shores, the beer made by Belgium's St. Sixtus Abbey is still not widely available.

Only 15,000 six-packs, priced at $85 each, were sent to the American market. To help would-be customers find out where to buy the beer, the distributor has listed all U.S. retail outlets online. And despite a price that seems stratospheric, the cost is well below what the special release's "brick" gift pack of six beers and two glasses is fetching on eBay, where bids routinely top $200.

A Shelton Brothers representative told Schultz that the company was chosen to handle the U.S. release based on its previous work with another small Trappist brewer, Achel. Consider that Belgian breweries such as Chimay produce about 40 times the amount of beer that Achel or Westvleteren make in a normal year.

And the monks of the St. Sixtus Abbey, whose order requires vows of poverty, set restrictions to make this release very unusual.

For instance, stores have been asked not to reserve the beer or accept orders by phone, and customers are to be limited to a sole six-pack — policies that were in place in at least two beer stores The Salt visited early Wednesday.

The abbey's goal seems to have been to release the beer in a way that offers beer fans a chance to buy Westvleteren — and to limit the secondary market for the beer. The monks have stressed that the special release is meant only to pay for their abbey's recent renovations.

"There also isn't much profit involved here," Shelton Brothers said in a statement posted online, "as most everybody working on this has agreed to either donate back or forgo profits to help maximize the money going to the Abbey. No store that gets this beer is cashing in on it; at least we hope they aren't."

Bolstering that idea, both the bottles and the goblet-shaped glasses that come in the U.S. six-packs of Westvleteren 12 bear a gilded message in Latin: "Ad aedificandam abbatiam adiuvi" — roughly, "I helped to build the abbey." 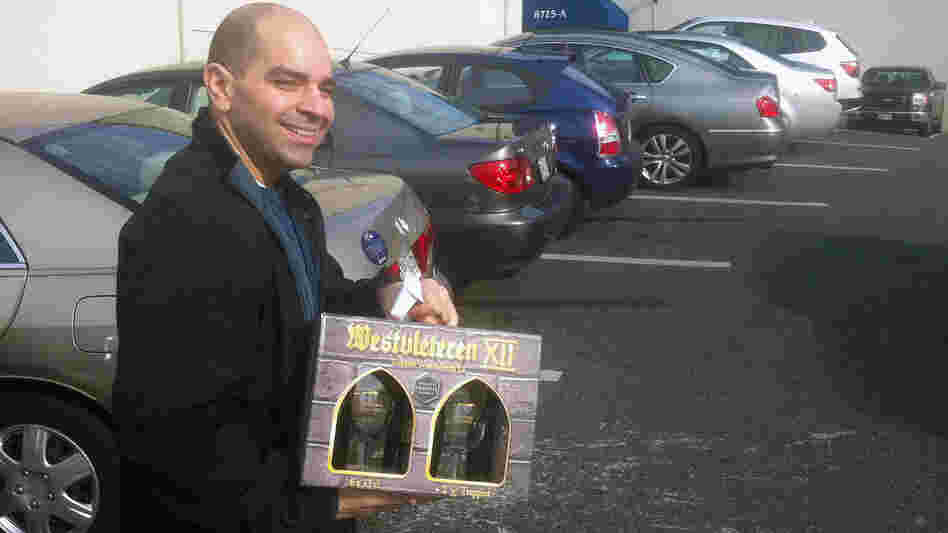 The approach to the one-time U.S. release echoes the abbey's rules in Belgium, where customers can only use the same phone to place a beer order once in a set period (often, 60 days). When they pick the beer up, they must be in a car that hasn't been used to pick up beer in the same time frame.

To control distribution in the U.S., the Westvleteren beer is being made available mostly through large retail chains to guarantee a single price — shops in Hawaii reportedly received a special dispensation for a higher price to allow for the recovery of shipping charges.

Despite the hefty price tag, demand for the beer seems to be strong. The Total Wine shop in Laurel, Md., sold out of the beers "nearly in the first hour," said a manager. He added that some customers had camped out at the store's strip-mall location ahead of its 8 a.m. opening time. And in Chicago, customers reportedly got in line at 4 a.m.

Still, not everyone is enthusiastic about the new Trappist on the block. Some folks seem to miss the veil of exclusivity that had separated beer connoisseurs from mere dilettantes. And the abbey's requirement of a single sales price means that most of the rare ale went to mainstream retailers, rather than the more fractured market of boutique and specialty stores.

Others, including several who commented on Schultz's story this morning, are outraged by the $85 sales price. They say that just because the monks took a vow of poverty, that doesn't mean the rest of us should join them, after buying their beer. Save your money, they say, and grab the venerable Abt 12 made by St. Bernardus.

There are also some beer fanatics who are eager to buy the Westvleteren 12, but they can't find it anywhere near them. Texas, for instance, isn't included in the release, reportedly owing to its laws governing beer imports. For anyone in that situation, the Beer Advocate site has a list of possible substitutes, in its ratings of top quadrupel beers.