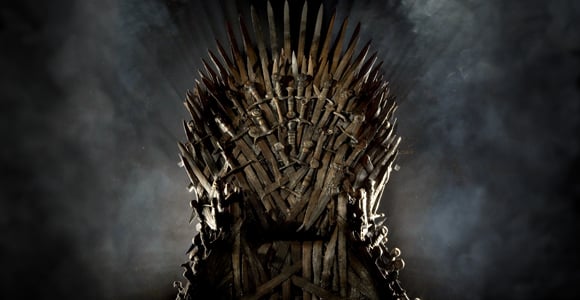 You know when that thing happened to Ned Stark in Season 1 of HBO’s Game of Thrones and everyone who hadn’t read the book (and some who had) completely freaked out? There’s more stuff like that to come and A Song of Ice and Fire author George R.R. Martin is kind of scared about how you’ll react. So scared, in fact, he’s considering leaving the country to hide out for a while. (No spoilers for upcoming plot lines!)

I don’t blame him. I’ve read the books and I’m dreading the scene we’ll just refer to as R.W. As I mentioned, there will be no spoilers here for what’s coming, but I’m sure they’ll wind up in the comments so be forewarned.

As you may or may not be aware, the third season is going to split the third book in Martin’s series, A Storm of Swords, into two. It leads many to theorize the shocking happenings will take place in the finale. Speaking with MTV recently, Martin expressed his concern for the fan reaction.

“Judging by the reaction that Ned’s death got when the television audience saw that, I think I’m going to go to some part of the world where they have no television when a certain episode airs, and I’ll hide out and they won’t find me at all,” he said. “I’ll have to hide from the Internet storm as well.”

Um, yeah. Suffice to say, if you aren’t able to watch Game of Thrones live next season, you may just want to consider hiding out as well. People won’t be able to resist spoiling what happens.

“I think there should be some fallout [from that event this season],” Martin said. “There will be love and there will be death. You can’t want any more than that.”

Perhaps hiding out will do the author some good. He does have a lot on his plate right now.

“I’m writing ‘Winds of Winter,’ the next book, and I’m writing a history book called ‘The World of Ice and Fire,’ which is all the history and legends of Westeros and all the past kings,” he told MTV. “It’s a coffee-table book that will be illustrated, but with a lot of text too. Like anything I write, I’m getting carried away with it and making it much bigger, more detailed than I probably should.”

Previously in Game of Thrones