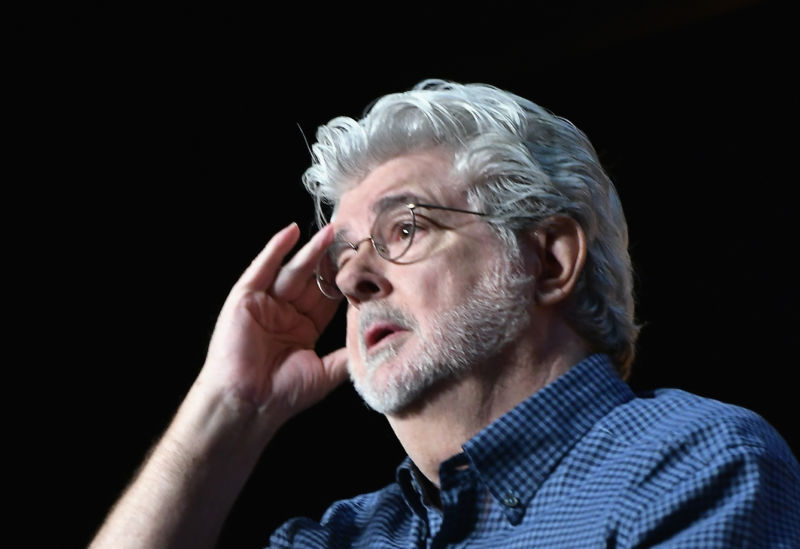 Friday morning was going pretty well, all things considered. I was at my desk, editing some photos and having breakfast. Then Ars editor Lee Hutchinson pinged me on Slack and ruined it all. "It's even worse than we could have possibly imagined," said my boss. "And, as Han Solo said, I can imagine a lot." Accompanying this message was news about George Lucas' plans for Star Wars episodes 7-9, and my god would they have sucked. Forget the First Order or Porgs, forget BB-8 and Poe Dameron. Imagine, if you can, our heroes shrinking down like the Fantastic Voyage to go meet some midi-chlorians. There, now your breakfast is ruined, too.

The info comes from an interview between Lucas and another billionaire filmmaker, James Cameron. The latter made a series about science fiction, and the transcript of their interview was recently published in the series' companion book. The bombshell drops after a brief insight into Lucas' view of the environmental damage we're causing the Earth. "We're not going to save the planet," Lucas regularly tells people and follows up by saying we'll end up like Mars. But Mars is fine, he thinks, and he's sure we'll find life there. And in the rest of the Solar System, too.

This thought of microscopic alien life spurs a memory. "Everybody hated it in Phantom Menace [when] we started talking about midi-chlorians," Lucas says. Uh-huh, we sure did. Because it was a really dumb idea. What follows should make every Star Wars fan send a note of gratitude to whoever at Disney decided to buy the franchise and take it away and out from under Lucas' control:

[The next three 'Star Wars' films] were going to get into a microbiotic world. But there's this world of creatures that operate differently than we do. I call them the Whills. And the Whills are the ones who actually control the universe. They feed off the Force.

I'm honestly at a bit of a loss when it comes to describing just how dumb I think that story would have been. Like Robot Jox—Pacific Rim if I'm being charitable—but with Jedi and Sith instead of giant mechs? A recreation of the underwater chase on Naboo but with macrophages and neutrophils? I just can't even, as the kids say. (By the way, if you were holding onto that fan theory that the Whills were Yoda's species, time to deal with it.) On the other hand, it might have displaced Ewoks: The Battle for Endor, Caravan of Courage, and the Star Wars Christmas Special as the three worst Star Wars productions ever made.

What's more, even Lucas knew it would have been a dumb idea. "Of course, a lot of the fans would have hated it, just like they did Phantom Menace and everything, but at least the whole story from beginning to end would be told," he told Cameron.

Fans frequently refrain that remakes, sequels, and prequels have "ruined their childhood" when they don't turn out the way they'd like. Well, guys—it's invariably guys—get on your knees and thank JJ Abrams and Rian Johnson for saving your childhoods instead. Because if Lucas had his way, you'd really have had something to complain about.

When I asked Lee for thoughts about a title to this piece, his reply said it all.

Something something "magical mystical voyage into microscopic mediocrity"
George Lucas' final trilogy plans: I hope you really f-ing love midichlorians
Search your feelings: You know it's true, because of how stupid it is

George Lucas has nearly completed his evolution into a sentient punchline