They left The Denver Post amid newsroom layoffs and interference in the editorial process by the newspaper's hedge-fund owners. And now those reporters and editors are creating their own news outlet, The Colorado Sun.

They will be partnering with the Civil Media Company, an ambitious New York start-up that aims to use blockchain technology and crypto economics to start 1,000 publications nationwide by the end of the year.

"It is absolutely exciting," said Larry Ryckman, a former senior editor at the beleaguered Denver daily, who will serve as the editor of The Colorado Sun. "We have been so eager to get moving."

Mr. Ryckman and Ms. Coffield resigned in May from The Post, which has suffered low morale under the ownership of a New York hedge fund, Alden Global Capital. The company took control of the newspaper in 2013, after acquiring its bankrupt parent company, MediaNews Group, and runs it through a subsidiary, Digital First Media.

"None of us wanted to continue dismantling the Denver Post newsroom," Mr. Ryckman said.

Tensions between the Post's newsroom employees and Alden peaked in April, when the paper published a special Sunday opinion section comprising articles that were critical of ownership. The lead editorial in the section was blunt: "Denver deserves a newspaper owner who supports its newsroom. If Alden isn't willing to do good journalism here, it should sell The Post to owners who will." 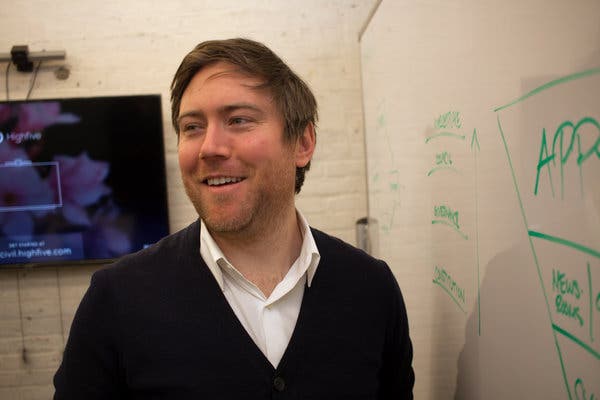 Matthew Iles, the chief executive of Civil Media Company, a platform that aims to use blockchain technology on behalf of journalism. "We hope that Civil is going to become this publicly owned domain for journalism," Mr. Iles said.CreditNick Himmel

Chuck Plunkett, the editor who oversaw the section and resigned from the paper soon afterward, has agreed to contribute to The Colorado Sun.

The new publication will have a conventional website whose date will be written permanently into the secure digital ledger known as the blockchain. Expenses for the fledgling outlet will be covered by a grant from Civil, whose sole investor, for now, is ConsenSys, a Brooklyn-based blockchain software technology company founded by the Canadian entrepreneur Joseph Lubin. Mr. Lubin is also a co-founder of the Ethereum, a virtual currency and blockchain database company. As part of its plan to fund new media entities, Civil plans to unveil a new token this summer called CVL.

People who purchase the CVL token, a form of cryptocurrency, will have a say concerning the projects hosted by Civil — meaning that they can vote on whether one of its websites violates the company's journalism standards, which are outlined in the Civil Constitution.

Matthew Iles, the chief executive of Civil, said that by selling ownership stakes to the public, the company seeks to eliminate the possibility of one company or a small group of investors exerting power and influence over a journalistic organization and compromising its mission — exactly what many employees of the Denver Post accused Alden of doing.

"We hope that Civil is going to become this publicly owned domain for journalism that anyone who's interested in the promise of sustainable, independent journalism around the world should be in possession of, to maintain and support it," Mr. Iles said.

The Civil chief executive had his first discussions with Mr. Ryckman in April, a time when Alden had ordered more layoffs at the Post.

"It felt good to talk to somebody who was trying to do what felt like the right way to support local journalism in a new funding model," Mr. Ryckman said. 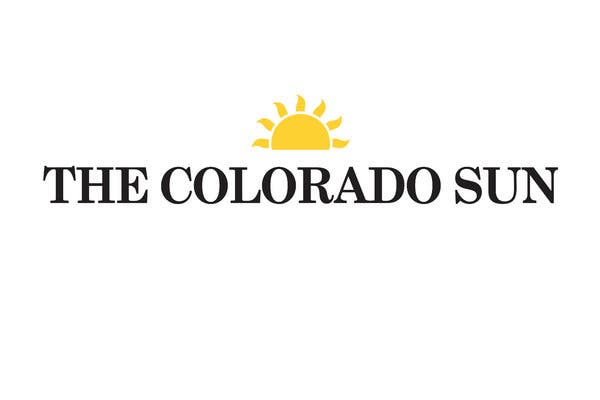 The Colorado Sun's logo. "We are not trying to create a mini Denver Post," said Larry Ryckman, editor of the Sun and a former senior editor at The Denver Post. "We will break news but we we're not doing breaking news."CreditThe Colorado Sun

Matt Coolidge, a co-founder and the head of communications for Civil, said the company would not disclose how much of the $1 million it had raised for journalism projects was going to The Sun, but added, "Suffice it to say, we are committed to giving them the support they need to get to sustainability."

Mr. Ryckman said he was looking forward to having some resources to work with as he builds a publication on explanatory journalism, feature stories and investigative articles. "We are not trying to create a mini Denver Post," he said. "We will break news but we we're not doing breaking news."

Once the grant money runs out, it will be up to The Colorado Sun to sustain itself. But Mr. Iles is confident that the project will succeed.

"When we learned about Larry and what he and his team had in mind for The Colorado Sun, it became obvious that this is a project we needed to support and we needed to partner with, because we believe, ultimately, that terrific journalism is the secret here and not blockchain," Mr. Iles said.

Josh Benson, a co-founder of Old Town Media, which has been advising Civil and will work with The Colorado Sun to build a sustainable newsroom, said of the Sun project: "What they want to do is make something that is independent, incredibly useful, long-term sustainable, possibly a model for other things, ruthlessly correct — all the things you want a first-tier news organization to be." said

By the end of June, Civil will have started 13 newsrooms throughout the country.

"My hope," Mr. Iles said, "is that people will see The Colorado Sun as the tip of the iceberg." He added, "I'd like to think that, if your local news organization is struggling, or if you believe that independent journalism is important, but you don't yet really know what to do about, I'd like you to see how Civil can be home for ideas.

"I want newsrooms around the world," he said, "to see The Colorado Sun as a leader in that regard."