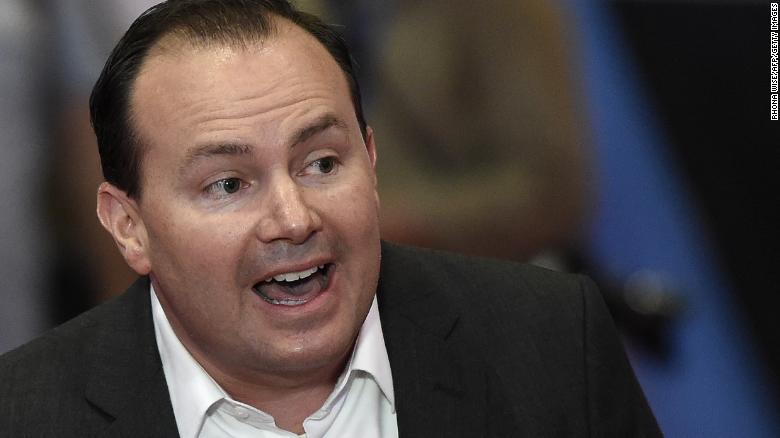 Washington (CNN)Senate Majority Leader Mitch McConnell announced Tuesday that Neil Gorsuch will be confirmed to the Supreme Court next Friday, confidently dismissing Democratic efforts to block the nominee knowing the GOP can use the "nuclear option" to get past the Democrats' filibuster if needed.

But the exact math behind breaking a filibuster or changing the Senate rules did not yet appear to add up as of Tuesday evening.

Senior Democrats predicted their caucus will ban together to block Gorsuch on a key procedural vote expected next Thursday. And they held out hope that not all Republicans would back McConnell's use of the nuclear option, a controversial rule change that would lower the threshold for overcoming a filibuster for Supreme Court nominees from 60 to 51 and allow them to confirm Gorsuch on a partly line vote.

"I don't want to change the rules of the Senate, and I hope we're not confronted with that choice," said Sen. Susan Collins of Maine, one of several GOP moderates Democrats think might vote against the nuclear option. In an interview with CNN, Collins stopped short of saying whether she would vote for the rule change.

But Sen. John Cornyn of Texas, the GOP whip, predicted enough Republicans would vote together to approve the nuclear option.

"I hope it doesn't come to that but if the Democrats force our hand, then we'll be prepared to do what we need to do to confirm the judge," Cornyn said.

Senate Minority Leader Chuck Schumer, who actively whipped members of his caucus on the issue, said Gorsuch didn't "impress" Democrats during his confirmation hearings and faces "an uphill climb" to get to 60 votes. Only a handful of Democrats appeared to be even contemplating advancing Gorsuch, although some Democrats thought the number might climb as the vote nears.

"I'm going to base my decision on him, input from Montanans, and what his opinions are," said Sen. Jon Tester, D-Montana, who is under immense pressure from fellow lawmakers and outside interest groups. The second-term senator is running for re-election in a state President Donald Trump easily won in November.

Tester said he hoped the Republicans would not use the nuclear option because it would make the Senate more like the House — where majority party can rule without much input from the minority party — but insisted that issue would not weigh into his decision.

The status of the Democratic filibuster

Republicans are struggling to come up with the eight Democrats needed to join them in breaking the filibuster.

Only two Democrats — Sen. Joe Manchin of West Virginia and Sen. Heidi Heitkamp of North Dakota — have signaled they would oppose the filibuster, but even those two senators have hesitated to be definitive about it.

The Republican National Committee targeted 12 Democrats from mostly states that Trump won, urging them through paid ad campaigns to support an up-or-down vote on Gorsuch — code for opposing the filibuster.

However, several of those senators, like Tammy Baldwin of Wisconsin and Bob Casey of Pennsylvania, have said they'll join the filibuster and won't support Gorsuch.

Republicans are still waiting to hear from some of the targeted Democrats, like Tester, Sen. Claire McCaskill of Missouri, and Sen. Joe Donnelly of Indiana, all of who have been mum this week on where they're leaning.

Sen. Michael Bennet of Colorado has also stayed silent. He introduced Gorsuch, who's from his home state, at his hearing last week but said he was doing so out of tradition and wasn't necessarily telegraphing his support.

Democratic Sen. Chris Coons of Delaware, who also hasn't announced his decision, said Monday on MSNBC that he doesn't think Gorsuch will get the 60 votes he needs to end the filibuster.

While unlikely, Democrats are hoping their filibuster will result in Republicans deciding against using the nuclear option and instead put forth a different nominee.

"If the nominee cannot earn the support of 60 Senators, the answer is not to break precedent by fundamentally and permanently changing the rules and traditions of the Senate, the answer is to change the nominee," Schumer said Tuesday on the Senate floor.

According to CNN's latest whip count, 26 Democrats are on the record planning to join the filibuster. That's a little more than half of the Democratic caucus. More are expected to announce their decision in the coming days.

But the real number to focus on is eight — the number of Democrats needed to vote against the filibuster.

And so far there are only two maybes, and its not immediately clear whom the remaining six would be.

While Republicans can win at the end of the day using the nuclear option, it's not a choice they're particularly thrilled to make.

It was a controversial move when Harry Reid lowered the filibuster threshold in 2013 for cabinet nominees, and it would be just as controversial for Republicans do so now.

Sen. Mike Rounds of South Dakota said they don't "have a choice."

"It's very unfortunate. I think it turns our stomach," the first term Republican told reporters Tuesday, adding that he's uneasy with the idea of setting a new precedent. "Once it's been used once, it's going to be used time and time again."

Rounds expressed concern that it could ultimately be used to impact legislation, in addition to presidential nominees, and he thinks Democrats are privately wanting the rules change so that Republicans can shoulder some of the drama that Democrats stirred up in 2013.

"I think it hurt the Democrats when they did it, and I think they'd like to share that with Republicans in the future," he argued.

When asked whether he'd support the nuclear option, Sen. Pat Roberts, R-Kansas, said he hopes it doesn't get to that point and questioned "whether long term it makes any sense at all."

"If we keep doing that, you eventually end up being very much like the House and historically that's not a good thing for the Senate according to what the Founding Fathers wanted," he added.

Sen. Tim Scott, R-South Carolina, said he was playing it "straight and narrow right now" on whether he was leaning in favor of the nuclear option or against it. But he added: "I think his confirmation is an absolutely necessity."

The Senate Judiciary Committee will meet next Monday to vote on Gorsuch and send him to the full Senate with a final confirmation vote expected Friday evening, according to a GOP leadership aide who explained the anticipated schedule for next week.

On Tuesday, McConnell would move to end floor debate on Gorsuch. This would set up the key procedural vote Thursday morning when the chamber's 52 Republicans hope to get at least eight Democrats to join them in defeating a filibuster of the judge.

If the filibuster is not defeated, McConnell would then move immediately on the nuclear option, which would need a simple majority of those present and voting to succeed. Vice President Mike Pence is expected to be in the chamber if he is needed to break a tie.

If Republicans hold together and the nuclear option passes, the Senate would vote again to break the filibuster of Gorsuch, this time needing just 51 votes to do so.

After that, Senate rules allow for up to 30 hours of what's called "post-cloture" debate time. That would set up a final confirmation vote for Gorsuch sometime Friday evening. He would only need a simple majority on that final vote.