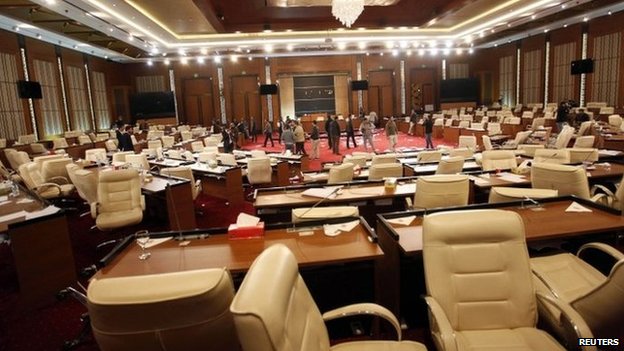 Heavy gunfire has been heard outside the Libyan interim parliament in the capital Tripoli.

MPs fled the building after gunmen attacked it. There are reports that supporters of a rogue officer, Khalifa Haftar, carried out the assault.

His forces launched a major air-and-ground attack on Benghazi in the east on Friday, prompting the government to declare a no-fly-zone there.

Authorities are struggling to contain militias that control parts of Libya.

A planned new constitution remains unwritten and the country has had three prime ministers since March.

The recent fighting in Benghazi – where the uprising against the former regime of Col Gaddafi began in 2011 – pitted Gen Haftar's forces against Islamist militants.

Dozens of people were killed.