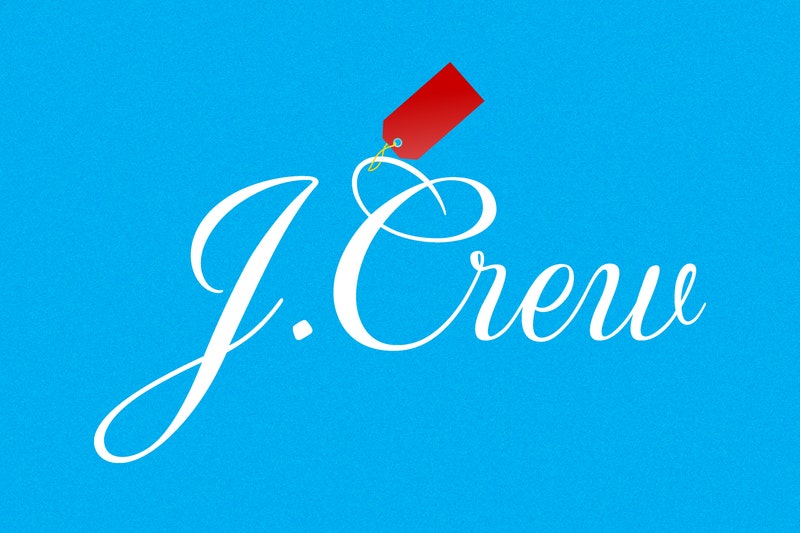 The beloved mall brand is "relaunching" with lower prices and better sizing.

Out of all the fashion week shows, J.Crew's was always the most laid-back. No runway for models to stomp down, or celebrity appearances to froth over. Instead, the brand used "real people" dressing employees and friends in the new collection, and scattering them around spaces where other brands held runway shows. Still, even that was too much for James Brett, the company's new CEO, appointed last June and tasked with turning the brand around after years of declining sales. "This brand should never show at New York Fashion Week," Brett told the Wall Street Journal. "We're not Gucci." But no more runway is just a part of a broader revamp and strategy for the new J.Crew: more affordable, less fashion.

Word of a J.Crew rebrand has been in the air since May of this year. Initial details were limited to the introduction of a loyalty program and, as the brand wrote in a statement to Racked, "expanded collections" to celebrate customer diversity. But none of that, the thinking went, would be enough to energize stagnant sales. Today, we have the details on what we can expect: J.Crew is essentially doing a 180 and trading in its fashion credibility for a brand that's more approachable in every way.

J.Crew has been aiming at a cheaper, less fashion-forward iteration since Drexler left last year (He remains with the brand as chairman). In an exit interview, Drexler lamented the brand's decision to chase trendier items and raise prices. Brett, who came to J.Crew from West Elm, is course-correcting, and focusing on democratization in the form more sizes, lower prices, less fashion, and more places to buy.

WSJ reports that one of Brett's first move was to order a jaw-dropping one million yards of cotton. By snapping up fabric in bulk, Brett was able to reduce the price of J.Crew's tees radically—from $29.50 to $14.50. To Brett, the tees are the gateway drug to the J.Crew universe. "You have to have a competitive T-shirt," he said. "If you lose them on the basics, then they're not shopping you that often."

So J.Crew is determined to make clothes for every sort of customer. The brand is increasing its size range, designing across different styles, and will even be available in a larger assortment of places, like ASOS. The new J.Crew doesn't want to play in the exclusive world of fashion anymore. Not that it was ever necessarily exclusive, but for a brief moment J.Crew was the perfect I-Just-Got-Into-Style starter brand for regular guys across the country. The brand introduced a generation of men to slimmed-down suits, nice-fitting gingham shirts, and sweaters you'd wear to meet the girlfriend's parents. The brand expanded its footprint beyond the mall and built out a legit downtown New York hangout in the Liquor Store. This relaunch feels like a punctuation mark on that bygone era.

Now, Brett is reorganizing the J.Crew universe you're buying into. The brand will pivot from prep-inspired fashion to a wider range of product. "We can't be all New England preppy," Brett told WSJ. "Not everyone wants to look like that." The J.Crew catalogue, full of well-dressed and artfully tousled families on vacation in, like, Maine, used to signify a certain kind of fashionable well-being. Now, though, it feels a bit off. In this way, at least, Brett's shareholder-minded changes might actually be for the best. In the era of Instagram, when everyone can define their own personal brand, why would a customer want to live inside a J.Crew catalogue?

How to Wear a Hawaiian Print Shirt