Despite their small brains, bees are capable of complex behavior, such as solving puzzles and learning skills through imitation. Now, researchers have discovered that honey bees also grasp the slippery concept of zero, marking the first time this ability has ever been observed in an insect.

According to a study published Thursday in Science, honey bees can distinguish between zero and other numbers, and even exhibited similar patterns of recognition to humans.

Led by Scarlett Howard, a PhD student at RMIT University in Melbourne, Australia, the team reached this conclusion by giving bees visual math quizzes using white placards with different quantities of black shapes on them. 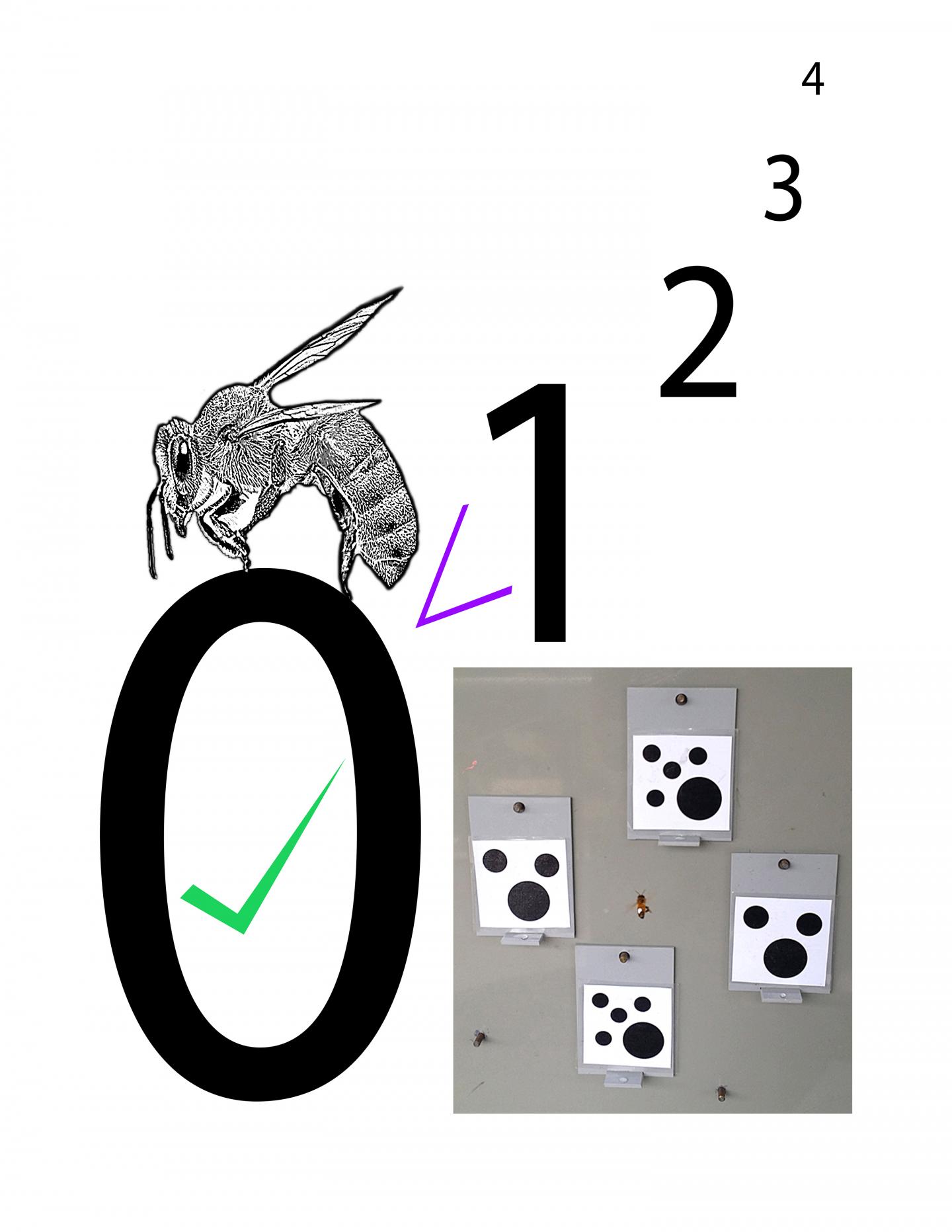 By rewarding the bees with food, the team trained one group to fly toward displays with higher quantities of black shapes, while a second group was given food for flying toward placards with fewer shapes. Once the "lesser than" bees figured out that they got treats for landing under displays with the smallest value, Howard's team introduced a blank white display.

The bees understood that this card represented zero, and that its value was lower than one, with greater than 80% accuracy. It also proved more difficult for them to distinguish zero from lower numbers, like one or two, than it was for them to pick it out from numbers like four, five, or six. This phenomenon, called the "numerical-distance effect," has been observed in children and primates, and suggests that bees interpret numbers as part of a continuum.

Read More: Ravens Are So Smart, One Hacked This Researcher's Experiment

"Our findings show that honey bees can learn and apply the concepts of greater than and less than to interpret a blank stimulus as representing the conceptual number of zero and place zero in relation to other numerical values," the team wrote. "Bees thus perform at a level consistent with that of nonhuman primates by understanding that zero is lower than one."

Similar experiments have shown that dolphins and parrots understand the concept of zero. But given that bees have only about one million neurons in their brains, compared to 86 billion in humans, it's especially impressive that they are such sophisticated mathletes.

"We know that bees are very efficient and quick learners, probably due to them living in a complex environment where they must remember the position and appearance of flowers," Howard told me in an email. "Perhaps they are adapted so well to learning and applying information from foraging that rule learning and application is the true evolved trait we are seeing in our study."

Update: This article has been updated to include comments from Scarlett Howard.