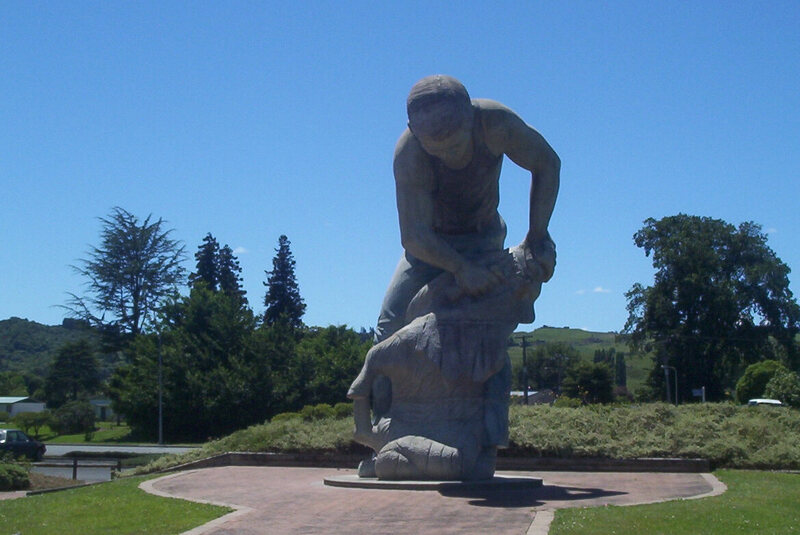 If you flip a sheep onto its backside, balancing it upright with your legs, the usually skittish animal will become surprisingly placid. The reasons for this postural pacification are not well understood. Some put it down to tonic immobility, a natural state of paralysis caused by fear, but whether it is terror or boredom or something else entirely, this seated docility allows the sheep to be sheared much more easily than if it was standing.

That blank gaze is a look you often see on the sheep of Te Kuiti, New Zealand, the Sheep Shearing Capital of the World.

To understand why this town of just 4,500 persons deserves this title one must understand the close relationship between sheep and the denizens of this island nation. In a hemisphere of skies and seas, New Zealand is a crumpled interruption heavily dusted with wooly flocks. There are approximately 28 million sheep in New Zealand, about seven for each person. 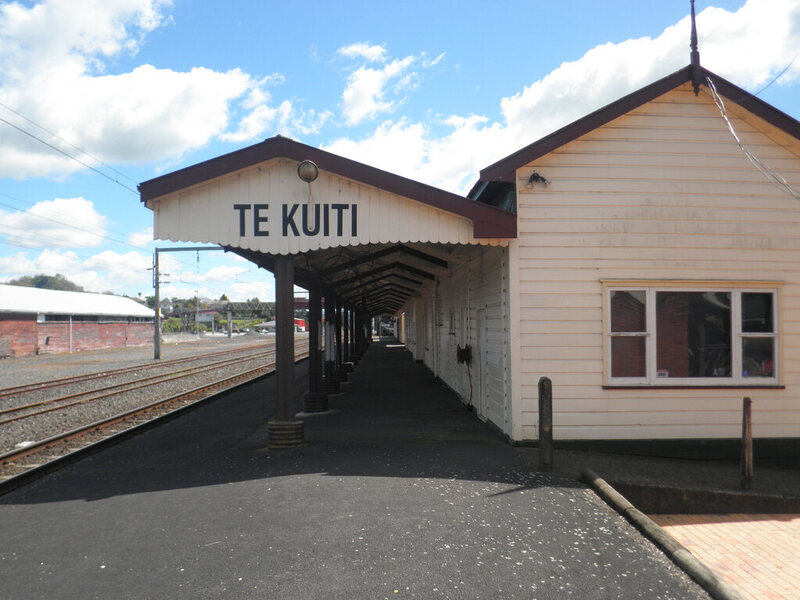 The first sheep arrived in New Zealand thanks to the explorer, Captain James Cook, in 1773. It was not an auspicious beginning. The two sheep he released died almost immediately, leading Cook to write in his journals:

"Last Night the Ewe and Ram I had with so much care and trouble brought to this place, died, we did suppose that they were poisoned by eating of some poisonous plant, thus all my fine hopes of stocking this Country with a breed of Sheep were blasted in a moment."

However Cook's dream of a nation stuffed with sheep was eventually to materialize over the coming decades. As people began to emigrate to the isles in the 1850s and '60s they brought their sheep with them. Many sheep were shipped over from Australia when that country's frequent droughts prevented their profitable farming. By the late 19th century there were over 13 million sheep in New Zealand. Frozen shiploads of lamb and mutton were making the journey halfway across the globe to London on a regular basis, accompanied by thousands of bales of wool, destined for England's voracious cloth mills. 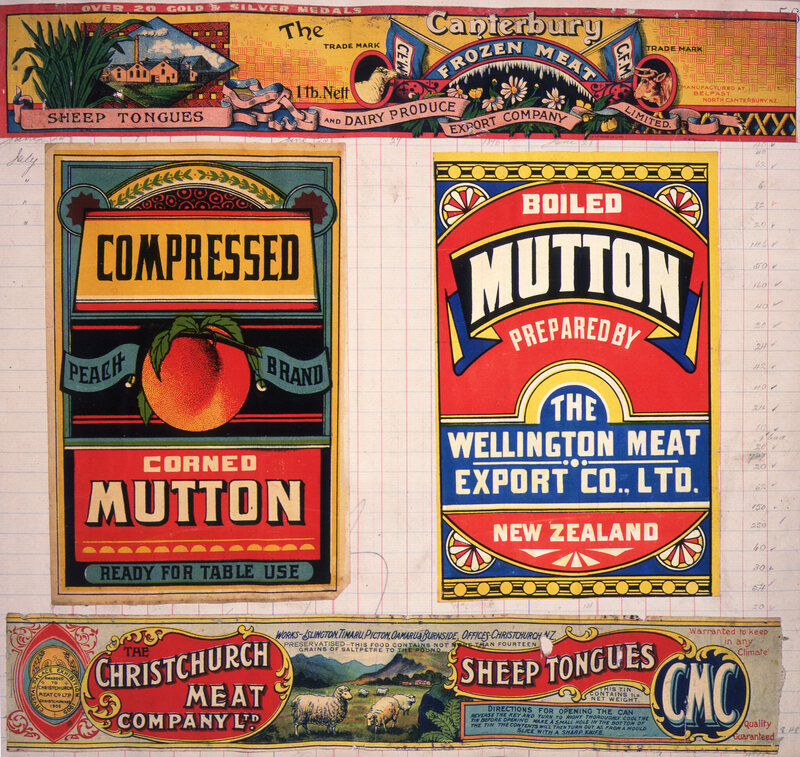 The hunger for New Zealand wool meant shearing swiftly became a major industry, but the reason that a New Zealand shearer is, to this day, prized above all others is largely due to the legacy of one man who, although standing just 5 foot 6 inches tall and being round as a medicine ball, was nevertheless a colossus in the world of shearing. His name was Godfrey Bowen.

Sheep shearing was originally accomplished with metal hand shears. Wool was clipped off the sheep bit by bit, using short, scissor-like cuts. This was a laborious job with often as many as six men working on one sheep at a time, and the wool that was sheared was often of differing lengths and thus worth less. When the first horse-powered shearing machines were introduced in 1888 techniques slowly began to change. It was the great Australian shearer Jim Powers who realized that with this new technology he could shear a sheep "from the breezer to the sneezer" in one swoop. However it wasn't until the 1940s that Bowen perfected a new technique of continuous shearing that revolutionized the wool industry and remains the basis for all sheep shearing today.

The Bowen Technique, as it became known, used the lowest amount of energy possible. Its most notable innovation was the use of the non-shearing hand to stretch out the skin of the sheep as it was shorn, making the wool on the fleece even and thus allowing sheep farmers to attract higher prices. Bowen's technique was rhythmic and smooth, easy on the shearer and the sheared alike. Indeed, watching a video of Bowen at work is hypnotic and deeply satisfying. The wool falls off the sheep as if it's a thick layer of cotton candy being swept off the animal's hide with a brush. There are no signs of discernible effort or discomfort. Bowen showed how a previously mundane occupation could become something close to an art form.

Bowen's technique wasn't just good to watch, it was fast too. In 1953 Godfrey broke the world record by shearing 456 full-wool sheep in nine hours. The feat turned him into a celebrity in New Zealand. It was just the start of his fame. In 1956, he was invited to the United Kingdom by the British Wool Marketing Board to show off his technique. Bowen attracted gargantuan crowds, some of whom thought he must have drugged the sheep so easy did he make it look. British Farmers brought him their most bad-tempered animals in a chance to slow him down, but Bowen, gracefully flipping the sheep onto its backside and beginning his clinical passes with his clippers, was not perturbed in the slightest. On one of his later trips to the United Kingdom an amazed correspondent for The Guardian newspaper wrote, "Godfrey Bowen's arms flow with the grace of a Nureyev shaping up to an arabesque, or a Barbirolli bringing in the cellos. Watching him shear is even more remarkable than seeing a finely tuned machine."

Such was Bowen's skill, and the massive improvement in efficiency that his technique generated, that he was invited on tours of Afghanistan, Argentina, India and Pakistan. In 1963 he made a triumphant six-week-long training trip to the Soviet Union, which culminated in him being presented with two of the most prestigious Soviet honors—the Hero of Socialist Labour and the Order of Lenin. Thanks to Bowen, New Zealand sheep shearers became world-renowned and much in demand the world over, and the country began playing host to all manner of shearing competitions. The fact that Te Kuiti hosts the New Zealand Shearing Championships makes it the de facto world capital of sheep shearing.

At these championships, the rulebook is thick. Competitors line up in front of a number of catching pens into which the sheep are ushered. From here they grab their sheep, flip them, and shear them as quickly as possible while their wool-handlers sweep up the cuttings and help arrange the shorn fleeces. It's sweaty, backbreaking work requiring muscle and finesse in equal measure. The fleeces are judged for evenness of length, the amount of skin attached to wool, and so on. If second cuts are needed—if the wool does not come off in one fell swoop—shearers are docked penalty points. If the fleece wool is mixed with belly wool (shorter inferior wool that is usually dirty) they're penalized again. If the sheep is roughly handled or cut that's another penalty point. It's a unique mixture of weightlifting, wrestling and hairdressing. 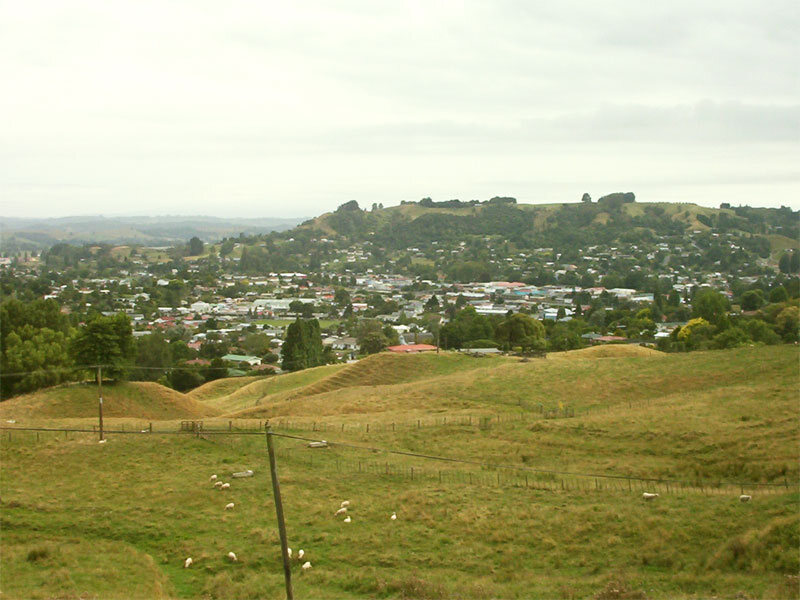 Individual tallies depend on the breed of sheep—it's easier to shear a strong wool ewe than a Merino wether—but the number sheared at the championships is immense. At the most recent meeting the winning score for wool ewes was 721 sheared in eight hours (the winning Merino tally was 418). Top prize at Te Kuiti is $2,000 and the fame of ages. Indeed one of the most famous shearers of our age, the 16-time winner of the New Zealand Open title, David Fagan, was recently knighted for his services to shearing. With a head shorn as closely as that of one of his sheep, he lives in Te Kuiti full-time, just a stone's throw away from the six-meter tall statue of a shearer that stands in the town's center.

Such is New Zealand's penchant for shearing that it has lobbied for sheep shearing to become an Olympic sport, although New Zealand is far from a shoo-in for a medal: the current world record is held by an Irishman, Ivan Scott, who this year sheared 867 lambs in just nine hours, averaging one lamb every 37 seconds. A hair-raising thought for the people of Te Kuiti.