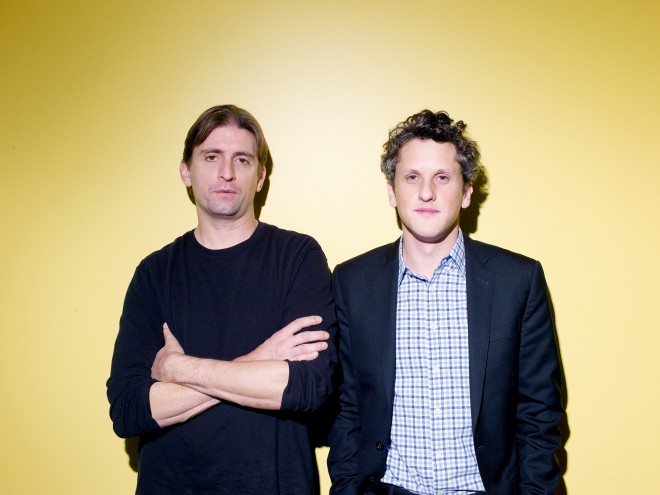 If anyone is out to undo the painfully rigid ways of old-school business computing–a.k.a. the Microsoft era–it's Sam Schillace. First as the driving force behind Google Docs and now as head of engineering at business file-sharing upstart Box, Schillace wants to convince the world that the work you do shouldn't be limited by where you are or what hardware you're using.

In the Microsoft era, you worked by sitting at a particular machine connected to a particular corporate network building a particular piece of corporate information all by yourself–from start to finish. You created memos, presentations, spreadsheets–what Schillace calls "artifacts" of the business world. But Schillace aims to change this through what he calls the "software-defined enterprise."

In the last wave of technology to fundamentally change the workplace–PCs–the new tools were about giving individuals the power to create those artifacts, Schillace told WIRED during a recent visit to Box's Silicon Valley headquarters. But now the focusing is shifting. "This wave of tools is less about creating those artifacts and more about communication. It's much more about connectivity and velocity," he says. "There is a new generation of productivity tools waiting to be born."

'This wave of tools is less about creating those artifacts and more about communication. It's much more about connectivity and velocity.'

He means stuff like Box Notes, a tool the company recently rolled out to everyone using its primary file-sharing service. Notes doesn't send files back and forth. It lets people collaborate in rapid-fire fashion over the network, sharing bits of information with each other from any device and even editing shared documents simultaneously. The idea is that anyone can contribute to the conversation at any time, no matter where they are.

Box founder and CEO Aaron Levie believes that speed comes from shedding the old email-plus-attachment work flow you still see inside most in companies. This flow, he says, tends to hew tightly to the internal org chart–and that's not a good thing. "You basically shared information via the hierarchy of the company," Levie says. "What we now have is a digital space that has no connection with the corporate hierarchy, that is actually the way that work gets done."

The idea of mapping work to business goals and processes rather than job titles is becoming an increasingly popular notion, especially at tech-centric companies. Online shoe-seller Zappos recently abandoned the traditional concept of hierarchical management altogether. Levie and Schillace say that totally doing away with hierarchy can make decision-making inefficient. But Box's approach to collaboration reflects a general belief that collaboration shouldn't be tied to chain of command. Instead, it designs for maximum participation.

Box Notes is still its infancy, but the company is poised to push it–and other tools like it–into the mainstream. Just days after reportedly delaying its planned IPO amid a faltering market for tech stocks, Box announced a major partnership with General Electric and its 300,000 employees. By infusing such a massive company with its cloud-based sharing and collaboration tools, Box is hoping it prove that its "user-centric IT" can speed the flow of information through even the largest organizations. 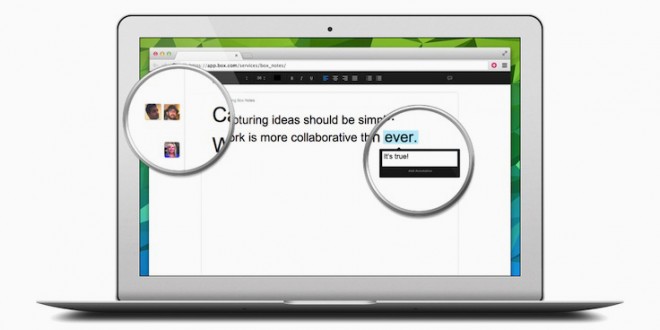 A Text Message Really Is Work

After Facebook spent $19 billion to buy WhatsApp, Levie sent out a Tweet that was meant as a joke. "Must. Start. Messaging. App," he wrote. But in a way, he already has. Even on its file-sharing service, the company emphasizes messaging. And now Box Notes has taken this even further.

To underscore the power of messaging, Schillace gives the example of a meeting with a reporter (not this one) who was running late. The reporter texted Schillace one word — "minute" — which answered multiple questions: Was he at the right place? Did the reporter know where he was going? Was the reporter coming at all? "That single texted word was actually a business document," Schillace says.

This is the concept at the heart of Notes, a stripped-down yet souped-up answer to Google Docs. Though Notes lacks as many Microsoft Word-like word processing features as Docs, it makes up for it with real-time syncing of changes among multiple users editing the document simultaneously. Especially on a blank page, creating a document looks more like instant-message chatting than anything else. The app even includes Chathead-like avatars in the left margin that show with headshots that migrate up and down the page who is editing what and where.

More than anything else Box does, Notes seems to embody the philosophy that in business, you never write for the sake of writing. You write to share with people. After all, memos were never meant to be ends in themselves–just the means. "It's always about some underlying business goal, communication goal. And that's really all you care about," Schillace says. "It's much less about the words in the document and more about the flow."