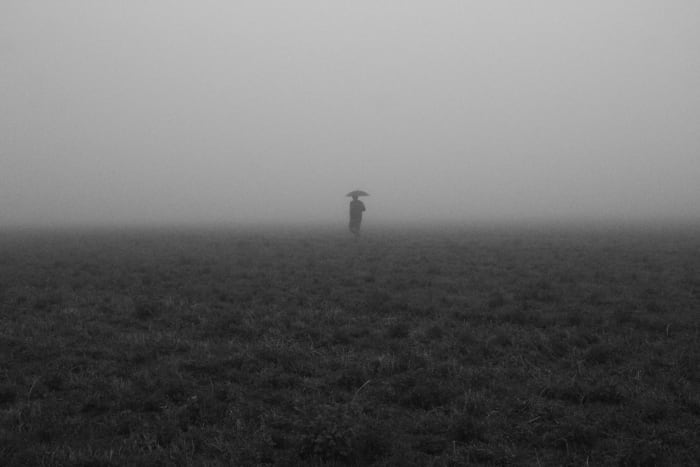 I was diagnosed with depression and anxiety on the day that Anthony Bourdain died. The timing was mostly coincidental. After over six months of wrestling with my mental health, I had reluctantly made an appointment with a doctor, where I expected to do what I always did: talk about short-term issues but repress the long-term concerns. I've had many episodes like this, episodes I either drowned in alcohol or addressed through brief periods of therapy.

But when the news about Bourdain broke, the suicide of this writer whom I venerated shook me hard. I spoke honestly with a medical professional for the first time in my life. I talked about the decades of feeling empty. I revealed the fantasies of self-harm that I had dismissed as morbid little daydreams. I wept. The bright, young general practitioner suddenly realized he had better locate the Kleenex.

I had taken the first steps toward stabilization; perhaps even, one day, recovery.

I'm writing this essay because I'm not alone. During that same week in June, the Centers for Disease Control and Prevention (CDC) released a major report on suicide in America from 1999 to 2016. The results indicate that, despite 30 years of ever-intensifying efforts to prevent people from killing themselves, the national suicide rate keeps climbing. Just over 29,000 people died by suicide in 1999, whereas 42,733 took their own lives in 2014. A large percentage of the people who ended up killing themselves had previously denied having suicidal thoughts, and had taken no action to get help. Moreover, the CDC reports that fewer than half of Americans who committed suicide from 1999 to 2016 had any kind of mental-health diagnosis, whether because they never sought treatment or because they had no access to high-quality, sustained mental-health care. Among those who committed suicide without a diagnosis, 84 percent were men.

The report, coupled with Bourdain's death, scared me.

I don't believe I was ever or am now at high risk for self harm. Still, I have engaged in suicidal ideation. I did not have a mental-health diagnosis. I had never sought help. Middle-aged men and women, across all income groups, are the most at risk. I just turned 46.

Over the past few months, thanks to support of my family, friends, my doctor, and a counselor, I've had to reframe how I think about myself. It's been difficult, opening up repressed feelings and vulnerabilities that date back to my teenage years. I've spent much of my life working hard to convince myself that I am basically a happy person, gaslighting myself about my own depressive tendencies. I've been fortunate enough in many ways that I felt I had no right to be depressed. My careers are fulfilling, I'm in relatively good physical health, I'm married to my best friend, and my children still like to snuggle with their dad. Afloat on privilege and luck, what right do I have to struggle?

But I have often struggled. I just thought it was normal. When I was a teenager—bullied and hiding in books, surrounded by a high-achieving family—obsessively thinking about my own death just seemed like a natural part of the human condition. In my twenties, as a recently divorced graduate student, it was easy to blame years of emotional darkness on a broken heart and an unwritten dissertation. More recently, over the past few months, it seemed natural to fixate on external causes: a recent move, a radical career change, an unemployed spouse, the darkness of the Minnesota winter. And then, of course, there's the ongoing horror of the news. So I kept shrugging off my feelings as natural and pouring another whiskey, or two, to get through the night.

Depression in men often turns up as anger. A 2015 meta-study of the literature on gender norms and depressive traits articulates a concern that many men are going undiagnosed because they—we—tend to eschew sadness, instead manifesting depression through the more socially acceptable emotion of anger. I don't know if my depression and anxiety emerged as anger because of my biochemistry or because I've been socially conditioned to feel more comfortable shouting than crying, but over the past year, I did find myself shouting too often, sometimes seemingly at random. On a more subtle but no less alarming note, I've been increasingly unable to locate joy, even as the dark winter turned to spring. When good things were happening, I'd have to keep consciously reminding myself that I was having fun, that I was doing things that made me happy, rather than just feeling it. A sense of lacking worth can be self-replicating, I discovered: Feeling worthless only made me feel more worthless. I'd tell myself that I didn't deserve to feel unhappy when so many millions of people have it so much worse; when even in my close circle of friends and family there are people struggling with more acute mental-health needs.

Such denials did me no good. One night in April, on the couch with my wife, we talked about my tendency to start snapping at the kids when bedtime rituals ran amok (as they often do with kids). I said that I didn't understand why I'm so angry all the time. I confessed that I was having trouble finding joy. She suggested I see someone to talk about it.

Today, I am seeing a therapist and consulting regularly with my doctor to find a medication regimen that works for me. I'm also much more comfortable talking to my family and friends, and even my boss, about my mental-health needs. Everyone has been wildly supportive, a development I credit to the truly transformative work of mental-health advocates over many decades. Not only are more and more public figures open about their struggles with various kinds of mental illness, but I'm also fortunate to have found a similar openness within my close community. Everyone has been matter-of-fact about my diagnosis, taking it seriously, but also clearly glad to hear that I'm practicing better self-care. One friend in particular, a person with multiple psychiatric disabilities and an expert in the history of disability, responded wryly when I disclosed my diagnosis; they said they'd always wondered whether my drinking was a coping mechanism for depression. I had expected this person to be surprised, even skeptical. Instead, they asked me informed questions about my prescription and any side effects, and they continue to check on my safety.

I write this as an optimistic essay about feeling sad and anxious, while also recognizing how lucky I am. My health care, provided through a large university, includes significant support for mental-health services and mitigating the cost of prescription drugs. That ought to be true for every American, but disparities in access to mental-health care proliferate across racial, cultural, and economic lines. As I stabilize, I wonder what might have happened to me without that care, even as I know that so many others are struggling, alone.

Now the hard work begins. I sometimes miss the days of repression and too much liquor. I feel paper-thin, fragile, and tense whenever I drive or walk over a bridge, randomly shaking on the inside from what feels like arbitrary anxiety. But now, instead of pouring a drink, I count the Fibonacci sequence in my head or go into the yard to chop wood. On the good days, I don't even have to work to be happy; I just am. But I try to notice and tell my family how good they make me feel. I also tell the people around me when I'm experiencing panic or unexplained sadness. Telling the people I love that I'm struggling has been the hardest step for me; it's also the one that seems to do the most good.