State of the Art

A rally supporting federal rules on net neutrality outside the Capitol in Washington in February. Their repeal took effect on Monday, but the dominance of tech giants had already tilted the internet.CreditErin Schaff for The New York Times

I remember the first time I ever heard about net neutrality. It was around 2004 or 2005, and when the full idea was explained to me — hey, let's prevent phone and cable companies from influencing the content we see online — I was surprised there was even a fight about the idea.

It seemed obvious that the internet's great promise was that it operated outside the purview of existing communications monopolies. Because phone and cable companies couldn't easily dictate what happened online, the internet was exploding in dozens of genuinely new ideas. Among those back then were blogs, Skype, file-sharing, YouTube, Friendster, Netflix — ideas that scrambled our sense of what was possible in media and communication, and, in the process, posed existential threats to the established giants.

Other than the phone and cable companies themselves, I couldn't see why anyone might oppose the simple premise of protecting the environment that had made all these things possible. Did they hate clean water, too? 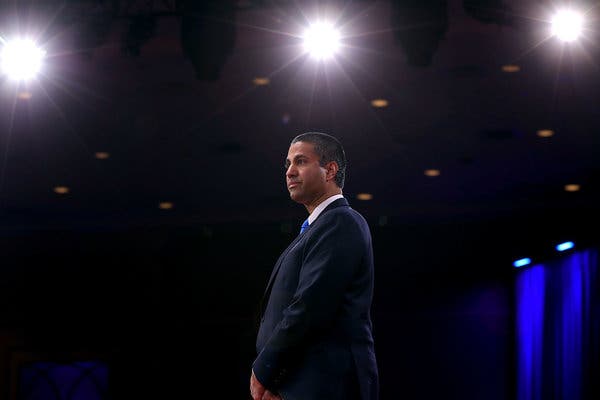 Ajit Pai, the chairman of the Federal Communications Commission, led the push for repeal.CreditChip Somodevilla/Getty Images

Yet a decade and a half later — as Ajit Pai, the chairman of the Federal Communications Commission, buries net neutrality alive with his repeal of its rules, an act that took effect Monday — I'm no longer surprised that there was a fight over this. Instead, I'm surprised that net neutrality lasted this long. Activists are still fighting to resurrect it, and while they are winning some battles — after all, net neutrality remains extremely popular — I'm increasingly resigned to their long-run defeat.

Net neutrality was too good for us. And even if rules are restored, the notion that the internet should afford at least a minimally competitive landscape for new entrants now seems as antiquated as Friendster.

What's driving this view is what has happened over the last decade, which hasn't been too kind to disruptive competition online. By the time Tom Wheeler, an F.C.C. chief under President Barack Obama, handed down rules to protect neutrality in 2015, we had already strayed quite far from the internet of the early 2000s, where upstarts ruled our lives.

Today, the internet is run by giants. A handful of American tech behemoths — Amazon, Apple, Facebook, Google and Microsoft — control the most important digital infrastructure, while a handful of broadband companies — AT&T, Charter, Comcast and Verizon — control most of the internet connections in the United States.

The very idea that large companies can't dictate what happens online is laughable now. Large companies, today, pretty much are the internet. In this world, net neutrality didn't have a chance.

There's a misunderstanding that the repeal of net neutrality will result in immediate and drastic change online. That won't happen. With lawsuits and legislation pending, with the media still paying attention and with activists poised to pounce on obvious infractions, broadband companies are going to be extremely careful, in the short run, to be on their best behavior. The internet won't be slower tomorrow. You won't be blocked from certain sites. You aren't going to be charged more.

Senator Chuck Schumer, the Democratic leader, with his House counterpart, Representative Nancy Pelosi, discussing the party's effort to overturn the repeal last month. The Senate passed a resolution, but the House has not acted.CreditMark Wilson/Getty Images

But as I argued last fall, a vibrant network doesn't die all at once. Instead it grows weaker over time, with innovative start-ups finding it ever more difficult to fight entrenched incumbents.

As I've noted often in the last few years, big companies have been crushing small ones over and over again for much of the last decade. One lesson from everything that has happened online recently — Facebook, the Russians and Cambridge Analytica; bots and misinformation everywhere — is that, in the absence stringent rules and enforcement, everything on the internet turns sour. Removing the last barriers to unfair competition will only hasten that process.

It's not going to be pretty.

"History shows us that companies that have the technical capacity to do things, the business incentive to do them and the legal right — they will take advantage of what is made available to them," said Jessica Rosenworcel, an F.C.C. commissioner and a Democrat, who voted against the repeal of net neutrality last year.

By repealing neutrality rules, the government has just given our online overlords that legal right, she cautioned.

"Now they can block websites and censor online content," Ms. Rosenworcel said. "That doesn't make me feel good — and if you rely on the internet to consume or create, it shouldn't make you feel good, either."