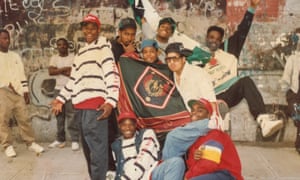 Some of the Lo Life crew, 1988.
Photograph: courtesy of Thirstin Howl the 3rd

Stolen Polo clothing is easy to spot. There will be a small, square hole where the tag was ripped out, or an ink spatter from the burst tag. Or it will have been pressed and put in a protective plastic sleeve by someone who, from the early eighties to the early noughties, shoplifted the label in one of the most elaborate stealing sprees in history.

Brooklyn in the 1980s was a very different place, style-wise, to the neo-bohemia it is now. It was rougher and hip-hop dictated the mood. In 1984, everyone wanted Lee jeans - so people stole them. In 1985, primary colours crept in via Benetton and Lacoste, and by 1986 it was sportswear brands such as Nike and Fila that were being worn alongside Gucci. But Polo was the ultimate label. There were two Brooklyn-based shoplifting crews: the United Shoplifters Association and Ralphie's Kids (Ralph Lauren's Kids). They would congregate on Rockaway Avenue on the 3 train and Utica Avenue 4 station, respectively, and both terrorised Manhattan department stores, such as Barneys and Bloomingdales. The two gangs also routinely robbed one another but in 1988, a chance meeting in Times Square in which they decided to pose together for a photograph led them to join forces and form the Lo Life crew. 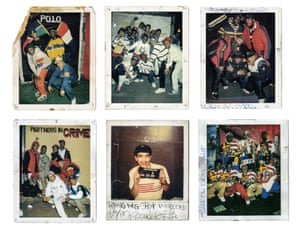 80s photographs from Bury Me With the Lo On, published by Victory editions. Photograph: courtesy of Thirstin Howl the 3rd

Growing up in Brownsville, one of Brooklyn's rougher districts, Thirstin Howl III, one of the original Lo Lifers, filled his days listening to hip-hop, drinking beer, shoplifting and spray-painting. "We - my friends and I - all came from dysfunctional households. I grew up on a housing project. Our parents were addicts. We had no money, no jobs. Our model was we would pay for nothing." At the start, they "boosted" - shoplifted - food, alcohol and spray-paint. They would go into McDonald's, jump over the counter and steal fries - "You know, just help ourselves." Necessities became luxuries, particularly clothes. 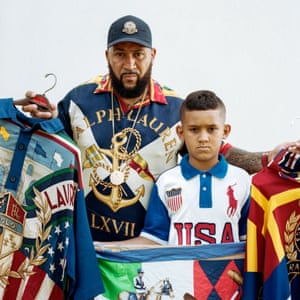 "This was around the time hip-hop was starting to intersect with fashion," explains Tom Gould, a New Zealand-based photographer who started researching the crew in 2010. "Music was the vehicle." Rappers such as Raekwon and Grand Puba were becoming names and, in turn, wearing brands. Howl had been taking polaroids, but after meeting Gould in New York through Meyhem Lauren in 2009, they came up with the idea of a book about the socioeconomic relationship between black New Yorkers and the Polo label."People got the misconception that we were only known for Polo," says Howl. "We actually touched everything. But it's true - Polo stood out and became the brand with the biggest social status. It had a rich feel. And, yeah, they didn't sell in the ghetto."The Lo Life crew viewed themselves as would-be Robin Hoods - except they kept the goods. The whole movement was deeply competitive - "People would rob your house. People would shoot you for the shirts," says Howl. 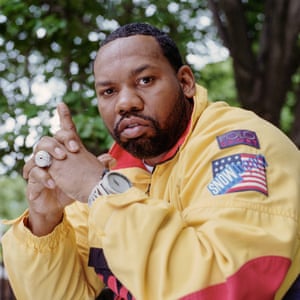 The biggest logos became a semaphore for social status: the cross flag, the crown. The skiier jacket became the most sought-after Polo piece. It accrued a nickname - the suicide jacket - partly because of the nature of off-piste skiing but also because people would kill for it. "I was shot and stabbed," explains Thirstin. "We all were."Polo was, and still is, aspirational, associated with white middle-class educated preppy America. Told they couldn't afford this symbol of the American dream, the Lo Life crew stole it, subverting the conversation and challenging the status quo on two levels; not only did they steal what they couldn't afford, but they chose a label they weren't supposed to wear even if they could. "We are divided by class and race and always will be," says Howl. "We could [look like we] lived that extravagant life but our homes had no furniture. We had no intention of starting a movement. We were just living our life."

Bury Me With the Lo On is published by Victory editions.