The big technological problem wasn't pulling the signal out from the cable but separating the channels so someone could understand it. Running through that one cable was perhaps up to a dozen different lines, all with Soviet voices chattering away. As Reeds puts it, it was a "gargled cacophony" and nearly impossible to gather any real intelligence. For this reason, the first mission failed. "It was trial and error," says Reed, "When they first got the signals in, it was a mess."

But as the mission moved forward, the communication technicians jerry-rigged equipment that separated signals and drew out particular voices. Exactly what and how they did it remains a mystery as parts of Ivy Bells remains classified.

"These guys were the original makers… they were making it up as they went along," says Sontag regarding the operation's communication technicians. "No one else was doing underwater cable tapping. This was all brand new." 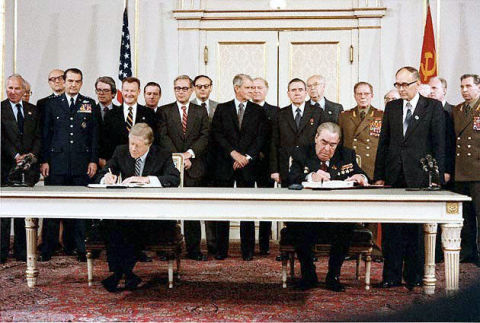 Now retired, David LeJeune was a Navy saturation diver who participated in several later missions. Although he was unable to answer many questions, he says that the information that he and his fellow divers uncovered led to the successful completion of the SALT II talks, which was eventually signed in 1979 and restricted each country's nuclear delivery systems.

LeJeune also says the tech and gear they were using was cutting edge. "We were using technology that is so far advanced from the civilian community that the public doesn't know that capability even exists."

For a decade, the U.S. wiretapped this comm line at the bottom of the Sea of Okhotsk. The Halibut and other subs would venture into the Sea of Okhotsk a couple of times a year, picking up the tap and replacing it with a new and often more advanced one. It was an intelligence gold mine, consistently providing the U.S. with invaluable information.

"Finding this information turned out to be the thing that let the Cold War end."

"We didn't know… how much we were frightening (the Soviets)… until we listened to these tapes," says Sontag, "Very quickly, we pulled back from the brink. And this had a lot to do with it…. I think finding this information turned out to be the thing that let the Cold War end."

But in 1980, a former NSA employee named Ronald Pelton walked into the Soviet Embassy in Washington D.C., and for $35,000, divulged the inner workings of Ivy Bells. With that, the operation abruptly ended—or so it was claimed.

Over three decades later, this type of wiretapping is thought to be largely obsolete. Thanks to the digital age, there are far more efficient, easier, and less risky ways to spy on someone's comms. However, these types of underwater cables still exist and are of great importance. As the New York Times reported in 2015, there are continued fears that these cables could be cut, effectively halting communications across the globe.

But, even though this type of surveillance may be old fashioned, Reed thinks it's possibly still happening today. "Submarines absolutely still have the capability to do these kind of missions and there are personnel that are still trained on how to do these missions," says Reed. "Whether or not those missions are still underway, that would be considered classified." 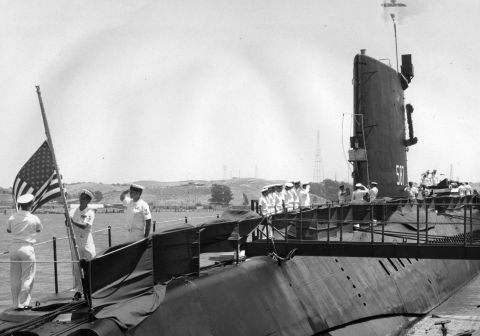 Colors lowered for the last time on the USS Halibut, its mission now complete, June 30, 1976.