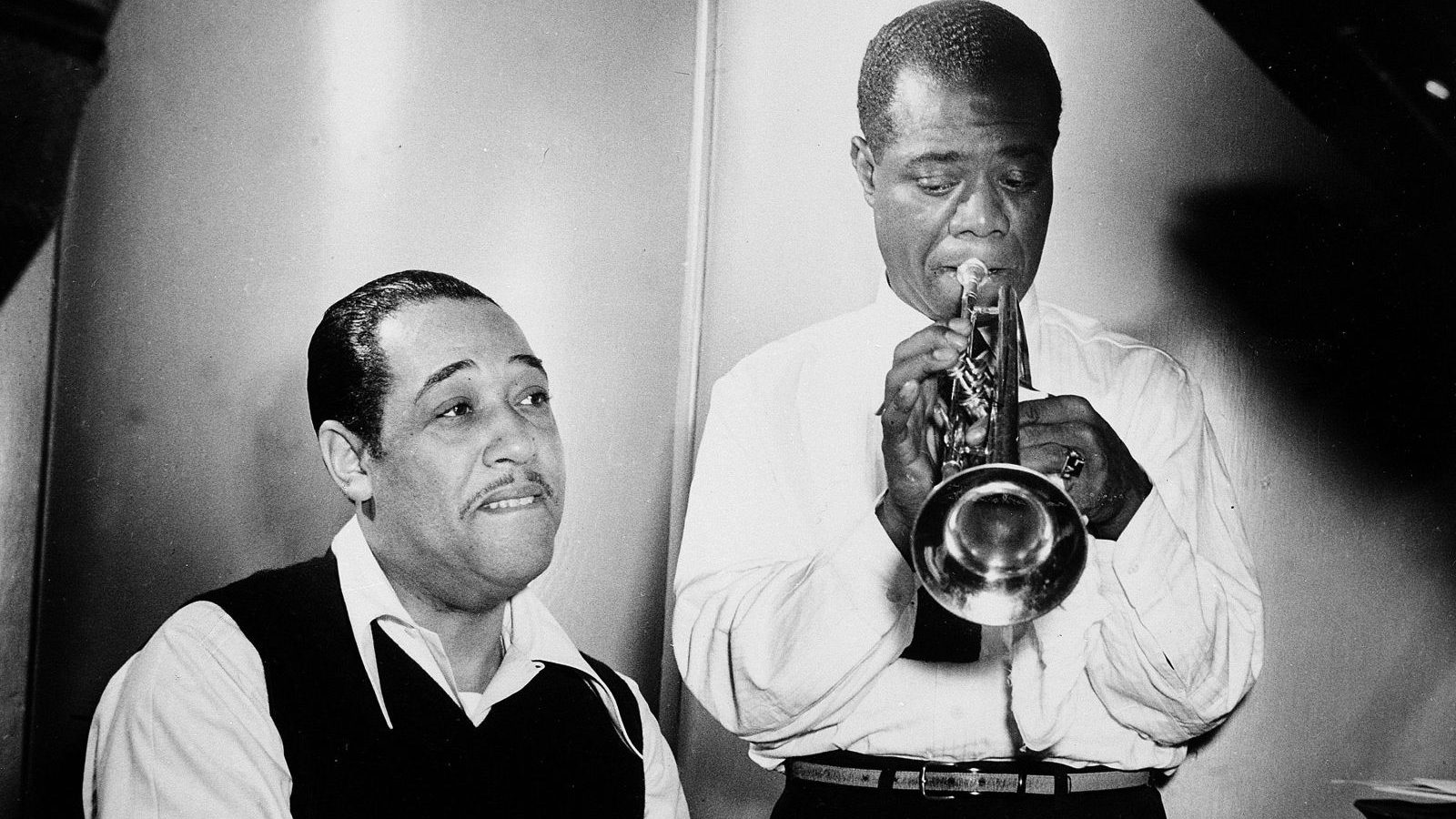 Satchmo and the Duke. (AP Photo)

In early May 1971, the great gospel singer Mahalia Jackson undertook a 10-day concert tour of India. The highlight of her trip was the three-hour concert in New Delhi to a throng that cheered her to the echo and wanted her to go on. As a final encore, Jackson sang for them the anthem of the civil rights movement: "We Shall Overcome."

In the audience that evening was prime minister Indira Gandhi, accompanied by the American ambassador to India and the Indian army chief. "I have been gospel singing for forty-two years," said Jackson at the end of the performance, "but today I have very much for which to be thankful to God with great people like the prime minister sitting here."

Jackson's visit encapsulated the circuits of culture that connected the United States and the subcontinent. For starters there was music. Early in her life, Jackson had resolved only to sing the glory of god. Yet her music had a profound influence on the development of American jazz. Although jazz had arrived in the subcontinent specially via the city of Bombay decades earlier, it acquired a devout following in the 1960s. EMI's records did rather well in India: "Haan main American jazz kharidta hun! (Yes, I buy American jazz!)," proclaimed an Indian fan clutching an LP record in an advertisement.

"Yes, I buy American jazz!," proclaimed an Indian fan in an advertisement. More important was the American government's role in promoting jazz in the subcontinent. From the late 1950s, successive administrations sought to use jazz as a vehicle for disseminating American influence in the Third World. As a popular art stemming from the world of African Americans, jazz seemed ideally suited both to revise notions of American racism in the decolonized countries and to showcase the vigour and creativity of American democracy.

American artistes were aware of the politics behind these tours, though they embraced it only up to a point.

American officials believed that jazz had a role to play in the contest over the hearts and minds of South Asians. When Jack Teagarden and his sextet toured India (and other parts of the subcontinent) in 1959, a senior officer in the USIS told them that "jazz was a great tool in helping save the country from the Reds." The Golden Gate Quartet, a gospel group, toured India in 1962 and found the southern state of Kerala (which had elected the first communist government in the country) on their itinerary. State department officials were delighted with the group's reception: "This is the red state of India very excellent."

"Welcome Satchmo," screamed a large advertisement placed by HMV Records in the Times of India. Armstrong was a well-known figure to English-speaking Indians: his movies had been screened in several cities and just months before he landed in India, his single "Hello Dolly" had risen to the top of the Billboard charts. Armstrong's visit coincided with that of the Pope, yet he drew packed audiences everywhere.

The conveyor belt of culture did not, however, run in one direction. American artistes were also influenced by the musical traditions they came across in the subcontinent, especially in India. When Dave Brubeck toured India in April 1958, he played an impromptu jam session alongside the sitar player Abdul Halim Jaffar Khan.

On returning to New York, he recorded an album, Jazz Impressions of Eurasia, which included "Calcutta Blues," an Indian-influenced modally based composition the first recorded attempt at incorporating Indian melodic and rhythmic elements into jazz. Ellington's tour resulted in "Far East Suite," another piece of music that sought to come to terms with India.

By this time, Indian music was beginning to gain traction in the United States owing to the efforts of two young men of genius: Ravi Shankar and Ali Akbar Khan. Ravi Shankar's partnership with George Harrison would put Indian music squarely in the middle of the sixties' counterculture. This cultural confluence spawned the remarkable genre of IndoJazz, taken forward by such brilliant artistes as John Coltrane and L. Subramaniam.

Even more than its music, India's spiritualism drew a generation of Americans to the subcontinent. The trend was set early in the decade by the beatniks. In 1961, Allen Ginsberg met an Indian lady named Pupul Jayakar at the home of the American photographer Dorothy Norman. Both Jayakar and Norman were close friends of Mrs Gandhi.

Very like the Transcendentalists of the previous century, Ginsberg was deeply anguished by the materialism and militarism of his country and looked to India as a source of spiritual renewal. "While you look to her to find answers," said Jayakar when Ginsberg poured out his heart, "the young in India look to the West. What do you expect to find?"

Ginsberg said he wanted to experience poverty, find a guru and move closer to god. What is more, he wanted to experiment with drugs. "After all, God is very funny, and He might even accept drugs as a way to Him." Ginsberg implored her: "Can you help me find a gay guru?" Jayakar was utterly bemused: "An eccentric guru?"

This encounter, which paved the way for the "hippy trail," also foreshadowed the creative confusions that would mark American spiritual encounters with India.

The country did not disappoint Ginsberg, though war and the Cold War caught up with him there too. The coincidence of the Cuban Missile Crisis and the Sino-Indian war led him to outline a "Positive Program for Peaceful Progress," an interesting example of the creativity unleashed by the conjuncture of the Cold War,  The 1960s also witnessed a spurt of interest among Americans in "New Age" Hinduism. globalisation and counterculture in that decade.

Ginsberg's plan included allowing Communist China to join the UN as well as the Tibetans to present their case there; a "Telestar TV Debate with Khrushchev, Kennedy, Mao and Nehru at UN together translated into all languages"; and above all, "International legalisation of kif, ganja, marijuana, cannabis, hashish, bhang."

The 1960s also witnessed a spurt of interest among Americans in "New Age" Hinduism. Apart from counterculture, this trend was strengthened by the amendment and liberalisation of the Immigration Act in 1965. This led to a sizeable increase in the Indian population of the United States.

Much of the new wave of Hinduism was aimed at catering to the needs of the growing Hindu population in the United States. But soon they understood the opportunity and advantages of branching out to Americans.

The Hare Krishna movement, Maharishi Mahesh Yogi's Transcendental Meditation, Guru Maharaj's Divine Light Mission, Osho Rajneesh's ashrams, all started out in the West Coast of the United States and expanded rapidly, notwithstanding a backlash from Christian fundamentalist groups that decried the mushrooming of Hindu "cults."

Excerpted with the permission of Penguin Random House India from The Most Dangerous Place by Srinath Raghavan. We welcome your comments at [email protected].