Sumo is a lifestyle. But as a spectator sport, it's more like chess than professional wrestling. Which is not to say there isn't plenty of posturing in the dohyō, the fighting ring. Upon entering the arena, the athletes, called rikishi, stand in their respective corners, throwing large handfuls of salt into the ring in a dramatic arc. The gesture is a ritual of purification, as well as a way of exciting the crowd and intimidating opponents. Two formidable foes step into the small circumference, no more than four-and-a-half meters, upon clay lined with woven rice straw to mark the boundaries. A wrestler automatically loses the match if he steps outside the ring. In such a small space for two massive bodies, training comes down to strength, focus, and balance. The clashing of behemoths lasts a few seconds and is a sight to behold, even to the untrained eye. But once I understood the basic mechanics — how artistry and intellect merge with combative winning moves — I began enjoying sumo on a whole new level.

There was a time when I thought sumo was a Japanese euphemism for wrestling theater, as most Americans do. The idea was partly propagated by the World Wrestling Federation through SummerSlam 1993, the most widely watched show on pay-per-view at the time, and specifically its "Yokozuna Bodyslam Challenge" event, held on the deck of the USS Intrepid. Wrestlers in red, white, and blue took turns trying to trounce 600-pound sumo Yokozuna (athlete Rodney Agatupu Anoa'l of American Samoa) in several unsuccessful rounds. Then WWF star Lex Luger, avoiding Yokozuna's signature move, the Banzai Drop, hit him with a forearm that would daze the sumo in the "body slam heard round the world." This wasn't, needless to say, an appropriate introduction to a centuries-old sport. 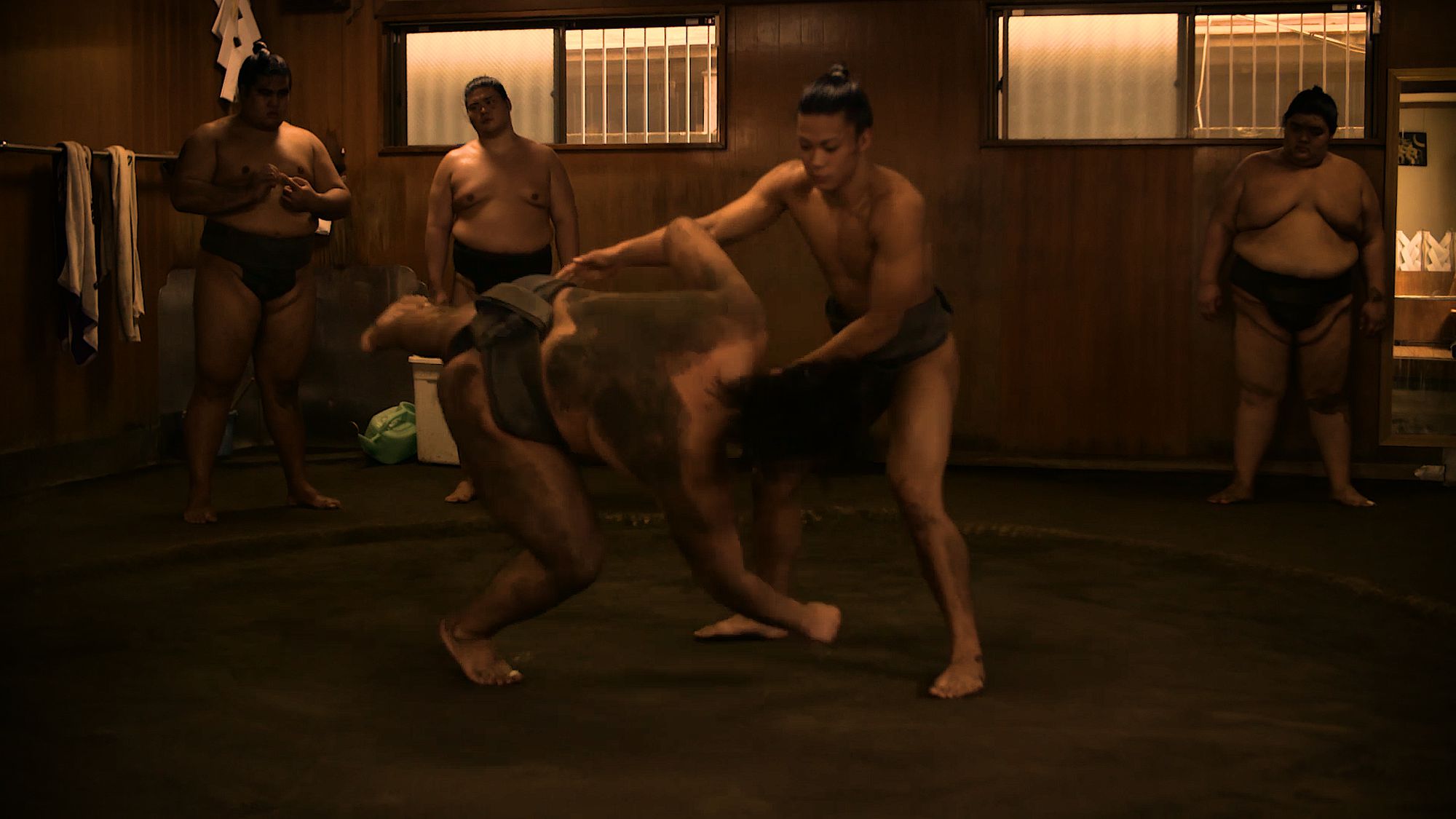 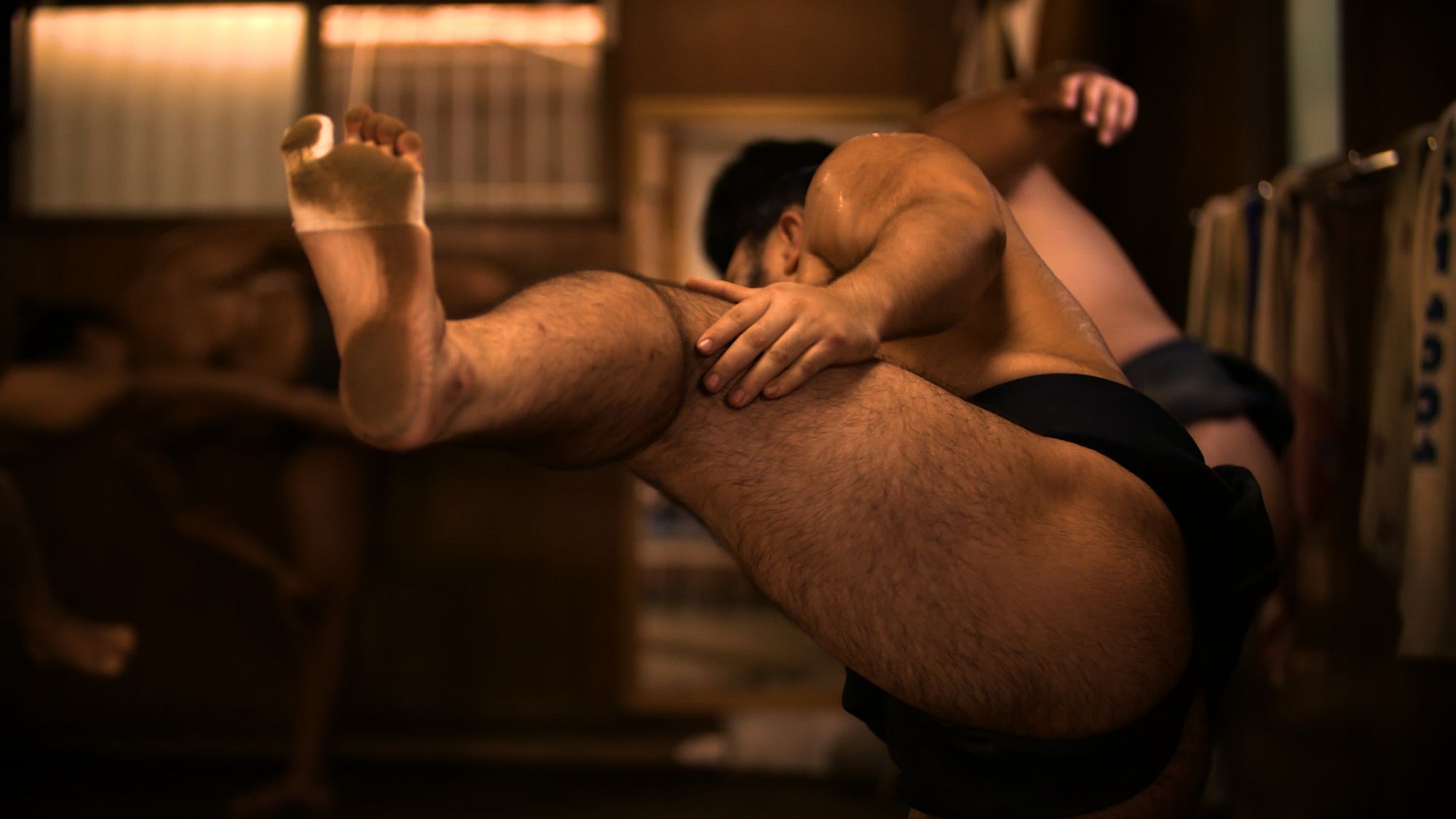 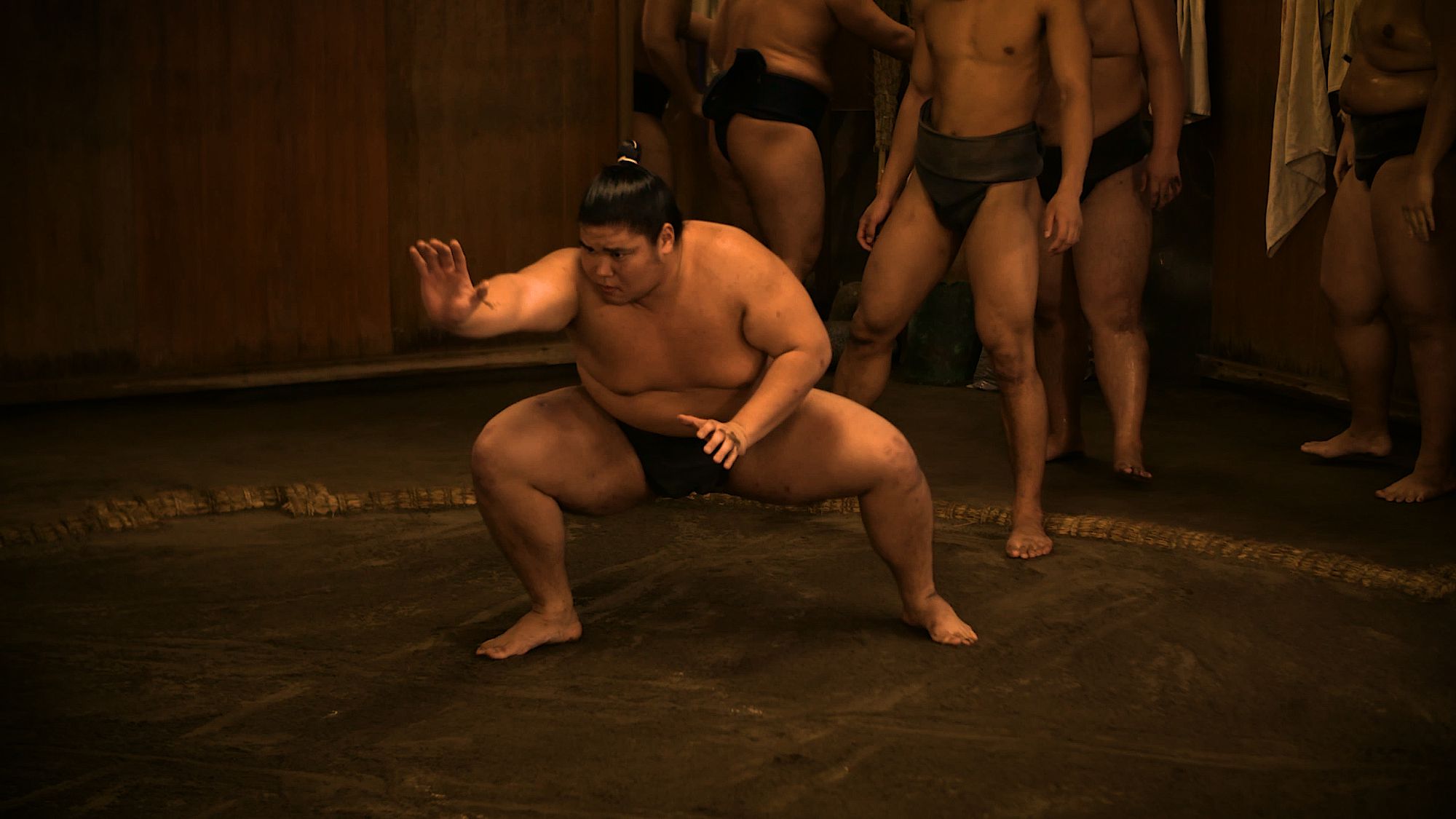 But when, decades later, I attended my first tournament while honeymooning in Fukuoka, Japan, I saw the real thing and became a sumo fan for life. As a novice spectator, I was thrilled when I recognized the matawari — a wide-legged stance with a deep torso stretch, shiko — a forceful stomp used to ward away demons, suriashi — a crouched position with alternatively sliding feet in a straight line across the ring, teppo — striking a wood pole with palms of the hand, and butskari-geiko — the power slide, wherein one sumo tries to push a flat-footed opponent to the edge of the ring.

The sport, seen as entertainment, made the rounds seasonally in Tokyo, Kyoto, and Osaka during the Edo period of the late 1600s. There are echoes of the Shinto religion, but those ritualistic elements were added by promoters to make the sport look proper in the government's eyes. To this day, referees occasionally dress in elaborate clothing evocative of the ceremonial dress of high priests. Judges wear black robes similar to what Nomi no Sukune (the "God of Sumo") wore in the first century AD, as seen in historic woodblock prints. Many of these traditions continued in the Meiji period of the early 1900s, when the Japan Sumo Association was formed and the Ryogoku Kokuguin sporting arena in Tokyo became the most significant site for tournaments.

To win a bout, no part of a sumo wrestler's body, other than the bottoms of his feet, can touch the ground after a match has started. A wrestler must wear a mawashi, the broad silk loincloth that he trains and competes in, which is strategically grasped to gain leverage during a match. He will use one kimarite, or winning move, of 82 recognized by the Japan Sumo Association, to force his opponent outside the ring. Yorikiri, where a wrestler holds the mawashi from the front or back and forces his opponent backward out of the ring, is the preferred move of heavyweights like Kotoshogiku, the first Japanese-born wrestler in a decade to win a tournament. 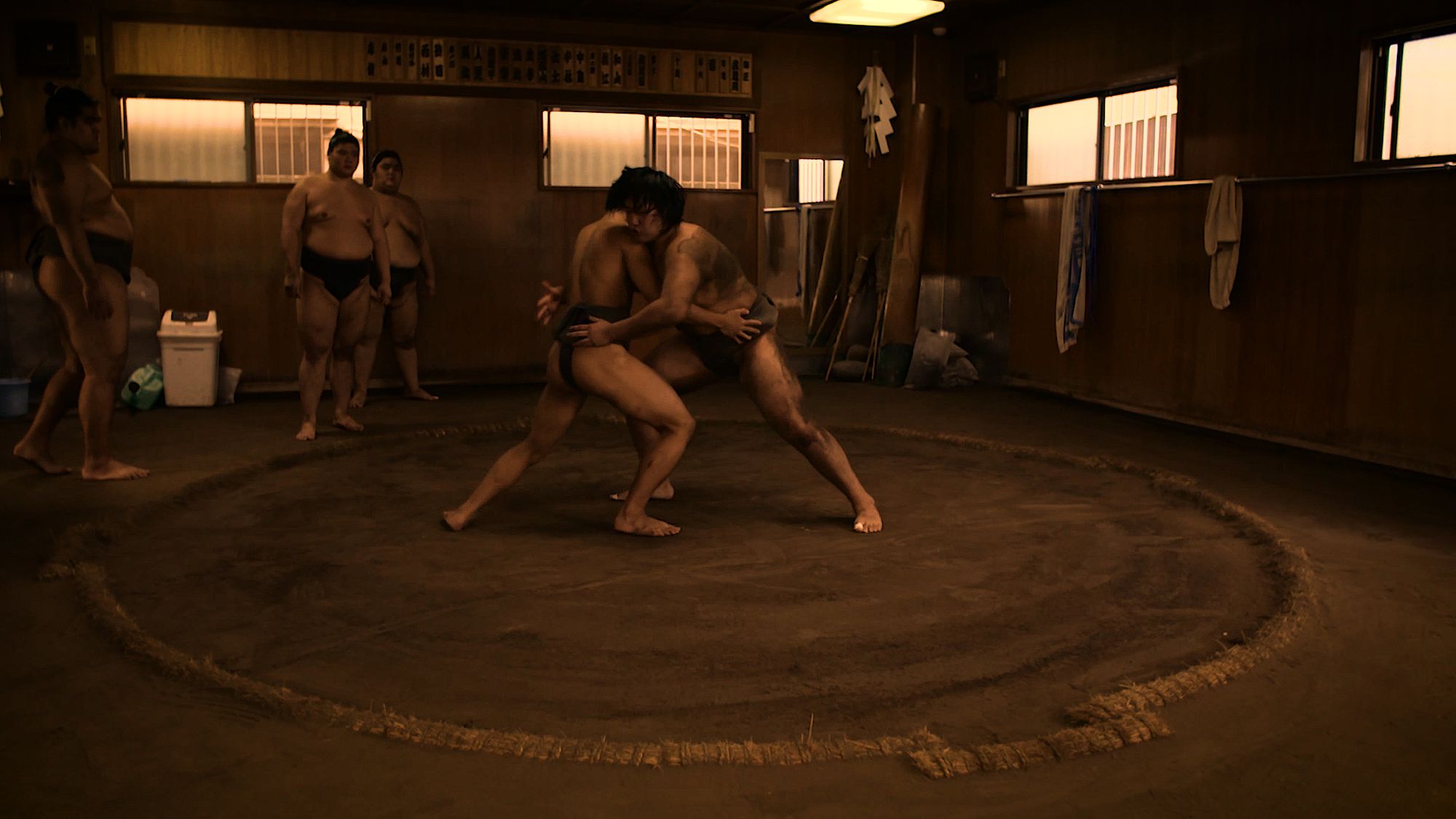 Sumo is an insular and tradition-rich sport that has ironically been dominated in the past few decades by non-Japanese wrestlers. Many are Mongolian, the most famous being Hakuho, the winningest sumo of all time, while others come from Bulgaria, Estonia, Egypt, and Brazil. American Akebono Taro (born Chadwick Haheo Rowan in Hawaii) became the first non-Japanese-born wrestler to reach the top ranking for the title of yokozuna, in 1993, and Musashimaru Koyo (Fiamalu Penitani from American Samoa) became a yokozuna a few years later. A Japanese wrestler hadn't won a tournament championship in ten years, but that all changed in 2016, when Kotoshogiku won in January and Goiedo won in September. In a country increasingly obsessed with baseball, these wins were big endorsements for what is still considered the national sport. Sumo's popularity may be on the decline, but these native title holders are helping to renew interest.

There are several categories of moves. Kihonwaza are the most common basic winning moves, which consist of yorikri, and oshidashi, which involve pushing an opponent out without holding his belt. Nagete are throw moves like uwatenage, whereby a wrestler uses the leverage of one arm to twist the opponent into an awesome overarm throw. Infrequently seen moves like leg trips called kakete, twist-downs called hinerite, body drops called sorite, and very special moves called tokushuwaza are exciting to see and identify from the sidelines. A few non-techniques, called hiwaza, include stepping out of the ring or accidentally falling down. For all the options, there are rarely more than a dozen kimarite used during a tournament, and they're announced at the end of each match, almost like a baseball scorecard. 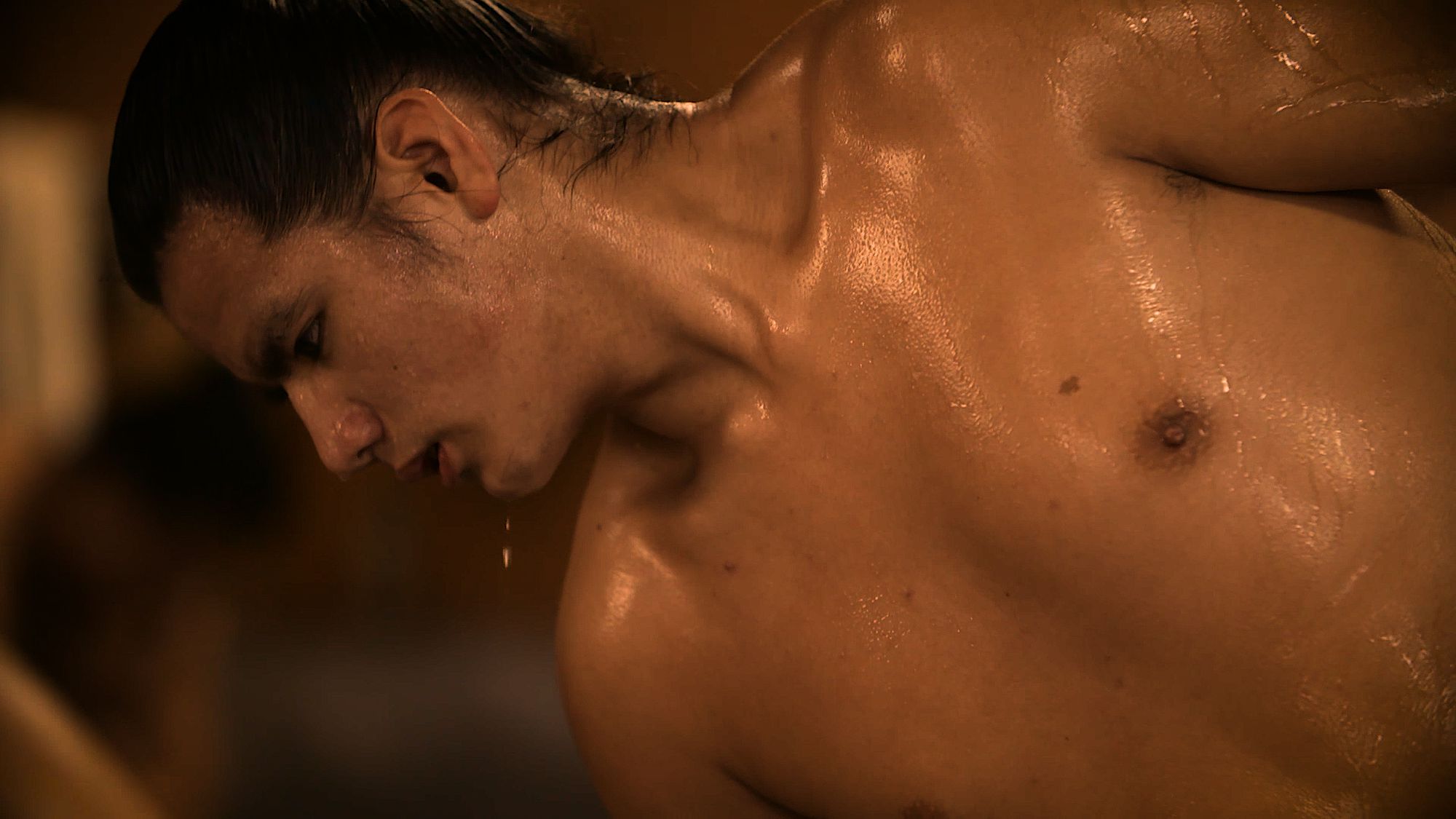 Nowadays, the wrestlers are constantly on the road traveling with their stable. Theirs is a fraternity with a particular code of living, from hairstyle to dress and diet. In this brotherhood, younger wrestlers take care of the older ones, doing all the cooking and cleaning, while the older athletes impart their years of expertise and knowledge on the novices.

Fans have their favorite wrestlers, and you'll hear sections chanting their names in unison: "Hakuho... Hakuho... Hakuho," and yelling back and forth at the opposing faction, "Harumafuji... Harumafuji... Harumafuji." Every so often, after a particularly tense moment, you'll see the seat cushions fly through the air, tossed by spectators in celebration of a lower ranked wrestler who has pulled off an upset. I saw one such win by Endo, the up-and-comer capturing the attention of young fans all over Japan, his hair barely long enough to make a complete chonmage bun. He represents a bright future for Japanese sumo.

In a sport that takes years of practice and a careful eye to understand, you don't have to be an obsessive to enjoy seeing it in action, and any sports fan can get excited by the display of dexterity and skill exhibited as two larger-than-life-size athletes clash. You feel the swell of excitement and noise during a match, which may only last seconds but can resonate deeply. You hear the thunder of contact throughout the crowd; you can even feel the impact in your bones.

Videography and stills by Richard Colombo.