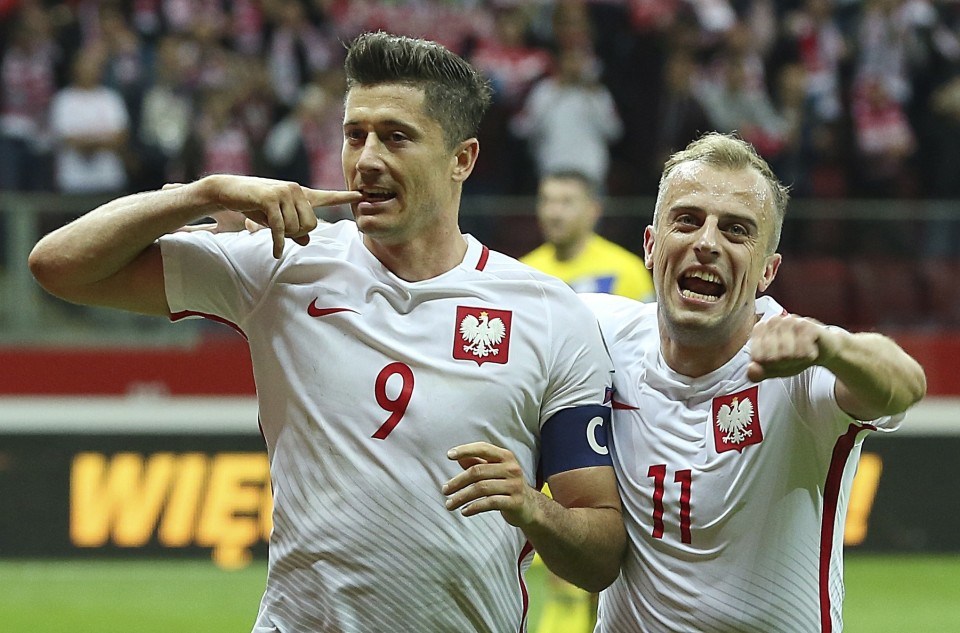 I had been living in Warsaw for two years and had never taken much interest in soccer before the 1982 World Cup. My job teaching English, and the rise and fall of Solidarity, had been enough to keep me occupied. But school ended in June — permanently for me, as I was heading home shortly — just as the tournament was starting in Spain. With time on my hands, I joined friends in front of the TV.

Poland starts its 2018 World Cup campaign Tuesday against Senegal, and, ahead of the match, I've been thinking back to that summer in Warsaw when I first learned to love the sport. I was astonished to see what men could do with their feet. The virtuoso displays of pedi-dexterity by the greatest players in the world seemed to expand the concept of graceful. (So this is what is meant by"the beautiful game.") There were collisions, to be sure, but it was the field sport that most resembled a dance, one that flowed back and forth over the grass with hardly an interruption. The ball was almost always in motion, unlike in baseball, a game I love but many people find equally lacking in drama. The sudden bursts of intense activity, especially when they resulted in a goal, were less frequent than at the ballpark, and so, understandably, they produced more euphoric celebrations — or deeper sloughs of despair, depending on which team had done the scoring.

The other surprising aspect to me was how many non-teachers had time to watch soccer in the middle of a weekday. This probably would have been the case at any time, but Poland was into its sixth month of martial law. A general, Wojciech Jaruzelski, was in command of the country; the leader of Solidarity, Lech Walesa, was incarcerated. For decades, Poles had taken a cavalier view of work — "They pretend to pay us, and we pretend to work" was a popular saying during those Communist years — and it had only become more so during martial law. Work that had seemed meaningless before now appeared hopeless. Life wasn't far behind.

Then, all of a sudden, into this despond appeared the biggest sporting event in the world. And Poland, a country that had literally been cut off from the world — on Dec. 13, 1981, the borders had been closed and telecommunications shut down — was a part of it. For the past six months, there had been little on TV and nothing to cheer about. Now the masses had their beautiful opiate.

Poland's national team, like those of many countries behind the Iron Curtain, was strong and talented (according to my friends), the result of a system that put great emphasis on sports and saw competition with the West as an opportunity to demonstrate superiority. But for the Poles who cheered the men in white and red, every goal they scored was a goal for Poland, not an ideology.

As the tournament progressed, I saw how soccer, at least its international version, can transfix a nation and lift its spirits. For four weeks, Poles focused their attention on something other than politics; the name "Boniek" (the star midfielder who's now the head of the Polish soccer federation) was heard more often than "Walesa." Admittedly, Boniek was having a better summer.

Sports, of course, are never played in a vacuum. During one early-round match, an errant shot by a Polish player revealed fans in the stands holding Solidarity banners. Roars of delight spilled from open windows throughout the neighborhood, probably the whole capital, possibly the whole country. It was suggested, among the group I was watching with, that the player had intentionally misfired so as to force the camera to linger on the signs with the familiar red script. A few more shots on goal — or banners — followed until, eventually, the Polish station that was broadcasting the match began inserting a random crowd scene whenever the ball sailed in the direction of the demonstrators. The wide world of censorship.

Poland made it to the semifinals, edging out the Soviet Union, a satisfying achievement in any season but especially that of martial law, which many people believed had been ordered from Moscow. Nothing had changed in the country; democracy wouldn't come for another seven years. But Poles had been given a brief, bright reprieve from their grim reality, and an American who had shared it with them had become a World Cup fan for life.

Fox Sports was the real loser in the U.S. World Cup failure

Will a new FIFA president end corruption in world soccer? Don't bet on it.