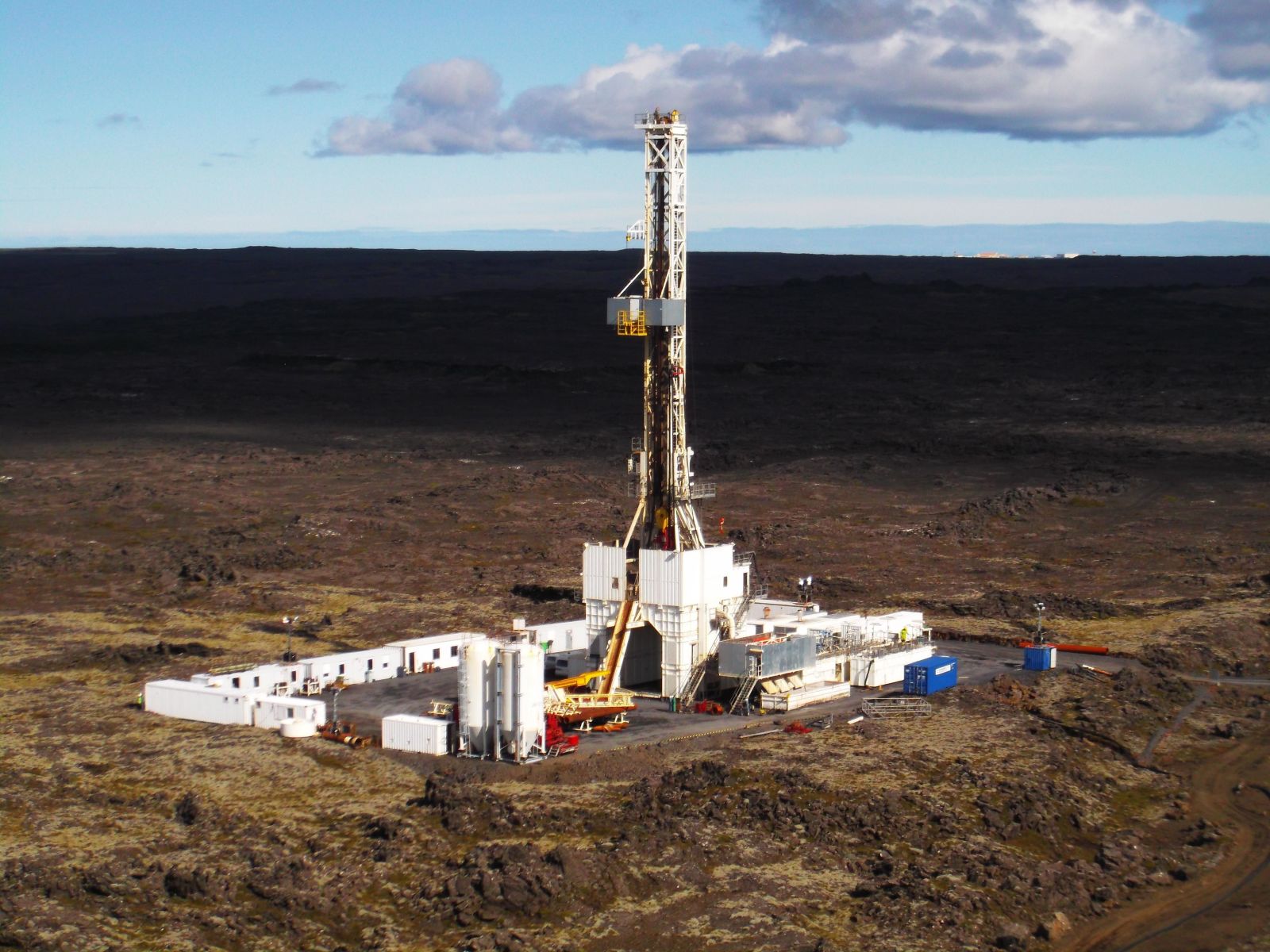 In the world of clean energy plants, geothermal is not as well known or as widely used as solar or wind. Geothermal heat pumps use hot rocks deep in the ground as a heat source to generate electricity. But if you could build a heat pump that taps liquid hot rocks, or magma, then you might really be in business.

In 2009, the Iceland Deep Drilling Project (IDDP) accidentally drilled into a magma reservoir about 2 kilometers (1.25 miles) below the surface when it was planning to construct a conventional geothermal well. As an experiment, the IDDP poured water down the magma well to see how much energy it could generate, and it ended up creating the most powerful geothermal well ever drilled, generating some 30 megawatts of power.

Now the project is hoping to do the same thing, except intentionally and on a larger scale. The drilling of a hole that will be 5 kilometers (3 miles) deep in southwestern Iceland began in August at a geothermal facility dubbed Thor. The IDDP intends to tap a landward extension of the Mid-Atlantic Ridge, where two of Earth's tectonic plates meet, and create the hottest hole ever drilled. In this subterranean zone, magma that is released from volcanic activity heats seawater up to temperatures between 400 and 1000 degrees Celcius (750 to 1800 degrees Farenheit).

"People have drilled into hard rock at this depth, but never before into a fluid system like this," Albert Albertsson, assistant director at Icelandic geothermal energy company HS Orka, told New Scientist.

The intense pressures at that depth—about 200 times atmospheric pressures—force the superheated water to form "supercritical steam," which is neither liquid nor gas and holds more energy than both. If the IDDP can tap a reservoir of supercritical steam, a geothermal plant could be constructed with a power capacity of 50 MW, which is 10 times more than the 5 MW a conventional geothermal plant puts out.

"If they can get supercritical steam in deep boreholes, that will make an order of magnitude difference to the amount of geothermal energy the wells can produce," Arnar Guðmundsson of Invest in Iceland, a government energy agency, told New Scientist.

Iceland already generates all of its electricity from non-fossil-fuel sources, but three-fourths of that is hydroelectric power generated from dams. If the IDDP's magma well is successful, it could add a new source of abundant green energy to the country, and the technique could be imitated near fault lines around the world.