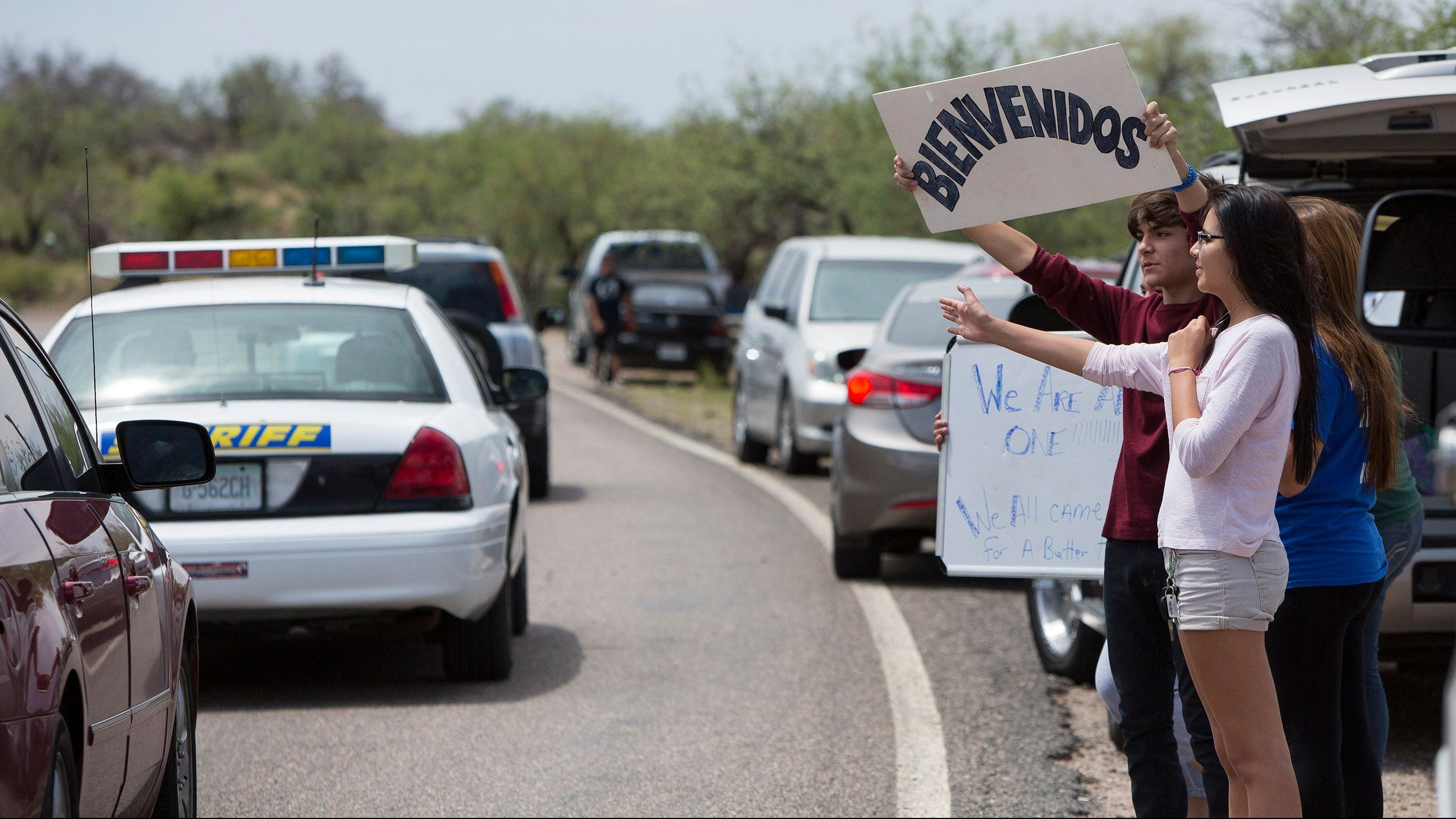 The town of Liberal, population 20,000, lies on the southern edge of Kansas, right where your thumb would be if you grabbed Oklahoma by its western-facing panhandle. The map around the town is barren. The nearest cities—Wichita, Oklahoma City—are hours away.

That isolation has not stopped immigrants from finding their way to Liberal. From around 40% in 2000, the Hispanic population is now the majority, at 60%. And while English is still the lingua franca in Liberal, Spanish-speaking immigrants have enriched it, subtly changing the way residents of all ethnicities speak to one another.

The existence of this new "Liberal accent" has been discovered by researchers at Kansas State University. They started out by interviewing high schoolers on sports teams with different ethnic makeup. "We were thinking that these teams—based on the ethnic groups that were participating in them—would sound different," Trevin Garcia, a graduate student at KSU, told Atlas Obscura. "What we found was that they're all really talking the same."

"Talking the same" in this case means using a version of Kansas English that has taken on aspects of Spanish. One characteristic of this is the softening of the hard, nasally sound on words with "a" followed by an "n." In many parts of the American midwest, "a" sounds different in that case. The "a" in "bat" is softer and less nasal than the one in "band." But in Liberal, that distinction is going away, as Mary Kohn, a linguist who worked on the research, explains here:

Spanish is also affecting the rhythm of English in Liberal. Most native English speakers have a tendency to emphatically emphasize a syllable in a given word. Like the first syllable in "FA-scinating," or the second in "out-RAGE-ous." Spanish also stresses certain syllables—almost always the second-to-last one—but the effect is less pronounced, making speech sound more even. One recording of a Liberal resident, interviewed by the KSU researchers, demonstrates this (pay attention to both instances of the word "visit"):

Because Liberal is relatively isolated, and its demographic changes have been swift, the evolution of language appears to be especially quick there. But similar evolution is no doubt happening across the country. As the population of Spanish speakers in the US grows, they learn English, but they change it, too.

This is the kind of shift that worries American who fear losing their identity. But more immigrants only makes that identity richer, says Kohn.

"There has always been this fear that language change is somehow dangerous or scary or will prevent communication," she said, according to a press release. "When we see language change, what we really see is that a community is continuing to develop and grow. It's a sign that we have a vibrant and lively community present. The only kind of language that doesn't change is a dead language."