It's fair to say that after the Edward Snowden leaks, the National Security Agency (NSA) has had a bit of an image problem, which in turn has affected recruiting efforts. As Neal Ziring, technical lead for the NSA's information directorate told NPR "When I've been out on campuses and talking to students," the Snowden leaks "puts them off or they have doubts."

So what is the NSA doing to combat all this bad PR? Summer camps.

The NSA, in partnership with the National Science Foundation, has begun funding elementary, middle, and high school camps. The program's focus is on cybersecurity and computer skills, and features a broad range of students or varying skill levels, from the basics of running an operating system to advanced hacking techniques. GenCyber, as it is known, began in 2014 with just six offerings nationwide, which grew to 43 camps in 2015, and eventually tripling this year to 133 camps.

Wanting to learn more, MuckRock sent out requests to the six pilot programs for their GenCyber lesson plans and training materials. Virginia Tech, University of Florida, University of Alaska-Fairbanks, and UC Berkeley all released documents, ranging from grant proposals to daily schedules. 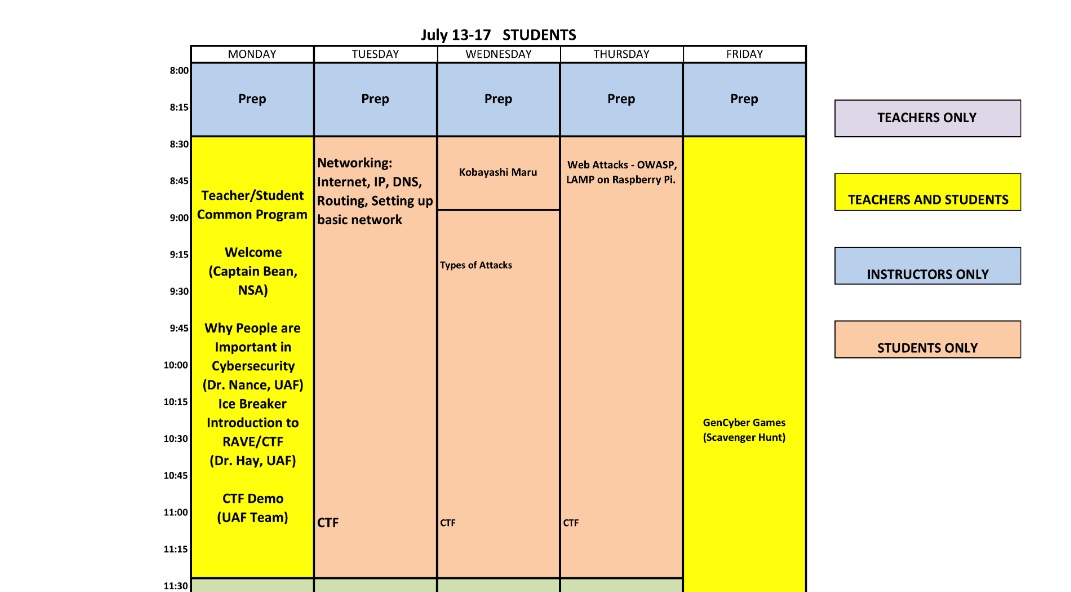 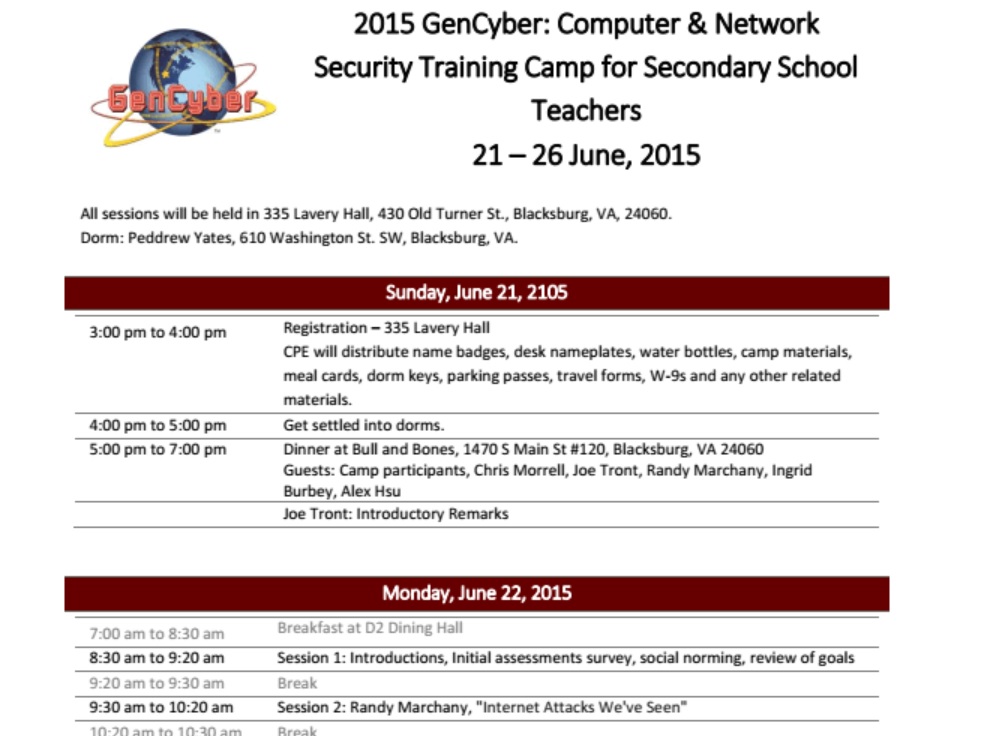 At this camp, two NSA "observers" were also present, but no documents explained their purpose further.

Included in the UC-Berkeley requests, under the header "theme," is the question, "What is cyberwar and is this something that you and the world should be wary of?"

Concerning the very agency running the program has expressly dedicated itself in the last decade or so to fighting and also honing cyber attacks, it seems the answer might be a little obvious.

The NSA maintains that the program is not being used to recruit potential NSA agents when these kids come of age or sway public opinion in a more favorable direction for the NSA. As the NSA head of College of Cyber and the director of their camp operations, Steven LaFountain, told the New York Times, "We're not trying to make these camps something to make people pro-NSA or to try to make ourselves look good. I think we'll look good naturally just because we're doing something that I think will benefit a lot of students and eventually the country as a whole."

Look at the curriculum of these camps and decide for yourself.

Virginia Tech's schedule is embedded below, and you can read the rest on the request page.

Image via Armed With Science