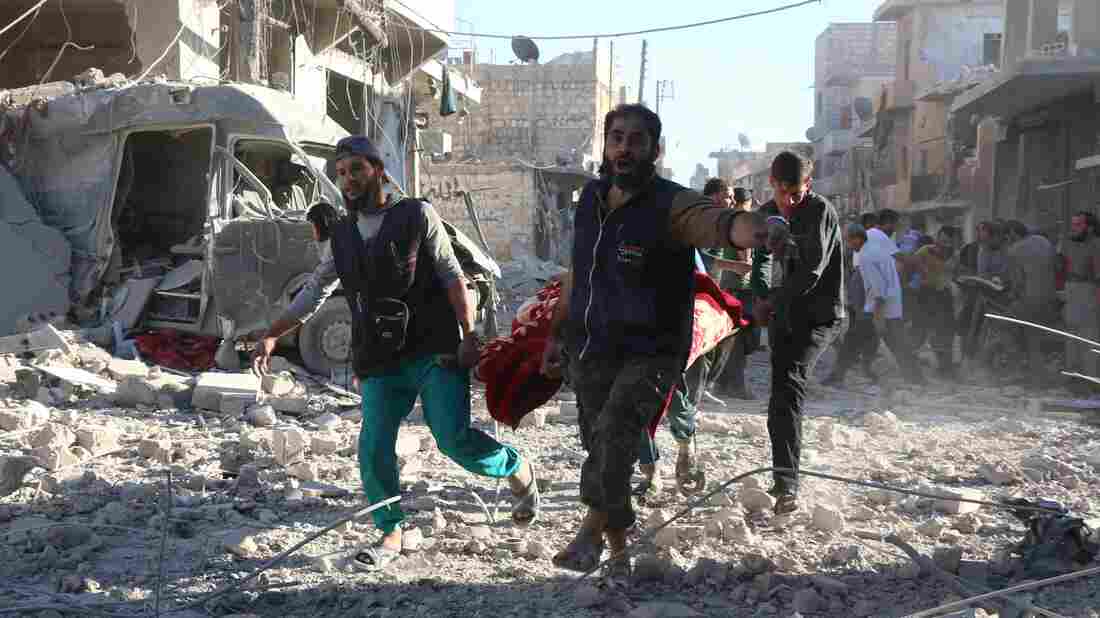 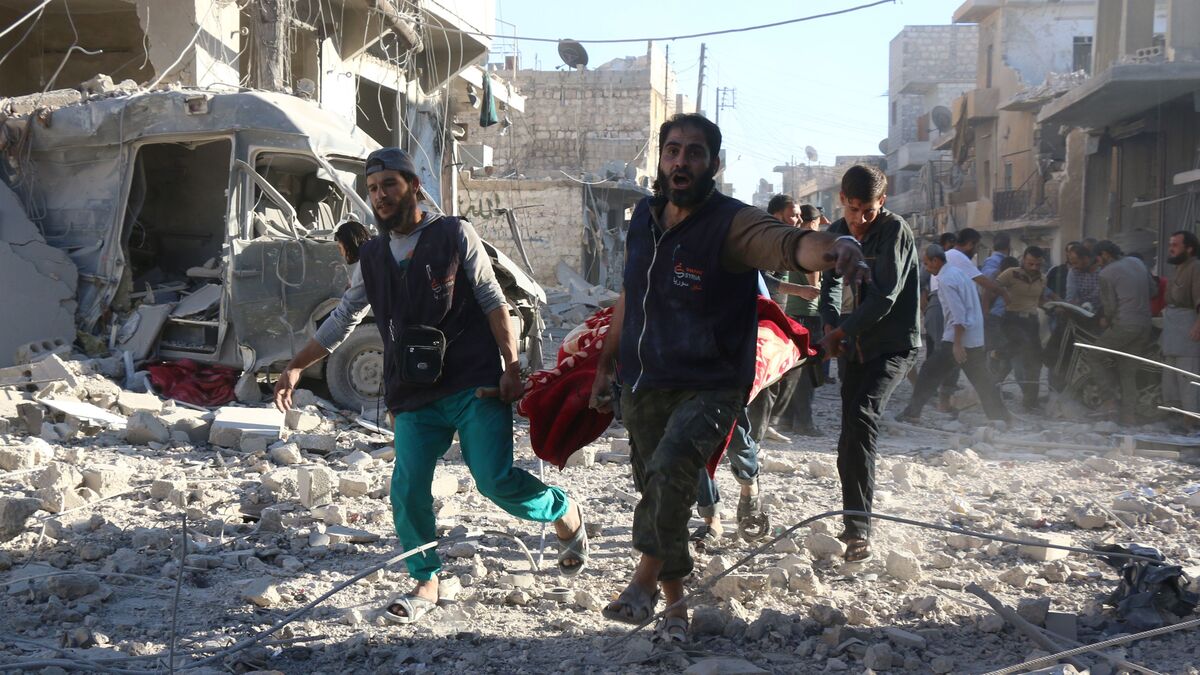 Aleppo, Syria's divided city where airstrikes hit two rebel-held hospitals earlier this week, is under renewed attack, as reports emerge that Russian and Syrian forces are using incendiary phosphorous munitions as part of an intensified shelling and bombing campaign.

The largest hospital in the rebel-held portion of the northern city, which had already suffered a strike earlier this week, was hit again by at least two barrel bombs Saturday, the Syrian American Medical Society tells Agence France-Presse.

That information conforms to what NPR's Alice Fordham reported earlier this week, when she said witnesses in Aleppo believe "much bigger missiles are hitting them than before, and that they believe white phosphorus is being used as a weapon, which is illegal."

"People are absolutely terrified," Al Jazeera's Amr al-Halabi reports. " A number of homes have been set on fire after they were targeted with phosphorous bombs."

Responding to the strikes on hospitals, France condemned the bombing and said that and similar attacks are war crimes.

"Their perpetrators will be held to account," Foreign Minister Jean-Marc Ayrault said, according to France 24. "France is mobilizing at the Security Council as we speak to put a stop to this unacceptable tragedy."

The violence comes 10 days after Syria's shaky cease-fire ended with an attack on an aid convoy. On Friday, the World Health Organization said that fewer than 30 doctors remain in Aleppo — and that all attacks should cease in order to let relief flow into the city that's been under siege since early July.

The U.N. agency added, "Because the supply lines are cut off, and with 270,000 people besieged in east Aleppo it is difficult to get medical supplies, equipment and fuel to the remaining health facilities, and no patients are able to get out."

Syria's civil war has brought a stark turnaround for Aleppo, which once had more than 2 million residents and ranked as one of the region's cultural and commercial capitals.

"I can hardly put into words my emotions in seeing this city brought to its knees in this way," historian Charles Wilkins of Wake Forest University told member station WBUR this week. He added, "You have a ghost town in many areas. A ghost town that is also in rubble, a very depressing picture indeed. Many of the friends, the people that I knew in Aleppo, have long since gone. People need to be constantly reminded of what is going on."

Here's how Wilkins discussed the effects of modern political boundaries on Aleppo:

"Following the first World War, there was an effort by indigenous peoples, namely the Arab people, to establish an independent Arab kingdom. However, the French asserted their control over Syria and basically drew lines that separated Syria from the modern republic of Turkey, and also created Iraq and Syria, so you have various new modern political boundaries that separated the city of Aleppo from its natural hinterland, that included southern Turkey today, as well as what is the city of Iskenderun or Alexandretta in Turkey. And then further to the east, it separated it from Mosul in Iraq, also an important sort of trading partner with Aleppo. So, it was in fact a cataclysm for Aleppo when those modern boundaries were drawn because its economic ties were severed."