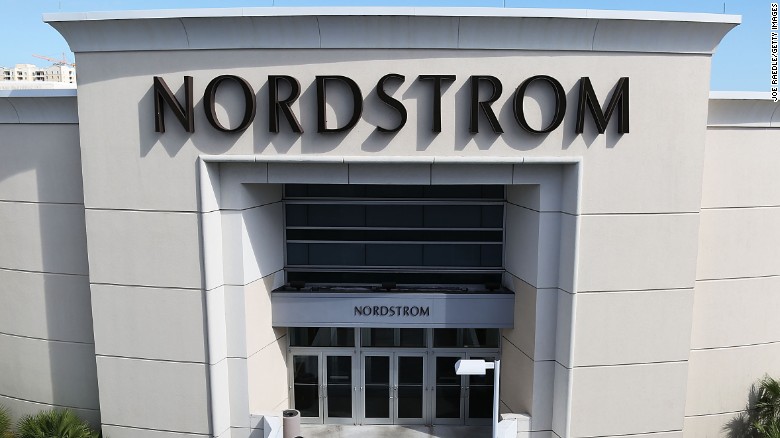 Washington (CNN)While the rest of her products appear to be having an early-spring resurgence, Ivanka Trump's fine jewelry line has hit the skids.

Abigail Klem, president of the first daughter's brand of companies, confirmed to The New York Times Monday that Ivanka Trump Fine Jewelry is being discontinued. Instead, the company will focus its efforts on costume jewelry, with a more accessible price point.

The fine jewelry line, whose website featured black and white portraits of Trump modeling her pieces, encompassed rings, bracelets, pendants, earrings and necklaces. On the high-end is a woven diamond necklace for $19,500, and the lower side, a simple rose gold ring with a price tag of $940.

Ivanka herself often wears the $2,900 "Patras" studs, but who can forget the $10,800 bracelet debacle from November?

After Trump wore her fine jewelry line's gold and diamond arm candy during a "60 Minutes" interview on CBS, her company sent out a "Style Alert" press release, touting the item. At the time, Klem blamed the move on a "well-intentioned marketing employee," but the debate over using her father's political position to hawk Ivanka Trump wares was just firing up.

In February, President Donald Trump's senior counselor Kellyanne Conway said during a live television interview that people should go out and buy Ivanka Trump's clothing, which had recently been dropped by Nordstrom, citing poor sales.

Conway's plug got the attention of the Office of Government Ethics, but Ivanka Trump sales reportedly went up, dramatically. Ivanka Trump stayed mum on the issue, and continued to wear her clothes and accessories.

The demise of the fine jewelry line shouldn't necessarily be viewed as a failure — in retail, it's much more difficult to sustain a select number of expensive "special occasion" pieces than it is to mass market more affordable fake gems.

Most Ivanka Trump-branded items, which include apparel, shoes and bags, are priced to be more cost-sensitive to average Americans anyway. For example, a dress from her spring collection is $138 at Lord & Taylor, and a pair of faux pearl earrings just $38.

Klem told The New York Times in a statement that the brand is now committed to "offering solution-oriented products at accessible price points."

In January, Ivanka Trump announced she has stepped away from leadership of her corporate roles, both at her brand and her job in the Trump Organization. Though she still has a financial stake in her brand of companies, she said she's turned her focus to building a new life for her family in Washington and serving as informal adviser to her father.