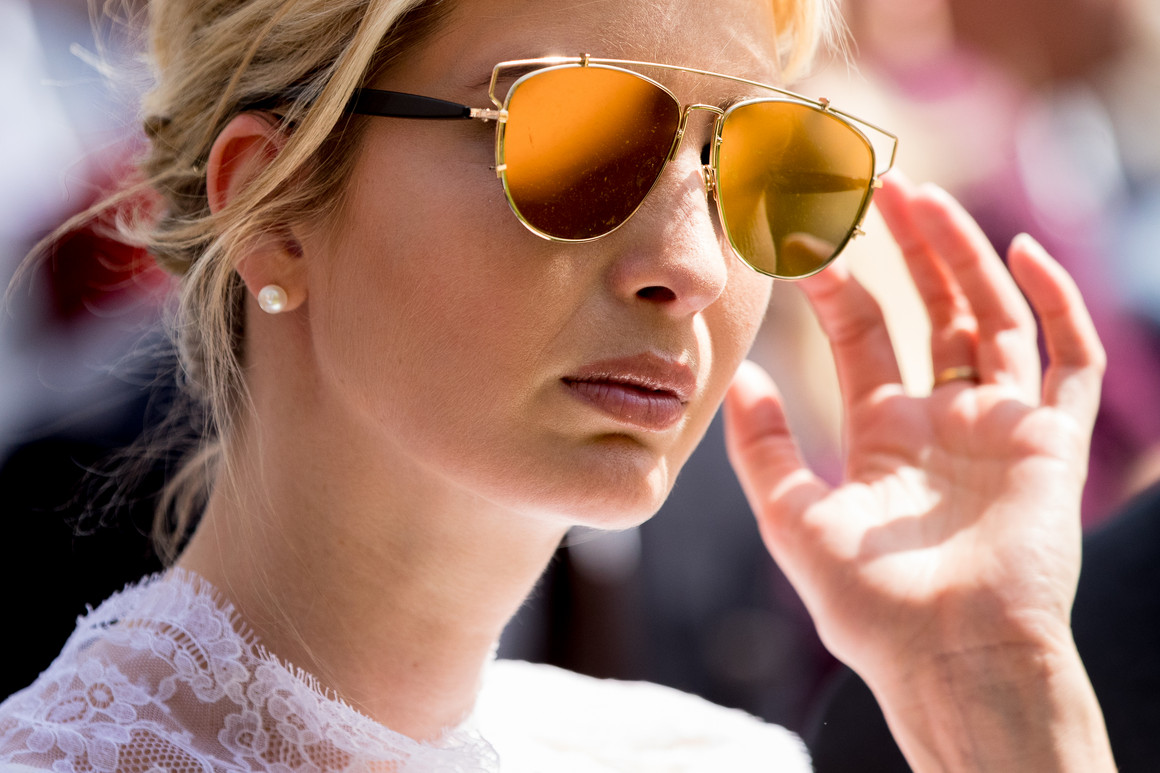 In the weeks following her father's inauguration, Ivanka Trump quietly reached out to the president of Planned Parenthood seeking common ground on the contentious issue of abortion.

The first daughter requested a sit-down with Cecile Richards, the head of Planned Parenthood and a vocal surrogate for Hillary Clinton on the 2016 campaign trail, to talk about an organization that is being targeted by Republicans seeking to defund it because it provides abortions, among other women's health services like cancer screenings.

Their under-the-radar meeting — a rarity between a well-known Democratic activist and a close adviser to a Republican president — has not been previously reported.

"The purpose of the meeting, from Cecile's point of view, was to make sure that Ivanka fully understood what Planned Parenthood does, how it is funded, and why it would be a terrible idea for Planned Parenthood to be removed from being able to see Medicaid patients," said Dawn Laguens, executive vice president of the Planned Parenthood Federation of America. "The main thing that Cecile Richards was doing was explaining that the money doesn't actually go to abortions — we get reimbursed the same way a hospital does. We were clearing up misinformation about how this works."

Richards also shares a unique perspective with Ivanka Trump: She, too, is a political daughter (her mother was former Texas Gov. Ann Richards) with big personal ambitions focused on fighting for women's empowerment. Laguens called it "an explainer meeting" and said that Ivanka Trump had expressed an interest in wanting "to know more about the facts of Planned Parenthood."

Ivanka Trump has been on a listening tour since moving to Washington, as she stakes a claim on women's issues. In addition to her meeting with Richards, she has quietly met with other leaders of the progressive women's movement, including Marcia Greenberger, co-president the National Women's Law Center, and Judy Lichtman, senior adviser to the National Partnership for Women and Family, sources familiar with the meetings told POLITICO.

But the strategic outreach hasn't seemed to earn Ivanka Trump much public goodwill. Since Ivanka Trump's sit-down with Richards, what started as a cordial relationship has soured — and any effort on the part of the politically savvy first daughter to back-channel to the nonprofit has transformed into a bitter battle since Ivanka Trump assumed an official administration post.

Richards, fighting the Trump administration, has publicly rebuked Ivanka Trump for her "deafening" silence on the GOP health care bill. On Wednesday night, Richards again took aim at the first daughter, now a senior White House official with a security clearance and an office in the West Wing.

"Anyone who works in this White House is responsible for addressing why women are in the cross hairs of basically every single policy we've seen in this administration," Richards said, speaking at the Women in the World conference in New York City.

The public lashing of Ivanka Trump stems from a sense, among Planned Parenthood advocates, that as someone who has staked her reputation on fighting for women's economic empowerment, Ivanka Trump must be held accountable for her silence.

Last month, Vice President Mike Pence broke a 50-50 vote in the Senate to roll back a rule that barred states from denying family planning grants to Planned Parenthood. Ivanka Trump did not weigh in.

In an interview with Gayle King that aired on CBS Wednesday morning, Ivanka Trump defended her role both as a champion of women and as someone who is choosing to stay away from the public fight to defund Planned Parenthood.

"I would say not to conflate lack of public denouncement with silence," she said. "I think there are multiple ways to have your voice heard. In some cases, it's through protest and it's through going on the nightly news and talking about or denouncing every issue on which you disagree with. Other times, it is quietly and directly and candidly. So where I disagree with my father, he knows it."

Planned Parenthood, which receives about $550 million in federal funding annually, has been a stumbling block for Ivanka Trump — one that advocates on the left have set up as a test of her commitment to fighting for women's rights, and that her defenders argue is an unfair albatross. The New York Times reported last month that the White House had pitched the organization on a plan that would please the conservative base while seeking common ground with Democrats — allowing it to retain its federal payments if it stopped providing abortions. But that was an immediate non-starter for the group.

In her interview with King, Ivanka Trump defended her position, arguing that she is playing a long game, and that speaking out on issues where she doesn't see a win won't help her be effective in the White House.

"I'll take hits from some critics who say that I should take to the street," she said. "And then other people will, in the long term, respect where I get to. But I think most of the impact I have, over time, most people will not actually know about." She has also noted that the line item for women's health increased in the Trump administration's proposed budget.

The attacks lobbed at her from Planned Parenthood executives are seen by people close to Ivanka Trump as misguided: Even if she were publicly engaged, Ivanka Trump would not be able to sway a Republican House and Senate on the issue. The thinking is that no amount of advocacy on her part, when it comes to sticking up for a group that has long symbolized the fight against a woman's right to choose, could help.

President Donald Trump has been more open to Planned Parenthood than many of the lawmakers who control the levers of funding — a sign that it is not his viewpoint, the one over which Ivanka Trump holds the most sway, that needs to be changed.