This might be the one time in your adult life when it's appropriate to say "Nice melons" to a stranger. Over the weekend, a pair of Yubari melons sold for a record-breaking ¥3.2 million (US $29,436) at an auction held in the city of Sapporo. The two melons were bought by Shinya Noda, the president of a fruit and vegetable packing company.

"I wanted to make a record-setting bid by all means," he said after the auction, and dude was true to his word. The final price—which is more than the MSRP for a 2018 Subaru Outback—broke the previous record for Yubari melons; in 2016, a supermarket buyer splashed out ¥3 million ($27,240) to score his own set of the coveted fruit.

This was the obvious highlight of the auction, which included 508 melons grown by eight farmers in Yubari, a city in the Hokkaido prefecture that is "well-known for its melons." This eye-catching variety of melon—formally known as the Yubari King—is a relative of the cantaloupe that was developed and perfected by farmers in the city after World War II.

According to Cooks Info, each farmer that grows these melons must sell them directly to the Yubari Agricultural Cooperative Association. The Association owns the trademark for 'Yubari King' and says that its relationship with the farmers is to ensure that each melon wearing that name is of the highest quality—and isn't a counterfeit melon. (Oh yeah: These melons are such a big deal, people try to bootleg them).

Restaurants in Hokkaido often host all-you-can-eat melon buffets, and demand for the fruit often exceeds supply. Last summer, the Melon no Terrace had to apologize for running out of melon on its opening day. "We asked an estimated 100 visitors to leave," a restaurant official told Asahi Shimbun. "We apologize from the bottom of our hearts for causing the customers trouble." (The restaurant swiftly changed its format, offering four daily seatings that gave 30 customers one hour to eat all the melon they wanted before being politely ushered to the door). 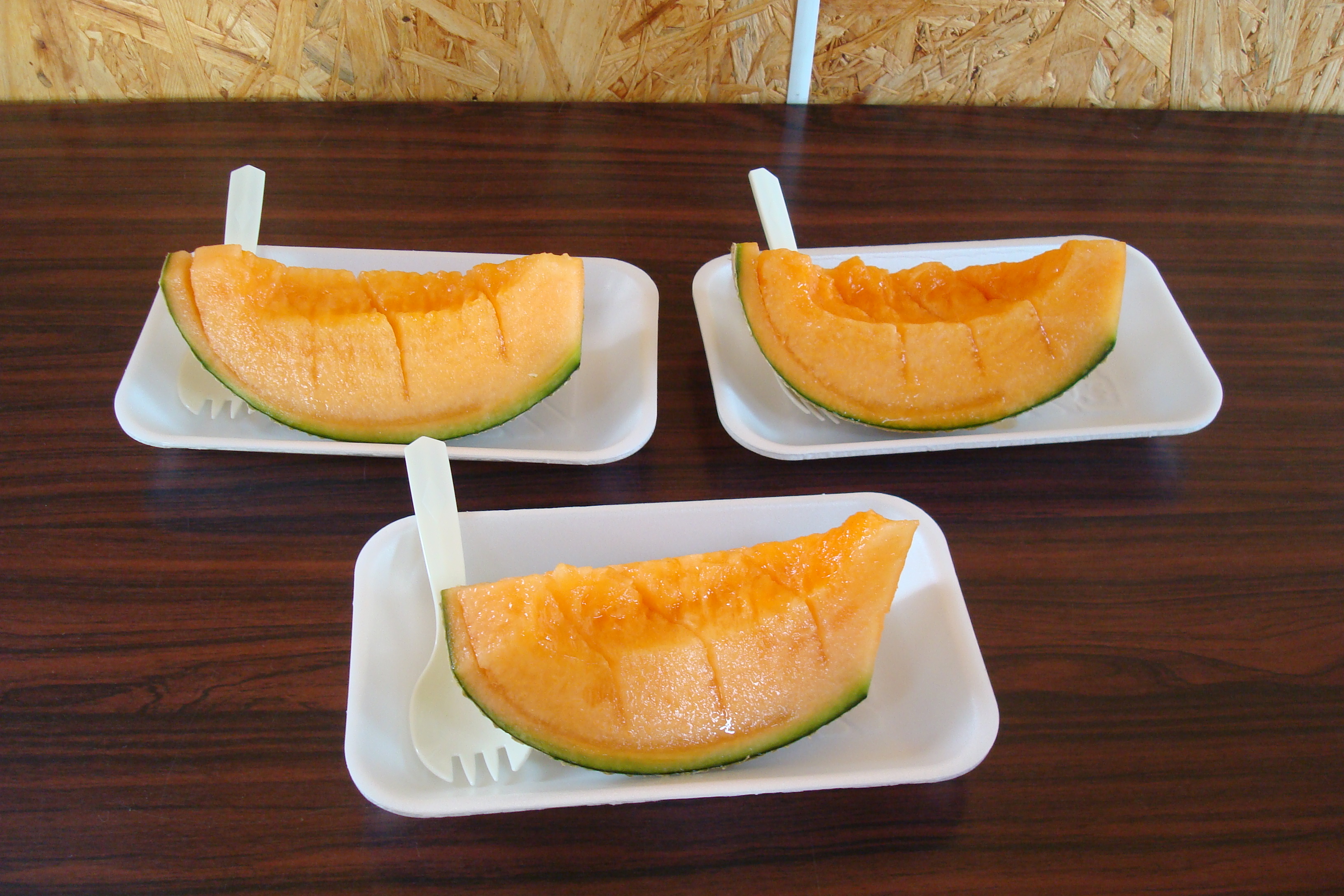 When they're not forcing restaurants to apologize for their inadequate melon supplies, Yubari melons are often given as gifts, especially for ochugen, Japan's mid-July tradition of giving a present to someone you feel indebted to. Shinya Noda is giving his high-dollar purchase away too: he says that he will be putting his melons on display until the end of the month, then they'll be sliced and given away to his customers.

Meanwhile, I'll be over here debating whether to pay $5.99 for a single cantaloupe at Whole Foods.