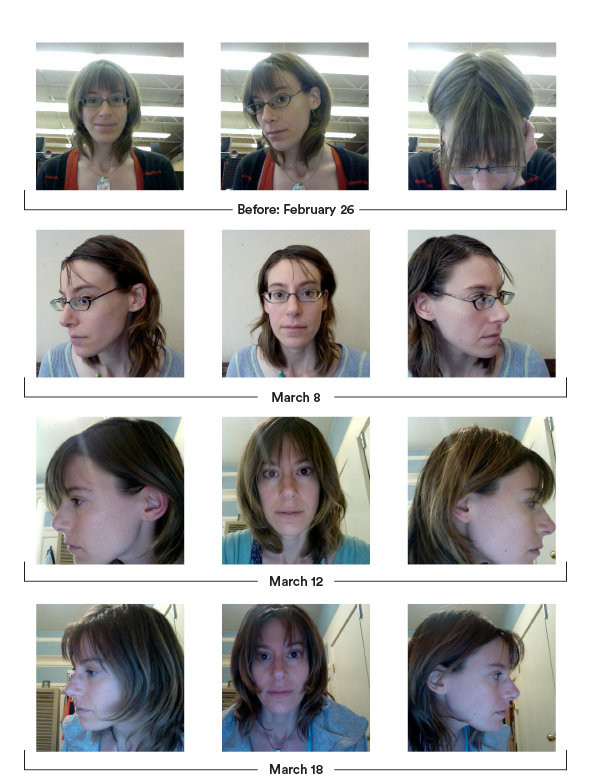 For the Health Issue this week, Julia Scott tested the claim by AOBiome that a living bacterial skin tonic composed of billions of cultivated Nitrosomonas eutropha, an ammonia-oxidizing bacteria, would make her skin feel cleaner and more hydrated. Part of her experiment included these headshots she took of herself. Scott recently talked about what it was really like not to shower with soap products for a month.

How did you first learn about the biotech start-up AOBiome, which developed the bacterial body spray?

I actually heard about AOBiome through a friend of mine, who is a more formal life-sciences reporter. He told me about this invisible live bacteria spray that a company was going to be trying to sell to people and persuade them to apply it to the skin. I was intrigued, to say the least.

I learned more about the product, and I also learned about the chemist, David Whitlock, who patented AO+ and hadn't showered or shampooed for 12 years. I was amazed that he was willing to test it out on himself in such an extreme way.

What kind of instructions were you given when you agreed to be subject No. 26 in AOBiome's study?

I visited the company in Cambridge, and I was given the spray and instructions to mist myself all over my face, hair and body every day for 28 days. I was also to be swabbed at a lab every week to see if there were any accompanying changes in my microbiome because of the bacteria I was adding.

I also filled out a survey every week just with anecdotal observations of my skin, and I took pictures of myself from week to week showing visible changes in my hair and my skin. 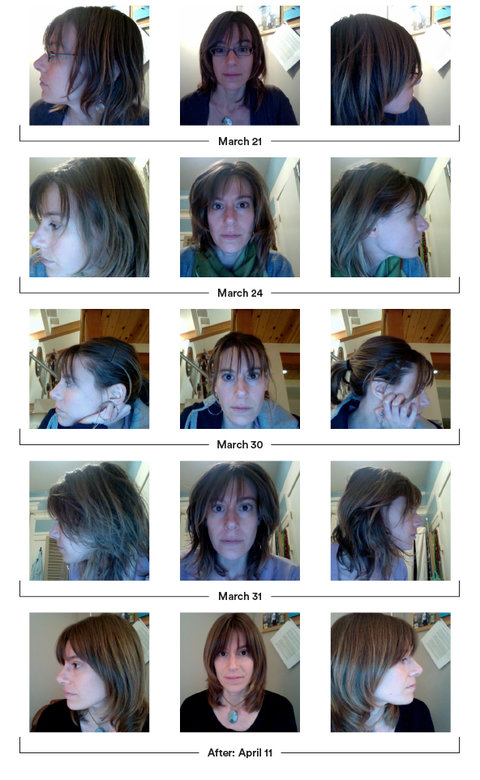 The pictures of yourself week to week show a visible change in your appearance. What was happening to you.

I spent 33 years doing my best to not smell myself and not find out what I looked like if I didn't shower. I hate the smell of grease in my hair, and I hate the feeling of oil on my skin, so I've worked really hard to avoid that, but here I was jumping in with both feet.

The first thing that happened was my hair got really disgusting immediately. It felt like I had poured half a jar of honey and left it to harden. Every time I touched my hair, I had to wash my hands (I did wash my hands with soap).

I started to smell a little bit and then, later, a lot. It turns out my natural odor is something between fresh-cut onions and pungent marijuana, and I would never have discovered that otherwise.

What is your cleaning regimen like now that you are done with your experiment?

So the experiment ended on Day 28, which was on April 1. I haven't used the product since then, but my regular cleaning regimen changed pretty radically after the experiment. I used to wash my hair every day. I used to use two different types of soap every day, but now all I have is a fragrance-free bar of soap and fragrance-free shampoo and conditioner. I use the soap under my arms, but I don't use soap on my face anymore. The idea of going back to my regimen with the chemical ferment I was applying to my body was just too much for me, and coupled with the feeling that at the end of the experience, I was removing good bacteria had me rethink a lot about how I approach my personal jungle of flora.

If AOBiome got to the point where it was mass-marketing AO+, would you continue using it?

One thing I really want to make clear is AOBiome is not selling a shampoo or soap substitute. I stopped using shampoo because I wanted to see what would happen if I just sprayed the mist. So I wouldn't use the probiotic spray as anything except an additive to my normal cleaning routine although the company contends that users may find themselves with less of a need for cleaning products, which has been my experience so far.